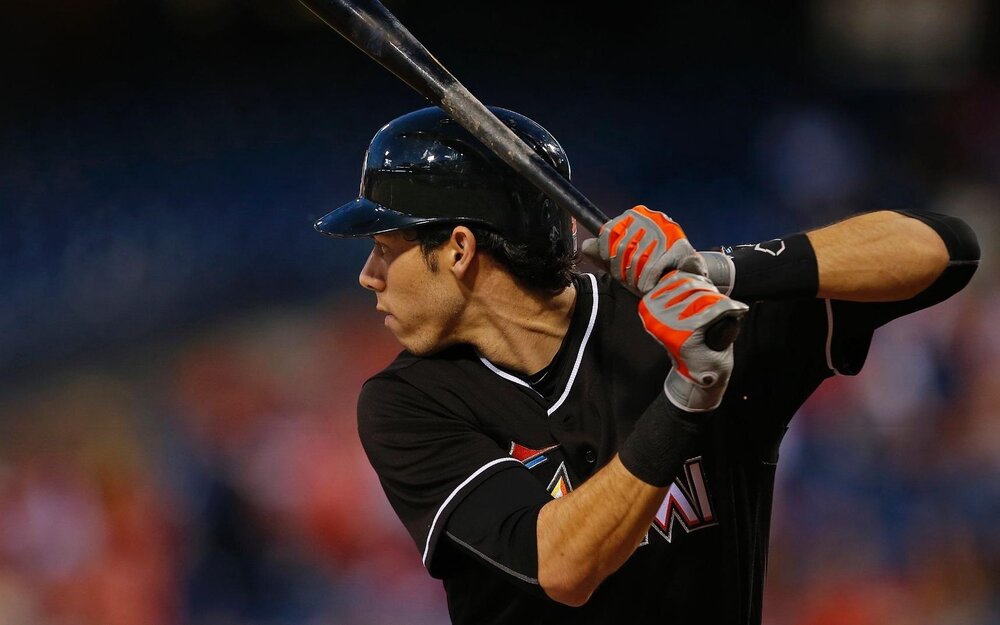 Christian Yelich (OF - MIL) - Yelich hit for the cycle on Wednesday, and maybe this will be the day that gets him going again. There's really quite a bit of reason for optimism if you ask me: he's only struck out 10 times in his last 60 ABs and has lowered his swinging strike for the 3rd straight season, and his exit velocity and FB rate have jumped back up quite a bit after last year's sizable drop. The Statcast data looks so good, in fact, that even before Wednesday's explosion his xAVG was .291 and his xSLG was .588 (his actual AVG and SLG were .234 and .411 respectively). I think he's back....the numbers are just taking a while to figure it out. Love him as a buy low candidate if you can swing it.

Chad Kuhl (SP - COL) - Kuhl picked up his first loss of the year, allowing 5 runs on 10 baserunners in 4 2/3 innings against SF. The control issues that plague him from time to time jumped up to bite him in this outing, but even so Kuhl managed 15 swinging strikes and 8 K's on 101 pitches in the contest, and therein lies the real increase in his value this year: he's continued to miss more bats for the 3rd straight season. This time it's accompanied by a sizable jump in chase rate as well, and the control has been better in general (just not Wednesday). I'm tempering my enthusiasm, as he's only had two starts in Coors so far vs. 4 on the road, but after a home game against these same Giants next week he should have two more road starts to follow. I do believe that the increased K rate makes Kuhl a worthwhile back-end starter right now....he's definitely still only a streamer, but he has a bit of my confidence right now for sure.

Brendan Donovan/Paul DeJong (MIF - STL) - The Cards are finally moving on, at least temporarily, from Paul DeJong at SS. DeJong was demoted to AAA on Tuesday, leaving Tommy Edman, Brendan Donovan, and the rehabbing Edmundo Sosa as the middle infield options in St. Louis. We know what Edman is and Sosa strikes me as a utility infielder from what I've seen, but Donovan is at least a little intriguing. A 2018 draftee that had a total of 500 professional PAs coming into last year, Donovan hit .300 with 12 HR and 19 SB over 108 G at 3 levels last season, showing solid contact ability and just enough power and speed to be interesting. I've picked him up in my deeper leagues where he's available since the DeJong demotion, figuring that he'll at least get a look (he was 2-2 with 2 2B and 2 BB on Wednesday against BAL). I don't think he's a standard league pickup right now unless you have a MI need, but he's worth a gamble in deep leagues with his broad-based modest skill set.

Tyler Stephenson (C - CIN) - Stephenson has gone 5-9 with 3 2Bs over the past two games, and he's now hitting 322/397/559 on the year through 59 ABs. I really do like Stephenson's strike zone discipline (excellent) and contact ability (decent), but the 2015 1st round pick has been extremely fortunate according to his Statcast data (xAVG .212, xSLG .366 prior to Wednesday's game). The exit velo is low enough that I do think the power will have a tough time getting past average, but honestly, when you combine that with above average contact ability/strike zone judgment, he could easily be a top-12 C. The bottom line here for me is that, while I think Stephenson is a starting-caliber C, I don't see the same potential others do here and I wouldn't mind shopping him if others place more value on him.

Alex Cobb (SP - SF) - Cobb wasn't quite as dominant on Wednesday as he was in his last outing, but he still held the Rockies to 3 hits and 1 run over 5 1/3 innings to pick up his 2nd win of the year, walking 2 and striking out 6. Since looking out of sorts in his first start off the IL, Cobb has allowed just 3 runs while fanning 14 batters over 10 1/3 IP in the two starts since. As such, I have full confidence in him again: the increased velo and GB rate are sizable enough to be really excited about. I could see a ceiling of an SP3 this season between those increased peripherals and that excellent home park.

Tweets by Fantistics
Nasty Nestor Strikes Again - May 10, 2022
Hot Starts for Veterans: Should we buy them?