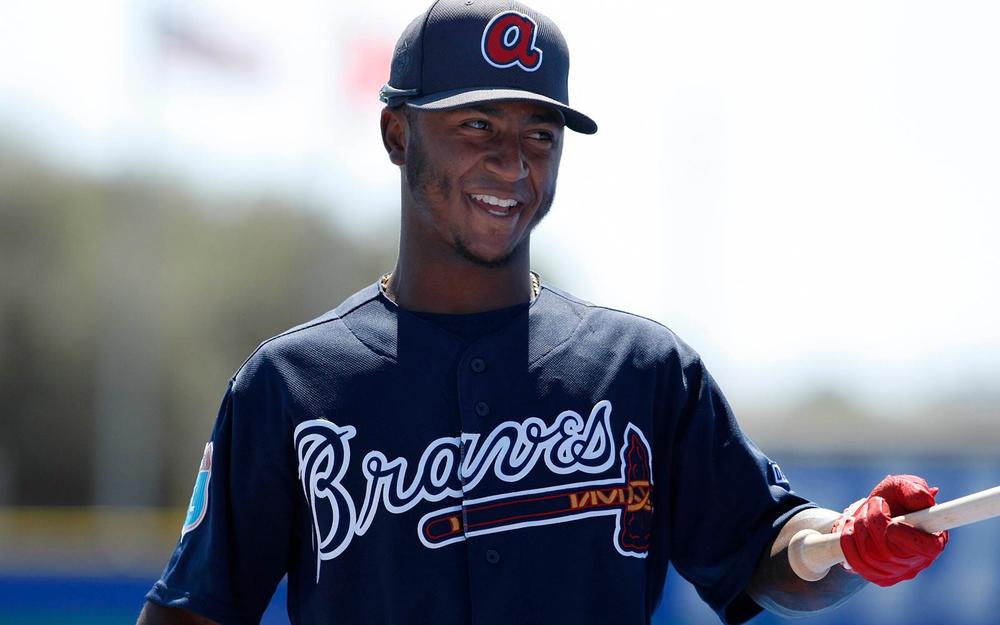 Ozzie Albies was 1-4 with an RBI against the Pirates. Albies is hitting .249 with 7 HR, 32 R 29 RBI, and 3 SB. He could be viewed as a disappointment by some that drafted him but those are the same people that ignored the career year he had in 2021. Albies plate skills remain above-average (17% K) but the hard contact has disappeared (5% Barrels and 26% Hardhit). The concerning part is that he is pulling the ball more than ever (49% Pull) which is normally good for increased hard contact, not the opposite. He has just 1 HR since April 24th. The only glaring sign of his struggles is a career-high 45% O-swing which is a sign that he is pressing at the plate. He is putting too much pressure on himself to hit for power when he should be trusting his ability to make contact above all else. Once he gets back to looking for and hitting his pitch, the power numbers will come back but there is no guarantee when that will be.

Anthony Rizzo was 0-4 with 1BB against the Cubs. Rizzo is hitting .211 with 14 HR, 33 R, 39 RBI, and 4 SB. The power increase has been nice for fantasy managers because his average has been a disappointment. Yankee Stadium has been very beneficial to Rizzo. He is hitting .255 with 10 HR at home compared to .172 with 4 HR on the road. Overall, he has plus plate skills (10% BB and 17% K) to go along with a power profile (50% FB, 11% Barrels, and 113.3 mph maxEV). Rizzo isn't going to help you in the batting average category with his current skills profile but he will provide value across the other four categories.

Josh Naylor was 0-2 with 2 BB against the Athletics. Naylor is hitting .271 with 7 HR, 17 R, 30 RBI, and 0 SB. The increased power is the result of a career-high flyball rate (34% FB) and Hardhit% (44%). These are the steps that we wanted Naylor to take because he always had the ability to make contact (career 19% K) which gave him a nice floor and the potential to increase power as he matured. This is what he has done and the Guardians need for competent outfielders has given him an everyday role. He is not going to provide any value in stolen bases so he is going to need to keep the power gains with the batting average to hold his fantasy appeal for the rest of the season.

Ian Happ was 1-5 with 1 BB and 1 SB against the Yankees. Happ is hitting .267 with 6 HR, 27 R, 29 RBI, and 5 SB. He has done a good job cutting down his strikeout rate (20% K) while maintaining his walk rate (14% BB). Happ has done a good job of not chasing out of the zone (28% O-swing) but this new approach has cut down on his power drastically. He is now hitting 50% GB which doesn't help his power metrics. Happis still hitting the ball hard (42% Hardhit) but the change in launch angles has resulted in fewer barrels (9% Barrels) and a lower HR/FB (12%). He is pacing towards a 20 HR/10 SB season with a respectable batting average which is going to return value on where you drafted him despite the reduced power.

Dany Jimenez came on to protect a two-run lead and ended up blowing the save and the game. He gave up 3 ER in 0.1 IP on 2 H and 2 BB. Jimenez is likely done as the A's closer after this one. He has given up 11 ER over his last five appearances. The lack of strikeouts (24% K) for a reliever coupled with poor command (11% BB) was never a recipe for long-term success. The A's best bullpen arm has been AJ Puk (1.85 ERA and 1.03 WHIP) but it remains to be seen if the A's will give him the opportunity. Zach Jackson is the other name to look out for but he also struggles with control.

Tweets by Fantistics
Buy Low Outfielders and Is McClanahan the best?
Time to Order a Burger? - June 12, 2022