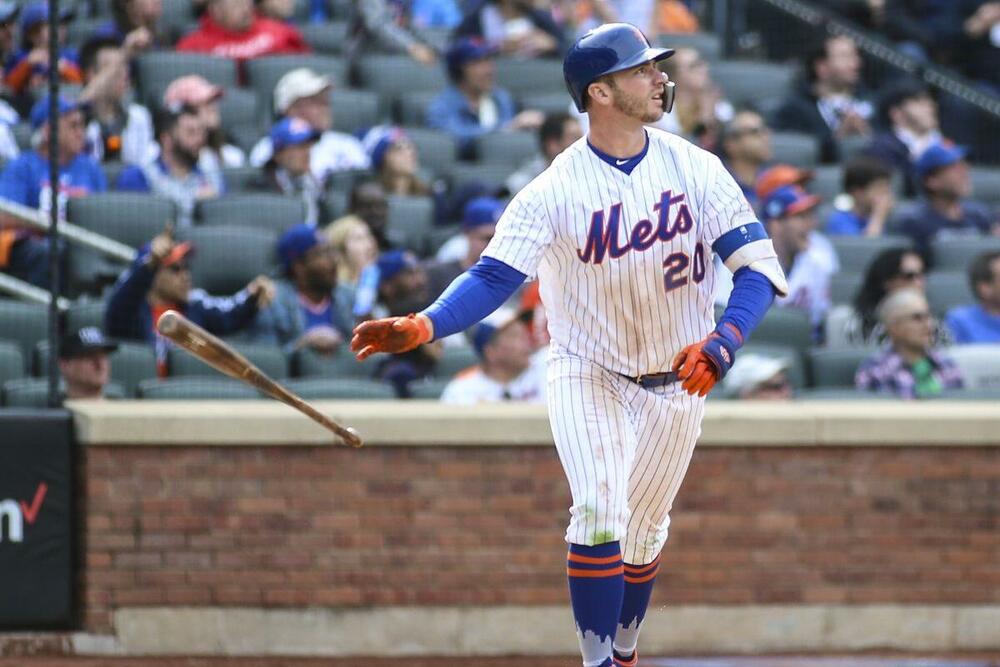 Alonso hit a pair of solo homers in Miami on Sunday evening. The Polar Bear currently leads the majors with 68 RBI, and his two-homer night gives him 22 on the season, which is tied for second-most across the league. Alonso has been a very successful hitter during his career, but he might be amidst his best season yet. A career-low 11.2% SwStr% and career-best 86.9% Z-Contact % has him slashing at a .281/.358/.366 clip (all career bests). In addition, Alonso's hefty .386 wOBA and 155 wRC+ are career-bests, and both rank in the top 15 across the majors this season. He has played in 72 of the Mets' 73 games and is on pace for 45+ homers and 140+ RBI.

Javier hurled 7.0 innings of no-hit ball in New York on Saturday afternoon. The bullpen came in to finish the game and didn't surrender a hit, giving the Astros a combined no-hitter. It was a masterful performance by the 25-year-old, as he piled up 13 strikeouts and walked just one while earning a victory against baseball's best team. Javier is now 5-3 with a 2.73 ERA and 2.75/3.87 FIP/xFIP in his 14 appearances (10 starts) this season. He has only surrendered more than two earned runs in two of his 2022 appearances (7 ER and 5 ER); if you take those away, his ERA is a ridiculous 1.14. Javier owns a troublesome 3.87 BB/9, and the biggest reason those two games got out of hand was a lack of control (7 BB across the two starts). When he is in control, hitters have difficulty with his stuff, as his 31.7% O-Swing%, 12.5% SwStr%, and 11.63 K/9 can attest. Being his first season as a consistent starting pitcher in the majors, you should expect some regression over the second half of the season. Regardless, Javier has been a blessing to fantasy owners, and there is no reason to think he won't continue to be a fantasy commodity for the foreseeable future.

Donovan went 1 for 3 with a walk and a pair of RBI last night against the Cubs. The versatile rookie continues to impress with his bat control, making it hard for Manager Oliver Marmol to keep him out of the lineup. He doesn't do much in the way of power (1 HR) or speed (2 SB), but his 6.3% SwStr% and 94.1% Z-Contact% make him a very difficult out. He owns a hefty 13.0% BB% and is slashing .311/.422/.416 in 192 plate appearances this season. Donovan is a better real baseball player than a fantasy one; however, he will be a player to keep an eye on in the Cardinals' lineup for years to come.

Smith hit his 11th homer and extended his modest hitting streak to seven games on Saturday night. The hard-hitting backstop is 12 for 31 with three home runs and six RBI during the hitting streak and has gone deep four times in the last nine games. Smith had been a bit disappointing until this recent hot stretch, but it appears he has found his stroke and is looking like a top-end fantasy catcher once again. With a 15.1% K%, Smith has drastically improved his K-rate (19.7% career) and has been hitting more line drives (25.9% LD%) rather than fly balls (44.7% FB%). This may hurt his home run numbers a bit, but it should make him a more consistent hitter in the long run.

Swanson stayed hot with a 2 for 4 night, including a two-run bomb. He is now riding an eight-game hitting streak in which he is batting a robust .438 (14-32) with four homers and six RBI. The 28-year-old is having a career season, using a career-best 47.3% HardHit% to turn in a hefty .307/.371/.511 triple-slash line. With 13 home runs on the season, Swanson should challenge the career-high 27 he posted a season ago. He also has a career-high 11 stolen bases in 14 attempts to sweeten his already sweet stat line.