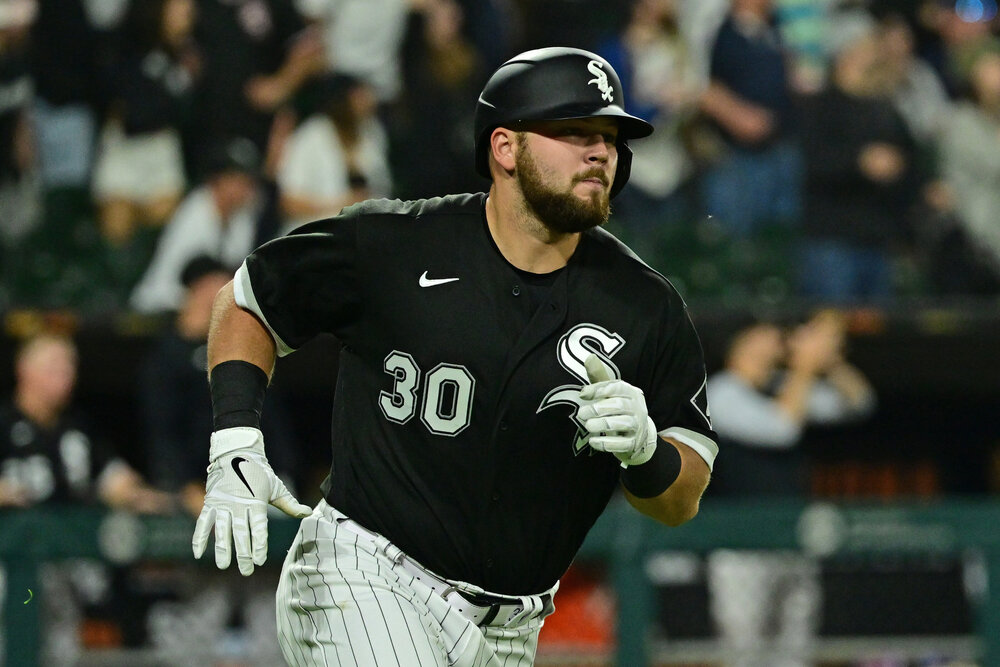 Burger stayed hot on Saturday going 2-5 with his 8th HR of the season in a loss to the Rangers. He is now slashing a strong .280/.326/.528 for the season along with 8 HR's and 22 RBI through 36 games. He has been blistering hot over the past couple of weeks, hitting .346 with 6 HR's and 15 RBI over his last 14 games. Burger is striking out at a 29.4% clip this season and his SwStr% is a bloated 17.2%, so he's unlikely to hit for a high BA in the long term (he has been helped by a .346 BABIP this season). However, the power seems legit, as he has a strong 44.0% HardHit%, while hitting plenty of fly balls (43.4% FB%). In fact, his .573 xSLG entering Saturday suggests that he's been getting a bit unlucky in the power department. As long as he keeps getting regular playing time, expect Burger to provide solid HR and RBI totals, but don't count on him to help your BA.

Arraez went 3-5 with his 3rd HR of the season against the Rays on Saturday, raising his BA to an eye-popping .367 for the season. He has been especially sizzling recently, batting .427 (38-89) with 25 runs scored over his last 22 games. Arraez continues to be an elite contact hitter, recording an 8.2% K% so far this season, and while his .394 BABIP is bound to drop some, he's a career .347 BABIP-er, so expect him to remain in contention for the batting title. Arraez's overall fantasy value is limited as he only really contributes in 2 categories (BA and runs) but when he's doing this much in those two categories, he can still be an asset.

Cruz went 2-4 with a HR and 3 RBI against the Brewers on Saturday, as he continues to show that he is apparently not done yet. He has now homered in back-to-back games and 3 times over his last 7 contests, after going through a 19-game homerless streak. While the power has just started coming on lately, Cruz has actually been hitting well for the past month, batting .370 over his last 30 games with 23 RBI during that span. He has a strong 45.6% HardHit% for the season, while his xSLG is nearly 100 points higher than his actual SLG. Nearing age 42, Father Time hasn't beaten Cruz quite yet.

Garcia went 2-5 with a HR (12) and 3 RBI against the White Sox on Saturday. Over his last 15 games, Garcia is hitting .297 with 6 HR's and 14 RBI, while tacking on 4 SB's to boot. He is still striking out a lot, but the power is there, and with a 46.1% HardHit%, we shouldn't expect the power to leave anytime soon. Speed is an underrated part of Garcia's game, as he has racked up 24 steals in 204 games over the past two seasons. His contact struggles may prevent him from helping you in the BA category, but his power-speed combo makes him worthy of a spot on fantasy rosters.

Greene had another strong start against the Cardinals on Saturday allowing just 1 ER on 2 hits in 5 IP, while walking 2 and striking out 7. Greene's ERA still sits at an underwhelming 5.10 for the season, but his underlying numbers are much better as he owns a 3.95 xFIP and 11.85 K/9 on the year. His strikeout numbers have been remarkably consistent as well, as he has now struck out at least 6 batters in each of his last 9 starts and in 11 of his 12 starts overall. His surface numbers have been improving recently, as he has compiled a 3.20 ERA, 0.99 WHIP, and 50 strikeouts in 39.1 IP over his last 7 starts. He makes for an intriguing waiver wire pickup in fantasy leagues where he is still available.

Tweets by Fantistics
Where has Ozzie Albies power disappeared to?
Matt Carpenter - More than an Injury Replacement? - June 13, 2022