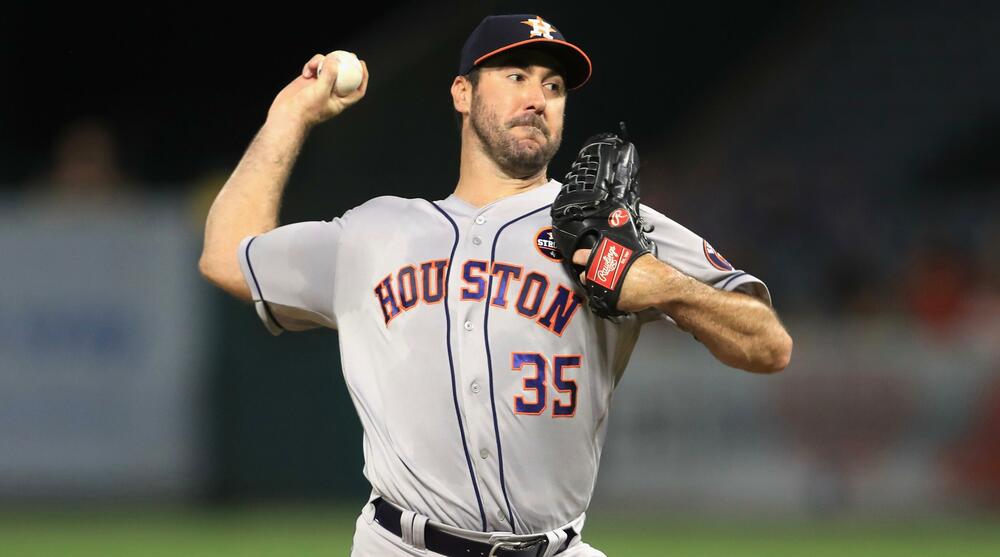 Verlander twirled a gem against the NL East-leading Mets on Wednesday night. He didn't surrender a run while striking out six and giving up two hits and one walk. Despite missing virtually all of the 2020 and 2021 seasons due to Tommy John surgery, the 39-year-old is having an incredible 2022 campaign. He hasn't been as dominant as he was in previous years, which is to be expected, but he has been fantastic nonetheless. Despite an underwhelming 8.32 K/9 (his worst since 2015) and 3.56 xFIP (worst since 2017), Verlander has posted a 2.02 ERA across 97.1 innings, both of which rank in the top five across the MLB. After 469 starts and over 3,085 innings pitched, one would think the two-time Cy Young winner would show more signs of slowing down...but not even his fastball has lost its zip...In fact, Verlander's average four-seam fastball velocity (vFA) in 2022 is 95.0, while his career vFA is 94.8 MPH.

Haase hit a two-run homer to lead the Tigers to victory on Wednesday in San Fransisco. It was his only hit in the contest, but it proved important, as the 6th inning blast gave the Tigers a lead they wouldn't relinquish. The 29-year-old showed some promise last season when he swatted 22 homers in 381 plate appearances. Unfortunately, he started the 2022 campaign very sluggishly, so he has been entirely forgotten about in fantasy circles (1.6% owned in ESPN leagues). Haase has picked it up recently, so if you are one of the many fantasy owners with an unreliable backstop, you might want to keep an eye on him. He is hitting .323 (10 for 31) with five extra-base hits (3 HR) and nine RBI in his last nine games. In those contests, he has 11 strikeouts and just one walk, so he hasn't improved his free-swinging ways (26.4% K% and 6.2% BB% in '22), but he has discovered something. Haase probably won't be worth an add until he improves upon his 38.4% O-Swing% and 14.8% SwStr%, but if you are streaming catchers at the moment, he might not be the worst guy to give a week or two of playing time to.

Clevinger hurled 6.0 innings of shutout ball in Arizona on Wednesday afternoon. It was the longest and best outing of the season for the 31-year-old veteran. With a 2.79 ERA and 9.62 K/9, Clevinger has been effective in his seven outings this season. Still, how much the right-hander has battled various injuries after his 2021 season was wiped away due to Tommy John surgery is worrisome. What's also troubling is that he currently owns a career-worst 9.8 SwStr%, 86.9% Z-Contact%, and 36.4% HardHit%. Clevinger has shown to be a worthy fantasy starter in the past (career 3.20 ERA and 10.00 K/9 in 565.1 innings), so many owners (60.4% owned in ESPN leagues) have held onto him through all his injuries thus far. However, due to the injury history, age, and suspect underlying stats, owners shouldn't feel compelled to keep him should another injury (or rough spell) arise.

Judge hit his major league-leading 29th home run on Wednesday afternoon against the As. It was a two-run shot that gives him 59 RBI this season, which is good for 4th in the majors. The 30-year-old slugger has been enjoying an incredible 2022 campaign. Until now, Judge hasn't been able to entirely recapture the magic he had back in his 2017 rookie season. As long as he stays healthy, which is always the caveat with Judge, he should provide his most productive season since his historic rookie campaign. He currently owns a career-low 10.8% SwStr% and a .416 wOBA, his best since the 2017 season.