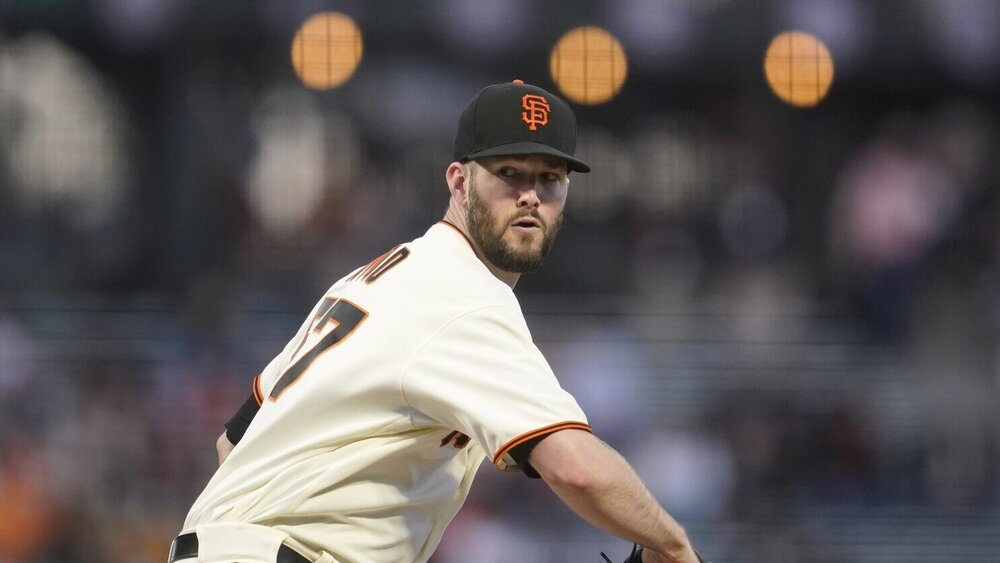 Alex Wood- P- SF- Hot- Wood is due some regression to the mean and he got some yesterday. He didn't allow a hit until the 6th inning and ended up allowing 3 hits and walking 1 while striking out 8 in 7 IP. He was efficient, needing 83 pitches (56 strikes) to get through the outing. Going into the game Wood had a 4.83 ERA and 3.43 FIP, a difference of 1.39. Now the difference is only 1.18, with a 4.43 ERA and 3.25 FIP. In his previous 2 starts Wood allowed a total of 4 ERs across 10.2 IP, not walking a batter, and striking out 10. Wood's fundamentals have been solid and now the output may be following.

Carlos Santana- 1B- SEA- Hot- Santana has gotten hot this month with his new team. Over the past couple of games, he has rediscovered his power stroke also. After going 2-for-3 with 2 homers, 3 runs, and 3 RBI yesterday Santana has 3 homers in his last 2 games. Since July started, he has gone 10-for-30 with the 3 homers, 8 runs, 6 RBI, and 5 walks in 9 games. For the season, Santana has walked (43) more times than he has struck out (38.) He also has a 90.4 EV and 43.7%. Both of those numbers have increase since he joined the Mariners. Santana is looking like the player who hit 34 homers in 2019. He only has 7 in 259 PAs right now, but his pace looks to be picking up.

Jose Siri- OF- HOU- Rise Value- With Yordan Alvarez out until after the All-Star Break, Siri will likely get some playing time. While his previous stints with the Astros this season were pretty dreadful (.185/.248/.315 slash line in 141 PAs) he did hit 3 homers and steal 6 bases. At AAA Sugar Land Siri slashed .311/.373/.867 in 51 PAs. With the Astros he has an EV of 89.1 and HardHit% of 41.2%. Siri has missed a lot of pitches (18.0% SwStr%) but does some damage when he connects. His .256 BABIP indicates that regression will be his friend. How much he can take advantage of it will depend some on whether he can increase his plate discipline. The possibility of steals adds a little extra to his overall value.

Eric Lauer- MIL- P- Hot- Lauer didn't quite get a quality start yesterday, as he did in his first July start. However, it was a definite improvement over most of his June outings. Lauer allowed 3 runs (2 ERs) on 6 hits and a walk while striking out 7 over 5 IP. He threw 70 of his 102 pitches for strikes. Last month Lauer posted a 6.83 ERA, allowing 21 ERs in 27.2 IP across 5 starts. He walked 8 while striking out 19. His output in July has been more like the excellent numbers he put up before June, when he had a 2.49 ERA. Lauer did have a 3.75 FIP, so last month may have just been some regression to the mean.