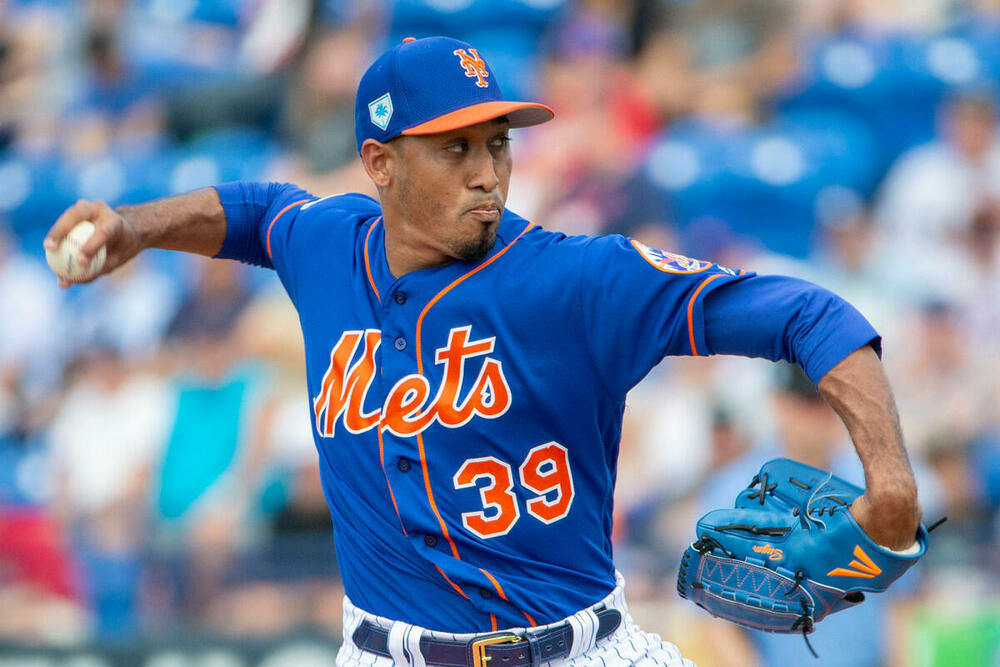 Diaz struck out the side in the 9th to secure his 19th save. It was his ninth straight successful save opportunity and fourth straight perfect inning. The hard-throwing veteran hasn't allowed a run in his last 10 appearances, lowering his ERA to 1.73 and his xFIP to 0.86. He is in the conversation for top relief pitcher, fueled by the rising save totals and a career-best 22% swinging-strike rate, 38.5% CSW rate and 40% chase rate. His strikeout rate is an astounding 50.4 percent! Think about that. Diaz is striking out more than half of the batters he faces. Meanwhile, when batters do make contact, they are hitting the ball with a measly 86-mph average exit velocity. Rare contact and weak contact are good measures of a pitcher's success, and few have been more successful than Edwin Diaz.

After failing to record a multi-hit game in his first 12 big league appearances, Pasquantino tallied two of them on Monday. He hit a home run and singled in Kansas City's Game 1 win and then followed that with a pair of singles and a pair of walks in the Royals' doubleheader-clinching sweep. The hits were inevitably coming as Pasquantino was crushing the ball but came into the day with a .152 BABIP. Two of his hits, including the home run, had exit velocities of 105 miles per hour. He has a 53% hard-hit rate and a 12% barrel rate. The Royals didn't hesitate when his production was lacking and hopefully fantasy owners didn't jump ship. In fact, he has continued his superb plate discipline from the minor leagues, making 91% contact, which combined with his elite quality of contact, makes the rookie's prospects special. If an owner in your league is only looking at the surface stats, start the trade conversations NOW!

The highly-touted prospect struggled for his second-straight big league start, allowing five runs on seven hits and three walks in four innings. On the positive side, he struck out five batters, but a lack of command, something that developed at AAA-Worcester, is suppressing his talent. He equally distributed his four pitches, using his 97-mph fastball significantly more and also increasing the use of his slider, which generated a 33% CSW rate. Unfortunately for the 23 year old, the Rays were patient and forced the Red Sox to go to their bullpen after Bello threw 82 pitches. After two career starts against the Rays, Bello should again be avoided in a third start at Yankee Stadium this weekend. However, the skill level and pitch mix is intriguing. Bello will need to recapture the command that guided him through the lower levels of the minor leagues.

Cronenworth took advantage of the hitter-friendly atmosphere at Coors Field, reaching base four times, including his first home run since June 20. Leading off for the first time since May, the versatile infielder bucked a recent slump to lift his batting average back above .240. Cronenworth's disappointing season correlates with a significant decline in quality of contact. After emerging into the big leagues with a 10.5% barrel rate and 42.7% hard-hit rate in 2020, those numbers dropped to 7.2% and 34.6% respectively in 2021, and the decline has continued in 2022 as he has a 5% barrel rate and 33.7% hard-hit rate. However, three of his batted balls on Monday had exit velocities over 98 miles per hour. All three were launched at an angle over 15 degrees, and his home run was his 14th barrel this season. A four-game series in Colorado is just the antidote to extract a hitter from a prolonged slump, and Cronenworth hopes that's the case. At the very least, he should be productive over his next three starts.

Castillo made his fourth straight start in right field, and he should continue to see more action in the outfield, with the recent injury to Bryan Reynolds. The Pirates rookie had a pair of singles and a pair of RBI's hitting fifth in the Pittsburgh lineup. The rebuilding Bucs haven't shied away from the young slugger, in spite of a batting average hovering around the Mendoza Line. That has allowed the former Yankees prospect to tally 10 home runs in 232 plate appearances. Castillo's struggles are more likely a result of a lack of plate discipline, something that didn't impact his minor league numbers. In fact, he had a swinging-strike rate just over six percent last season, but it ballooned to 11% in his first major league season. Because he has exhibited above-average discipline in his minor league career, it's reasonable to expect improvement with more major league experience. If he can hold onto above-average quality of contact, the development for the multi-position eligible rookie is encouraging.