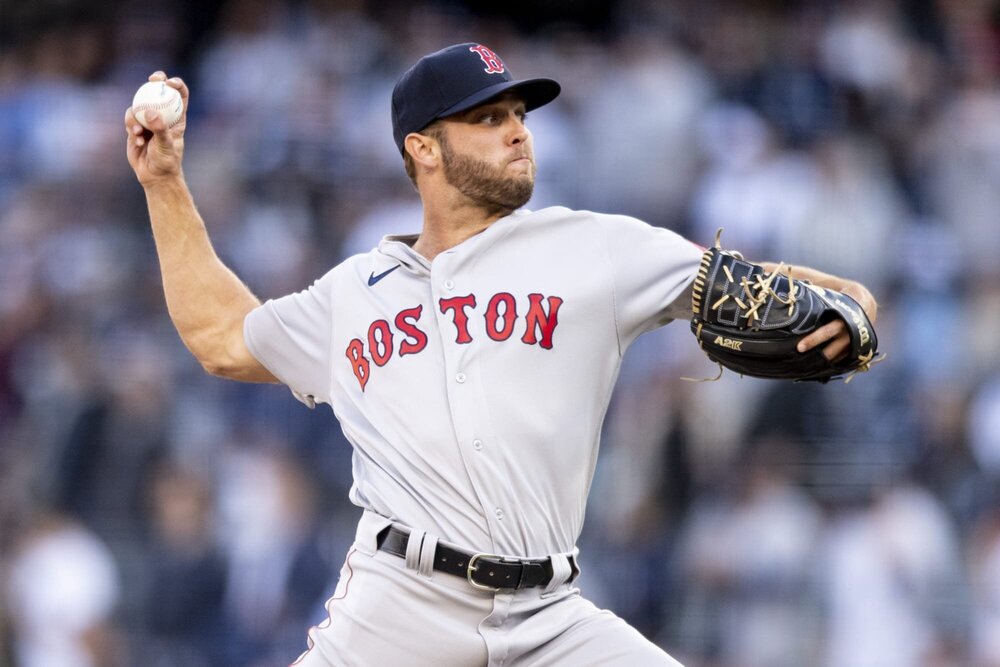 Crawford served as the bulk reliever for the Red Sox on Monday and struck out 8 in 5.1 scoreless innings, while allowing just 2 hits and 1 BB against the Rays. He was used as a regular reliever earlier in the season, but he made two starts in June before making Monday's appearance as the primary pitcher due to an injury to scheduled starter Michael Wacha. In these last 3 outings, Crawford has compiled a 2.51 ERA and 18:5 K:BB across 14.1 IP. He has recorded an excellent 154:26 K:BB in the minors since the start of 2021, so he certainly has a track record of success. It's unclear when Crawford will make his next appearance, but he'll be interesting to keep an eye on whenever he gets his next opportunity.

Rutschman ended a four game hitless streak by going 2-4 with a double and an RBI in Monday's game against the Rangers. Despite the mini-slump, Rutschman is still hitting .270 with a .541 SLG over his last 20 games and has struck out just 15% of the time during that stretch. He hasn't shown a ton of HR power early in his big league career, but with 11 doubles in his last 20 games, it's clear that the power is there, and more homeruns are bound to follow. It's hard to argue that Rutschman is not a top-10 catcher at this point, and it's somewhat surprising that he's still available in about half of ESPN leagues.

Santana went 2-2 with 2 runs and 2 BB's against the Padres on Monday, as he continues to try and turn his season around after an awful start. Since the start of June, he is hitting .325 with a superb .458 OBP between time with the Royals and Mariners. His power is still mysteriously missing even though his 42.2% HardHit% and 42.2% FB% are both solid and slightly above his career norms. Santana's .443 xSLG is over 100 points higher than his actual .323 mark, so it seems like he has been quite unlucky. While it's nice to see that Santana isn't quite done yet and his numbers are likely to continue to improve, he still holds most of his value in OBP leagues thanks to his elite 17.6% BB%.

Schoop had a big day in a doubleheader against the Guardians on Monday, going a combined 6-8 with a double, an RBI, 3 runs scored, and a SB in the two games. Like much of the Tigers offense, Schoop has been terrible this year as he entered Monday with a paltry .531 OPS for the season and just 6 HR's in 74 games. And things have even been a bit worse recently as since the start of June, he has hit just 1 HR and recorded just 1 BB across 28 games. Schoop's peripherals are not nearly as bad as his surface stats; his 20.8% K% would be one of the best marks of his career, while his 41.7% HardHit% would be a career high. However, he has been dragged down by a .243 BABIP and 8.1% HR/FB, both career lows. Everything suggests that there will be positive regression for Schoop, although I'm not in a rush to grab him until he starts heating up.

Suzuki returned from the IL on Monday and went 2-4 with an inside-the-park HR against the Brewers Suzuki hit 4 HR's in his first 9 games of the season to start the year, but he hadn't homered at all in the 32 games since (and he still hasn't in the traditional sense). Expect more HR's to come, as he has a bloated 51.1% FB% and a 90.4 EV. The BA may be an issue with an elevated 29.3% K%, but Suzuki should still have value as a power-speed threat.