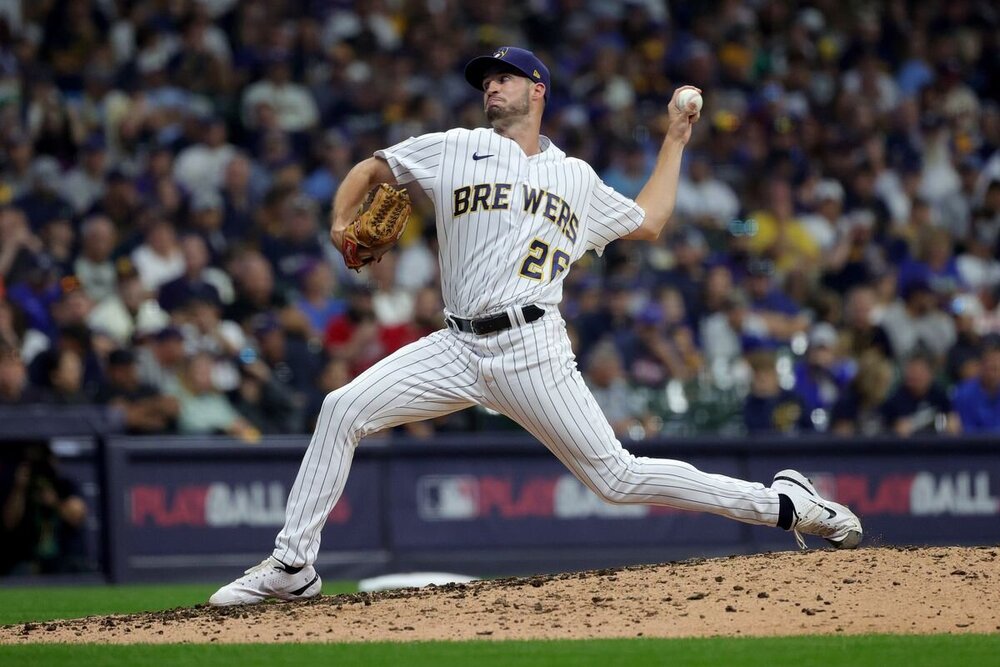 Aaron Ashby- P- MIL- Caution- In his last start, Ashby was touched for 6 runs in 5 IP against the Cubs. It marked the 3rd time in his last 4 starts that he has given up at least 4 runs (although in one game where he gave up 5 runs they were all unearned.) Ashby's fastball was also clocked at more than a mph slower than he had been posting regularly. He has also walked 10 batters in 20.1 IP in those 4 games. Ashby has thrown 96.1 IP this year, an inning more than his total for all of 2021. He also threw a season-high 111 pitches in the start prior to this cold stretch. It could very well be a combination of general fatigue and specific overuse that has hampered his success. While his FIP in the first half was 3.94, it has risen to 4.40 in the second half.

Scott Effross- RP- NYY- Stats- Last week, Effross was deemed one of the Yankees' closing options while Clay Holmes is on the IL. Unfortunately for Effross, this coincided with the Bronx Bombers going into a tailspin, where they have lost 6 of their last 7 games. He came over from the Cubs in a deadline deal and has continued to put up decent numbers. Effross has a 2.75 ERA overall, with 2 saves and 15 holds. He has good control, with a 2.24 BB/9 and 9.97 K/9. One of his saves came in one of his 8 appearances with New York and he has picked up 2 holds. His value will be more in leagues that count holds.

James Karinchak- RP- CLE- Idea- Karinchak hasn't allowed a run since July 6, his second appearance of the season. Since then he has allowed 6 hits and 8 walks while striking out 31 in 16.1 IP. Karinchak is looking like a righthanded version of Josh Hader. It hasn't translated into save opportunities yet. Karinchak did save 11 games last year, and closer is likely to be the role Karinchak assumes at some point, even if it's not this season. Right now he is in a setup role, although he only has 2 holds in his 16 games. He has bounced back from the shoulder injury that delayed the start of his 2022 season.

Cole Irvin- P- OAK- Cold- It looks like regression to the mean has hit Irvin hard. Over his last 2 starts he has given up 11 runs (10 ERs) in 12 IP on 14 hits and 3 walks while striking out 3. Before these two starts Irvin had a 2.92 ERA and 3.85 FIP. Now Irvin owns a 3.33 ERA and 4.09 FIP. So while the difference has shrunk, the underlying FIP has increased. This doesn't bode well for a strong finish to the season.

Shea Langeliers- C- OAK- Rookie- The A's brought up part of the haul they got for Matt Olson, promoting Langeliers last week. He has already hit his first MLB homer, which is his prime asset. He was hitting .283 in addition to 19 homers in 402 PAs at AAA Las Vegas, so his average will likely be decent as well. Langeliers' 21.9% K% at AAA was not bad for a slugger. Oakland isn't in a hurry to give him the full-time job, so he will still share the catching duties with Sean Murphy. In keeper leagues Langeliers will have more value as the catcher of the future.