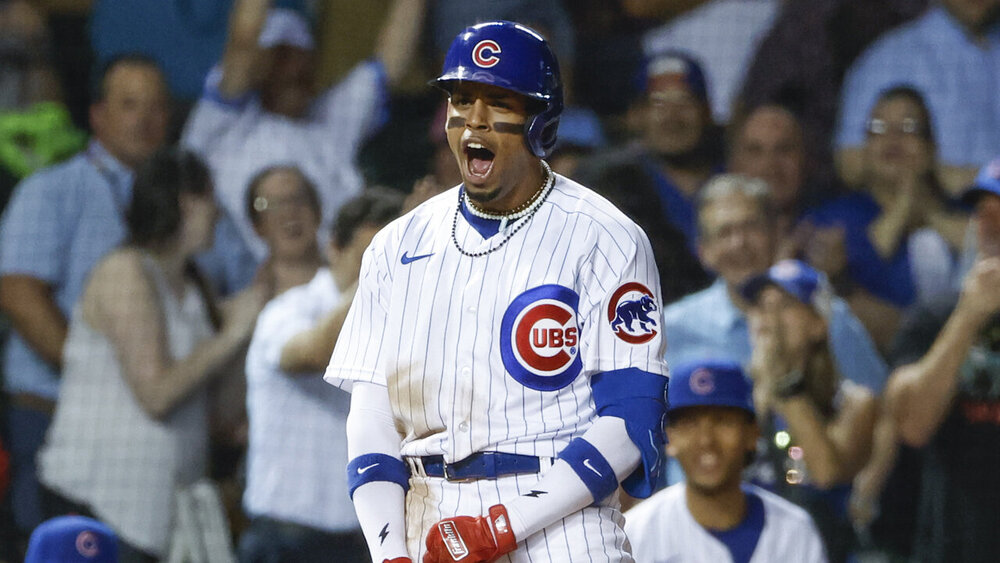 Cal Quantrill earned a victory over the Orioles on Tuesday, allowing just one run on one hit and three walks with four strikeouts over six innings. Quantrill was nearly unhittable against Baltimore, which is unusual for a pitcher who pitches to contact and doesn't miss many bats. It was actually his second one-hit outing in his last four starts, although the three walks were his most in an outing since May 25. Tuesday's gem closes the book on a stellar August for Quantrill, who went 4-0 with a 2.13 ERA and a 27:8 K/BB ratio in 38 innings this month. That brings his season record to 11-5 with a 3.50 ERA, as he's now won seven consecutive decisions. The Guardians have won his last 10 starts since his most recent loss on July 5, as Quantrill continues to thrive thanks to his sharp command (2.5 BB/9) and ability to generate weak contact. He'll look to carry his hot streak into September with a home start against the Mariners on Sunday up next.

Randy Arozarena powered the Rays to a 7-2 win over the Marlins on Tuesday, going 3-for-5 with a solo homer, two runs scored, and two stolen bases. The 2021 AL Rookie of the Year did a bit of everything, flashing his power and his speed during his third straight multi-hit game. He saved his best for last with a homer in the ninth, putting the exclamation mark on Tampa Bay's victory. He now has 18 long balls to go along with 26 steals, putting him on track for a second consecutive 20/20 season. Six of those homers have come during August, as he's been swinging a hot bat this month with a .323 average, 15 extra-base hits, 23 RBIs, and six steals in 25 games. Arozarena is peaking at the right time for the Rays, who have edged ahead of the Mariners and Blue Jays for the top Wild Card spot in the AL. The 27-year-old is streaky, but when he's hot like this he can help carry a fantasy team with his contributions across multiple categories.

Sean Murphy paced the A's' 10-6 victory over the Nationals on Tuesday, going 3-for-5 with a homer, two runs, and five RBIs. Murphy delivered the death blow with his fifth-inning grand slam, turning a one-run lead into a five-run lead with his first career salami. The four-bagger was his 17th of the season, matching his career-high from last year. He's now up to 58 RBIs as well, putting him just one behind his personal best from last year. The 27-year-old has been one of the best-hitting backstops in baseball this year, clubbing 30 doubles and batting .258 with a .789 OPS. After struggling a bit in his first full season last year, Murphy has delivered on the promise he showed during abbreviated campaigns in 2019 and 2020. And while catchers tend to wear down in the second half as their workload catches up to them, Murphy has seen his numbers steadily improve throughout the course of the season.

Christopher Morel went 2-for-4 with a double, a homer, and two RBIs against the Blue Jays on Tuesday. The 23-year-old rookie snapped out of an 0-for-17 skid at the plate with a big game, taking Kevin Gausman deep for a solo shot to lead off the sixth inning and doubling home another run in the seventh. It was Morel's first game with multiple extra-base hits since his epic 5-for-5 performance back on June 30. Morel has seen his numbers nosedive since late July, however, as he seems to have hit the rookie wall. Over his last 28 games dating back to July 25, he's batting just .157 with only three walks and 31 strikeouts. The lack of plate discipline and poor batted ball luck during that span (.174 BABIP) have been killer, as has his 36.0% whiff rate during that time. The scuffling rookie has been dropped from the leadoff spot to the nine-hole as a result and has seen his playing time reduced, sharply diminishing his fantasy value despite his eligibility at multiple positions.

George Kirby cruised to an easy win over the Tigers on Tuesday, tossing five shutout innings with just two hits and one walk allowed while striking out five. The Mariners gave Kirby plenty of run support with nine runs through five, so there was no need for him to pitch deeper into the game, especially with the team trying to be careful with his innings. It also helped that he was going up against Detroit's anemic offense, enabling him to improve to 6-3 with a 3.16 ERA in 19 starts this year. The 24-year-old rookie is showing no signs of slowing down after surpassing the 100-inning mark on Tuesday, especially since he's averaging over a strikeout per inning alongside a 7.6 K/BB ratio. Kirby has been one of the best first-year players in baseball this year and would have a real shot at AL Rookie of the Year were it not for teammate Julio Rodriguez. Kirby lines up to face the Guardians on the road this weekend, but don't expect him to go more than five or six innings, which caps his fantasy ceiling somewhat.

Tweets by Fantistics
Some potential stars make their debuts - August 30, 2022
A Lance Lynn Renaissance Down the Stretch? - August 31st, 2022