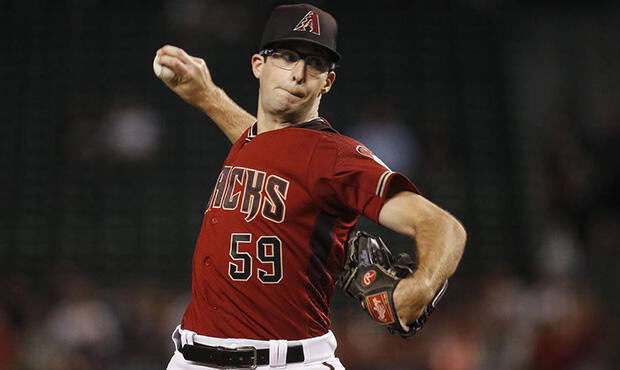 Zac Gallen went 7.1 IP and gave up 0 ER on 4 H, 0 BB, and 12 K's against the Giants. Gallen has been on a hot streak since the All-Star break. He had a 1.14 ERA in 31.2 IP since the break and improved those numbers with today's start. On the year, he has a 2.78 ERA and 0.96 WHIP. Gallen has been successful due to good control (7% BB), just enough strikeouts (24% K), and the ability to get ground balls (49% GB). During this recent hot streak, he has shown more success with his breaking balls which has led to 27% K and 6% BB which would put him as a borderline elite starter which his traditional numbers suggest but not his underlying skills. He should be able to keep the ball rolling next week with a matchup against the Royals.

Sean Murphy was 0-3 with a walk against the Rangers. The Athletics recently called up catching prospect Shea Langeliers but Murphy owners don't need to be concerned. Murphy is arguably the Athletics' best hitter so he will continue to play regularly whether it is at DH like today or behind the plate. Murphy is hitting .249 with 16 HR, 51 R, 52 RBI, and 1 SB which puts him in the top catchers in dollars earned in12-team mixed league formats. He has improved his strikeout rate (21% K) while maintaining a good eye (8% BB) and quality of contact (12% Barrels and 41% Hardhit). The home park is not ideal but he has shown that he has the skills to be a top-tier fantasy catcher regardless.

Jeremy Pena was 2-5 with 2 R and 1 BB against the White Sox. Pena has been struggling in the second half (.202 AVG) and really it goes back until the beginning of July. He has hit .210 with 6 HR, 18 R, 14 RBI, and 1 SB since July 1st. Pena has been dealing with small injuries over that time period but it is still not encouraging heading into the home stretch. Overall, he is hitting .251 with 15 HR, 50 R, 41 RBI, and 7 SB. The hype train got started with his hot start to the year but he is on pace to finish with a 20 HR/10 SB season with a .250ish batting average which is a very nice value given where he was drafted. His profile (5% BB, 39% O-swing) is going to lead to a lot of up and down periods for him so the hope is that he is an adjustment away from a hot stretch to end the year.

Andrew Vaughn was 1-5 with 1 R against the Astros. On the year, he is hitting .295 with 13 HR, 47 R, 58 RBI, and 0 SB. His plate skills are elite (16% K and 6% BB). The low strikeout rate combined with a strong quality of contact (7% Barrels and 49% Hardhit) is an excellent pairing. The good news for dynasty owners is that Vaughn has an even higher ceiling in which he trades a little bit of average for even more power. He hits the ball hard often but 47% GB limits his power numbers. He is young enough and skilled enough in his ability to make contact this is likely to happen probably sooner rather than later.