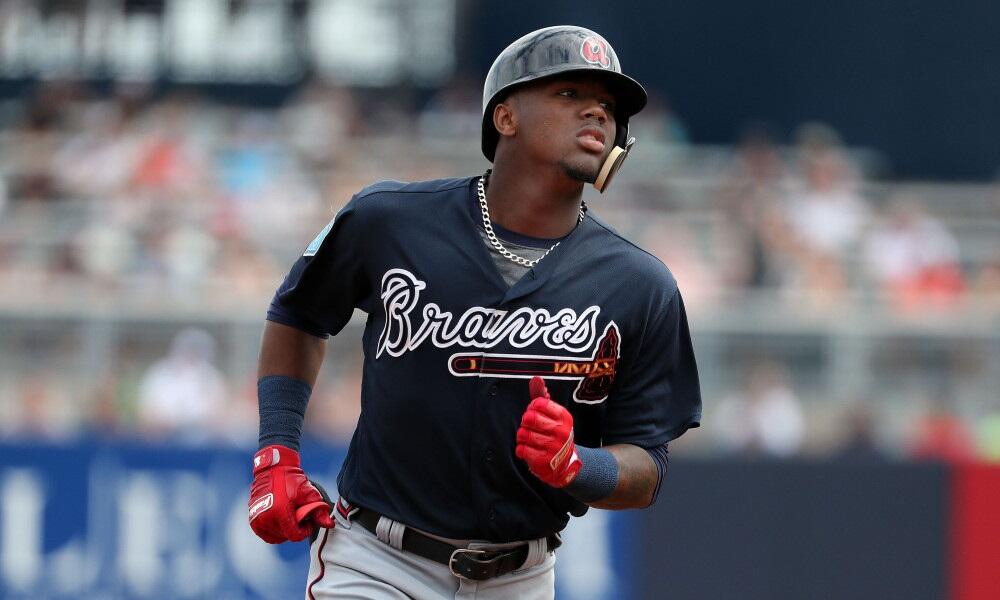 Corey Kluber went 7 IP and gave up 1 ER on 6 H, 1 BB, and 2 K's against the Astros. Kluber has a 4.30 ERA and 1.18 WHIP through 155 IP. The ERA doesn't match the WHIP which calls for further digging. Kluber has an elite walk rate (3% BB) but has struggled to miss bats (21% K) which has left him susceptible to batted ball luck (.309 BABIP and 70% LOB). He has also had a higher home run rate (1.10 HR/9) than in his career (0.91 HR/9). Kluber should see some regression (3.79 SIERA) mainly due to better luck on balls in play but it is important to point out that he is working with a career-low fastball velocity (88.9 mph). This makes it hard to buy into a bounce-back next year and leaves Kluber as a streamer in most mixed leagues. He gets a two-start week next week with matchups against the Guardians and Astros on the road. If you need wins and strikeouts he is in play but if you are protecting ratios it would be hard to start him.

Ronald Acuna Jr. was 2-5 with 1 R and 1 RBI against the Nationals. Acuna Jr. is hitting .270 with 13 HR, 65 R, 45 RBI, 28 SB. It hasn't been a bad year for fantasy purposes but it also hasn't been what we have expected from Acuna, especially in the power department. His core skills still look very good. He has strong plate skills (24% K and 10% BB) and quality of contact metrics (13% Barrels and 51% Hardhit). The biggest difference has been 48% GB this year compared to 31% FB last year. This concern is that it hasn't improved as the season has gone along. Acuna is at 50% GB in the second half. Over the offseason, this is something that he can work on and improve. There is a very good chance that he returns to form next year when he gets healthy.

Christian Yelich was 0-4 with 4 LOB against the Mets. On the year, Yelich is hitting .260 with 12 HR, 94 R, 53 RBI, and 16 SB. Overall, it's a valuable fantasy season but not what was expected from Yelich based on his first two monster seasons in Milwaukee. The reality is that this is the same Yelich from most of his career minus those two seasons. He has good plate skills (24% K and BB) and hits the ball hard (8% Barrels and 50% Hardhit). The problem for Yelich is that he hits too many groundballs (58% GB). The other issue that has become a recurring issue for him is back problems. They haven't caused him to miss many games this year but he has mentioned in the past that it requires a lot of attention and preparation to remain on the field. Shifting our perspective on Yelich is key because he is no longer a 25+ HR bat nor is he a .300 hitter. However, he still has fantasy value as long as he continues to steal bases. A .260+ AVG with double-digit HR/SB is valuable in mixed league formats. Getting him at a good value in 2023 drafts should be the goal.

Jesus Luzardo went 6.2 IP and gave up 1 ER on 3 H, 1 BB, and 11 K's against the Cubs. Luzardo has a 3.57 ERA and 1.05 WHIP through 16 GS. He has had a very nice bounce-back season in Miami. It has been filled with injury but when on the field, Luzardo has looked like a different pitcher. He is missing bats (28% K) which is something that his raw stuff always pointed towards. His walk rate is slightly concerning (9% BB) but that is manageable with 28% K and he has shown good control throughout the minors so there is a good chance he can improve the more he is on the mound. Luzardo has been fortunate on balls in play (.250 BABIP) but also unlucky in terms of men left on base (69%). Those two things should cancel each other out over the long term which is why his 3.62 SIERA is right in line with what he has done so far. Luzardo remains a high upside arm that carries a fair amount of risk due to his past poor performances and spotty health track record.