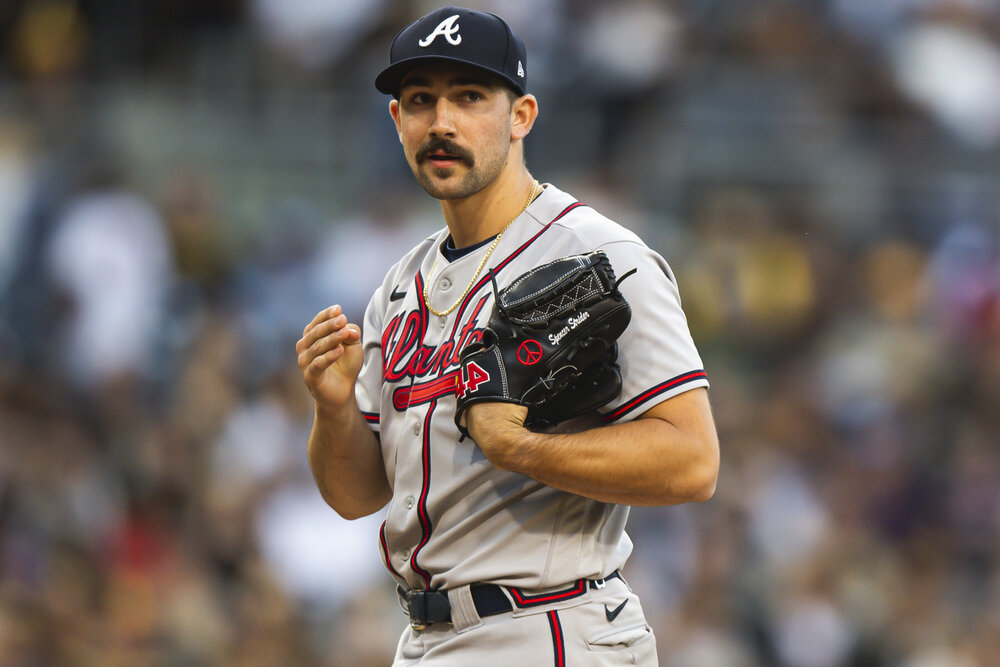 Strider had a performance for the ages on Thursday striking out 16 batters in 8 shutout innings, while allowing just 2 hits and no BB's against the Rockies. Instead of fading down the stretch, Strider has been phenomenal recently recording an 0.90 ERA and 32:3 K:BB across 20 IP over his last 3 starts. For the season, Strider leads all of baseball with a 13.66 K/9 and ranks 2nd with a 2.33 xFIP. His 174 K's overall rank among the top ten in baseball despite not having joined the Braves' rotation until late May! In short, Strider has elevated himself to being one of the top pitchers in the game, and he should be viewed as such going forward.

Aguilar made his Orioles debut against the Guardians on Thursday, but went 0-4 with 3 K's in the contest. After being cut by the Marlins about a week ago, Aguilar will now have a chance to play for a team contending for a playoff spot. He has had a couple of very productive seasons throughout his big league career, but 2022 has not really been one of them, as he's hitting just .234 with 15 HR's and a .668 OPS through 460 PA's. His 87.7 EV is his lowest mark since 2016; he's been above 89.0 each year since then. He's also striking out 5% more than either of the last two seasons. Aguilar has especially struggled in the 2nd half, hitting .181 with 4 HR's and a 27.0% K% across 31 games. Baltimore has a better hitting venue than Miami, but it's hard to rely on the veteran slugger given his mediocre results this season.

Gilbert was dominant against the Tigers on Thursday, striking out 9 in 6 shutout innings, while allowing just 2 hits and 1 BB in the victory. He is coming off a rough August in which he posted a 5.06 ERA and 1.69 WHIP, along with an unpleasant 15:9 K:BB across 26.2 IP (5 starts). Gilbert had compiled a 2.78 ERA through the first four months of the season, but he was due for some regression with a 3.65 xFIP. Thursday's outing could be partially written off as an easy matchup against one of the league's worst offenses, but Gilbert is clearly a lot better than his August struggles suggest. Right now, he should be viewed as a solid ERA-in-the-3.00's type of pitcher, rather than as a Cy Young contender.

Kershaw made his return from the IL on Thursday and allowed 1 ER on 1 hit and 3 BB's in 5 IP against the Mets, while striking out 6 in the contest. This was Kershaw's first start in nearly a month and he looked rusty at the get go, allowing a hit and 3 BB's in the first inning, but he then went on to toss four perfect innings before exiting after 74 pitches. The Dodgers will likely extend Kershaw a bit further over the final month of the season than they did on Thursday, but one would have to assume that the team will still be extremely careful with the oft-injured ace. That said, he needs to be started in all formats considering his 2.59 ERA, 0.97 WHIP, and 94:18 K:BB through 90.1 IP.

Waldichuk made his MLB debut for the A's on Thursday and allowed 1 ER on 5 hits and 4 BB's in 4.2 IP while striking out 6 against the Nationals. It could have been a lot worse allowing 9 baserunners in less than 5 innings, but for now the rookie can boast having a 1.93 ERA. Waldichuk posted high strikeout rates throughout his minor league career but his walk rates were quite high as well, and both of those trends continued in his big league debut. We'll need to see him improve his control issues before giving him serious consideration in fantasy.