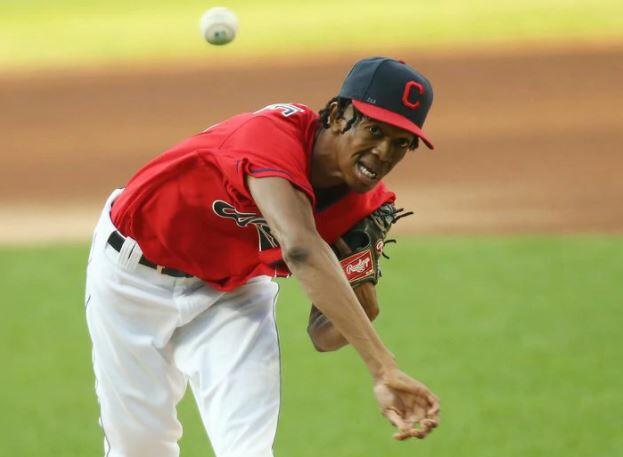 McKenzie wrapped up his regular season with five one-run innings, including four strikeouts and no walks. He allowed four hits and finished the 2022 season with a 2.96 ERA (3.77 xFIP). He finishes with a LOB% over 80%, a big difference from 2021, when his LOB% was 68.3%. He also benefited from a significant decline in HR/FB rate, finishing with a 10.3% mark. His breakout season wasn't all based on luck, however. McKenzie dropped his walk rate nearly in half. He continues to generate a low BABIP because of a super high flyball rate. The BABIP is sustainable, but whether he can repeat the 10% HR/FB rate is in question. The real key for McKenzie will be maintaining the low walk rate. He probably doesn't post a sub-3.00 ERA again next year, but the gains made in 2022 fare well for McKenzie's future fantasy value.

Keller closes out his season with five two-run innings and five strikeouts. He allowed six hits and two walks with one home run allowed. It's not often a pitcher reinvents himself midseason but Keller did just that. After struggling for the first month-and-a-half, Keller was demoted to the bullpen before returning to the starting rotation in late May. Since July 11, he has a 2.71 ERA with 72 strikeouts in 83 innings. He allowed three runs or less in each of his final eight starts and carries a heap of momentum in 2023. The improvement came with a slight dip in velocity, but his slider also declined in velo and that turned into a very successful pitch, generating a .216 batting average. Keller enters 2023 with only 329 innings pitched. After emerging as a breakout candidate in 2022 and frustrating fantasy owners at the start of the season, Keller will likely be on some sleeper lists again in '23.

De La Cruz carried the Marlins offense to a surprising 4-0 win over Atlanta. The 25-year-old outfielder had three hits and three RBIs, falling a triple shy of the cycle. He hit his 13th home run and raised his wRC+ over 100 for the season. De La Cruz had cooled off after a scorching run in mid-September, but Monday's performance punctuates his strong finish to the season. He showed some promise as a rookie in 2021 and despite mediocre returns this season, his expected stats are much more kind (.281 xBA, .491 xSLG). Those are based on a 90.6-mph average exit velocity, 11.5% barrel rate and 47% hard-hit rate. He has a poor EYE and a concerning batted-ball profile (40% pull rate), but he really hits the ball hard and thrives on line drives. The truth is his .249 batting average should be much higher, and that means fantasy owners can likely get De La Cruz at a steep discount next season. He has the potential to return top-30 results among outfielders.

Franco had three hits, including his sixth home run of the season. However, it was his first long ball in three months. After popping seven home runs in 281 at-bats as a rookie, Franco has actually seen a decrease to his HR/PA in 2022, currently sitting at six homers in 313 at-bats. He makes excellent contact and rarely strikes out, but the young infielder hasn't given any indication there will be a huge power surge at some point. Sure, he is only 21 years old and has less than 600 career at-bats, but his barrel rate is a measly 4.3% and his average exit velocity is a below-average 87.3%. He has good-but-not-great speed and probably won't steal more than 15 bases per season. Likewise, his home run potential is probably capped in the high teens, low 20's. He should have a perennial high-.200's batting average, but among the injuries and the lack of elite power or speed, Franco just doesn't profile as a top fantasy shortstop.

Yelich posted his first multi-hit game in his past 13 appearances, although it included his second home run in the last three games. If he hits another homer in the last two games of the season, Yelich will finish with a 15/15 season (he currently has 18 stolen bases) for the fourth time in his career. However, there's no denying there is some disappointment as the former MVP, who hit 80 home runs combined between 2018 and 2019, has shown no semblance of the power that carried him to stardom with the Brewers. Yelich ranks among the league leaders in quality of contact but it is still a decline from his best seasons, and while he peaked at a 11.3-degree launch angle in 2019, he has posted sub-4.0 launch angles each of the past two seasons. He has dealt with injuries, notably shoulder and back issues. Those will affect a swing path unlike anything else, and while the book isn't closed on the 30-year-old outfielder, he should no longer be considered a top-20 outfielder.

Tweets by Fantistics
Albert Pujols is going out with a bang - October 3, 2022