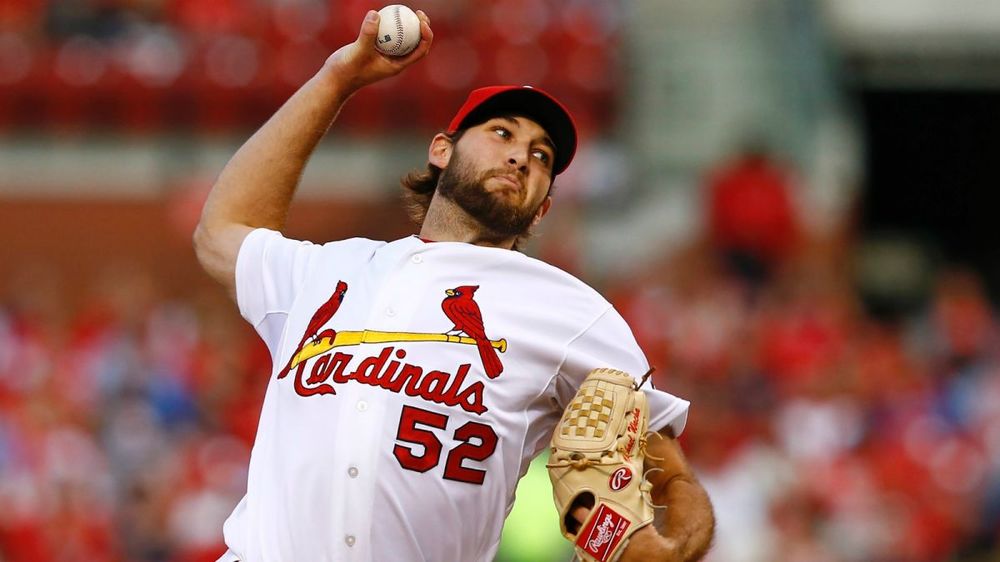 Average Draft Position (ADP) should never be the end-all, be-all when it comes to mapping out your draft. Still, it serves as a top signifier of 'the way the wind is blowing,' as we get closer to Opening Day. Let's be honest, that magazine you bought on the way to the draft room was put together back in late-December. It's missing free agents who signed late. It's missing rookies who've emerged in camp. It's missing all the injuries that have piled up over three months. In other words, it's missing a load of the most important things!

My goal over the next (now) three weeks (every Wednesday) is to follow the trends and movements, to tell you why a certain player is going up or down, and to give you my take on whether or not it's warranted. Our numbers will come from the National Fantasy Baseball Championship, courtesy of their director, Greg Ambrosious.

If there are specific players or positions you would like me to discuss over the coming weeks, just let me know in the 'Comments' section at the end of each column.

For this week ... we'll take a look at the 2017 prospects for some camp heroes, run-through the current rocky times in the Rockies, and check-in on yet another shoulder injury in Cleveland.

Three weeks into Spring Training action and we're starting to see some relatively overlooked players earn some positive reviews. Alas, we can all recite the same bedtime story ... 'Spring training numbers don't mean anything.' ... unless they do!

With the season less than three weeks away, here's a look at some mid-camp standouts that might be catching your attention. You'll find that most of them shape up more as spring standouts and not as season-long assets ...

Cron is a name that many will recognize from previous seasons. He seems to always be on the verge of becoming noteworthy before gravity or injury inevitably works its' voodoo. With Albert Pujols taking it easy on his healing foot this spring, Cron has taken advantage of his more than 30 at-bats. He has 13 hits in 31 ABs and five of them have gone for extra-bases (two homers). Beyond that bat, he's lumbered home nine times and even snatch a couple of steals (five career SBs in over 300 regular season games). Cron certainly possesses 20 home run power and if everything broke in the right direction, he'd drive in 80 for the Angels. Beyond the usual 1B-type numbers, Cron actually is threat to hit .280. All this makes him a very good bench selection in 12-team leagues.

It was lesss than 30 months ago that Wacha was considered a sure-fire SP star. He was coming off a remarkable call-up at the end of the 2014 season that featured a ton of postseason success. But, it's been mostly middling, at best, since then. A rare and continual stress reaction in the right-hander's shoulder has caused his career to stall out. He arrived in Florida last month with no guarantee of a rotation spot, even if he remained healthy. Good news for him, though ... Anthony Reyes wasn't healthy. With Reyes out because of Tommy John surgery Wacha is considered a good bet for the starting five. He's taken advantage of the new lease by dominating 13 spring innings. He's rediscovered the leverage he needed for his change-up to excel and that's kept opposing hitters guessing to the tune of just 12 total hits. Wacha has also found his touch on the punchout with a K-rate near 1 per inning. In recent years he was sitting in the .75 range. There will always be concerns with the sporadic and unpredictable nature of the 25-year old's shoulder issue, but you can feel good about selecting him as a bench arm on most any fantasy squad.

The hype on Haniger has been crackling since the calendar flipped to 2017. A trade from Arizona to Seattle opened up a starting gig for the youngster. The opportunity has arrived after he crushed his way to a 1.000 OPS in 130 AAA-games a year ago. His bat is enticing enough, but he also now gets to be a part of what everyone assumes will be a run-heavy approach in Seattle. In other words, in a year where steals appear difficult to find, Haniger could be a sleeper for 15 or so.

The wave is nearing its' crest. Haniger has done little to disavow the happy rumblings, with a spring average over .400 and a half-dozen XBHs. The above ADP is not a true indication of where he is going at this exact moment. If you want him, you will probably have to call out his name in the 220-240 range.

So, is he worth it? He should have the RF gig, but you do have to understand he's firmly stuck in the bottom-half of the Seattle batting order. A run at 20 homers, 70+ RBIs, and double-digit SBs is a best-case scenario. If you are able to nab him as the 5th OF on your team, I'll applaud.

Polanco makes this list because of his 11 spring RBIs. Unfortunately, that's about all he's gone. In fact, it's what he doesn't have that makes him a questionable fantasy add. Polanco is likely stuck in a platoon with Eduardo Escobar (ADP #567) and that will limit any early-season upside. If he somehow does fall into a near-everyday gig, you'd still have a decent-but-not-good asset. He wouldn't excel anywhere even with a lot of playing time. He's not a bum, but he shouldn't be a target ... despite the successful Florida run.

We know that there is power in them there hills. Two years back, Blash clubbed 32 balls over the wall in a shade over 400 ABs at the AA and AAA-levels. With major and minor league exposure last year (and an injury) he managed 14 total HRs in under 300 ABs. But, even the Padres aren't much interested in all the oomph because if Blash isn't crushing the ball, then he's barely touching the ball. His K-rate is much too high and he has little to offer outside of his raw lift and push. His '17 spring numbers (5 homers, 13 RBIs, and a near-.350 batting mark) are the epitome of a spring tease. Even with the big-time showing so far, he's probably doomed to be the Padres 4th outfielder. He shouldn't be your outfielder.

It's apropos to follow Blash with Martinez. Both play the outfield. Both hit right-handed. Both are in their late-20s (Blash, 27, and Martinez, 28). Both are known to go nuclear when they are locked-in. Both are having impressive spring showings. And, ... both are tied to their teams' bench.

Martinez was expected to start the season in the minors, but he's timed a hot streak perfectly to catch the attention of the Cardinals' team brass. Seven of his 14 spring hits have gone for extra bases and with those ringing shots, he's driven in 10. He's a perfect complement off the bench, but unless there's an injury to the guys ahead of him he doesn't figure to see more than a handful of at-bats per week. NL-only players can take a bench shot. To the rest of you ... pass.

Cincinnati can't seem to make anything go right in their rotation. There's still the on-going and never-ending battle to get Homer Bailey (ADP #478) healthy. They also don't have a single healthy SP with an ADP rank in the top-90. I say 'healthy,' because the one guy inside the top-90 was Anthony DeSclafani (ADP #239, #66 among SPs) and he is now sitting without a return date because of an injured arm.

Thus, the Reds are now looking at three separate youngsters who have a total of four AAA starts. Romano is the one that has looked best in camp with 16 K's in just 10.2 innings of work. Beyond the sheer number of strikeouts he's also allowed just 11 total baserunners and two earned runs during his Arizona efforts.

It's not entirely unexpected. Romano turned in steady numbers last year at AA and has a knack for keeping the ball low in the zone and racking up grounders. He can reach the mid-90s with his fastball, but there's nothing elite in his arsenal. If things break well, he could be the Reds' 4th or 5th starter long-term. As is, he might make the team out of camp, but would be more wait-and-see than draft-and-hold for fantasy players.

Denver's winter had a little more life and warmth to it this year. For the first time in some time, there was a palpable belief that the Rockies were turning a corner and were close to contending for the playoffs. Then, this spring happened.

Much-hyped, David Dahl (ADP #98 and dropping) was the first to slip up and is out for an indefinite amount of time with a back injury. Colorado could have survived that alone, but now over the past half-week, they've also lost their starting 1B and starting C.

Ian Desmond (ADP #51) suffered a broken hand after getting plunked on Sunday. He'll have surgery mid-week and is quite certain to miss all of April and maybe more. At the very least, he should drop a 5-6 rounds in many drafts.

Next up was Tom Murphy (ADP #223) who came up with a fractured forearm after being struck by an Anthony Rizzo backswing. Murphy is also out for all of April. He was a solid 'Catcher 2' in leagues that start two back-stops. If you're particular league has a DL-spot available, he's still worth a late-round grab. When he does return, he figures to be a top-15 guy for the remainder of the season, so make use of that in-season 'Watch List' that will provide with a return date.

For over a year now, we've been awaiting a healthy Michael Brantley (ADP #226). The former All-Star has been promised to us many times, but has done nothing of any consequence since injuring his shoulder. Even now, we don't have a true return date. Let's hope that we aren't set for a repeat viewing of 'Liar, Liar,' with the current shoulder woes of 2B Jason Kipinis (ADP #96).

Just a couple of weeks after the Indians told us he would be fine, their tune has changed. Now, we're told that Kipnis has 'had a set-back' and that he'll 'be shutdown' and 're-evaluated in two weeks time.' This is all code for, 'He's injured and we don't know when he'll return. Even when he's back, we don't know if he'll be the same guy. Surgery may be in the cards and a DL-stint to begin the year is a near-certainty.'

For now, Kipnis is nothing except a fantasy back-up. Don't be shocked that the wait-and-see ends, but he's still not himself at the plate. That's how these types of injuries go. Push healthy options like Jose Peraza (ADP #117), Dustin Pedroia (ADP #143), and Ben Zobrist (ADP #175) all ahead of the Tribe's injured bat.