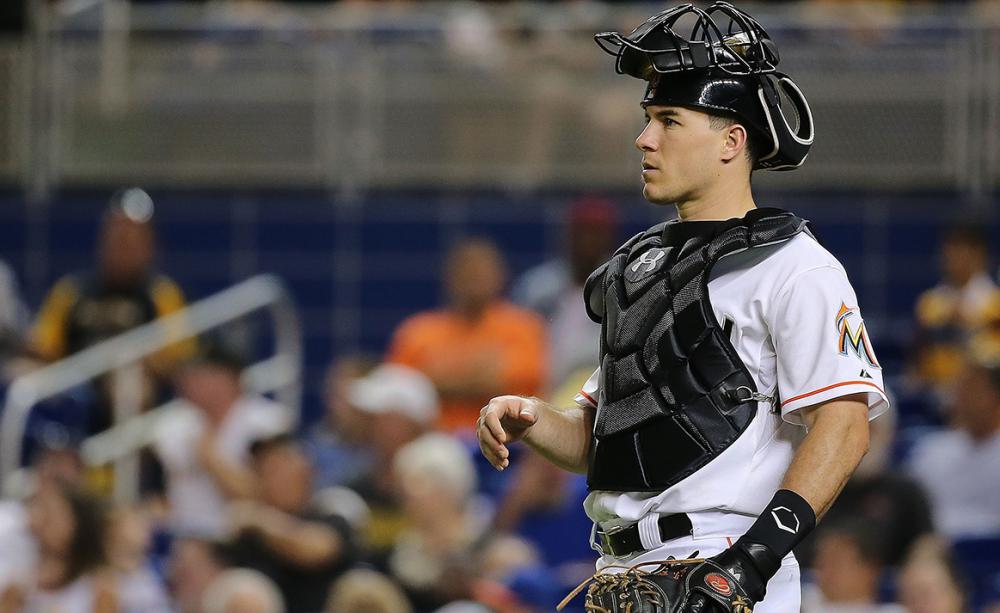 Jung Ho Kang has been denied a work visa and remains in limbo in South Korea. Reports suggest that a possible DUI arrest in a third country may be a reason behind the recent developments. And just like that Kang goes from a solid bargain play at pick 263 in the NFBC to an extremely risky pick who should be avoided until the reserve rounds, as there is a fair chance he may not play at all in 2017. Kang improved his walk rate by nearly four percentage points in 2016 while boosting his hard hit rate to an elite 39 percent, so if the work visa is granted, he is worth an immediate pickup in all formats.

Wouldn't It Be A Little Bit Weird If It Weren't Hanson Time?

In 2012, Alen Hanson was just as highly touted and ranked on prospect lists as Gregory Polanco. While GP has passed him considerably, don't be surprised to see Alen Hanson turn himself into a solid fantasy option. While the Kang news will likely benefit David Freese the most early in the season, I see Hanson, who is officially out of options, breaking camp as a super utility player who will finally get the shot he deserves. While his Triple-A numbers from the past two seasons look underwhelming--.704 OPS with a sub-.400 slugging percentage--reports suggest that he wasn't playing with motivation and focus. Add in the .909 OPS this Spring in 40 AB's and the positive reports coming from Pittsburgh about his focus and embrace of multiple positions, and you have the recipe for a high-upside pick in the reserve rounds.

To Hellickson and Back?

Jeremy Hellickson allowed one run on five hits and one walk with three strikeouts over 6 1/3 innings Friday vs. the Yankees, giving his owners hope that he is righting the ship just in time for the regular season. The veteran put things together in 2016, allowing an impressively low 25 percent hard hit rate while decreasing his walk rate to just under 6 percent. His 11 percent swinging strike rate indicates that his 20 percent strikeout rate is secure. As a back end option in standard leagues, you could do a lot worse than Hellickson; just be aware that the upside isn't much higher than what he showed in 2016.

Spring Training stats are overrated. And so are Minor league stats. I wouldn't read much into J.P. Crawford's 6-for-29 Spring, nor would I put much stock in the .688 OPS he posted across two MiLB levels in 2016. Crawford has elite plate discipline, above-average speed, and a plus hit tool that will one day make him a must-own fantasy option. Freddy Galvis' emergence as a viable option likely pushes Crawford's ETA to June at the earliest, but he's a name to keep in mind for his ability to contribute across the board. Keeper leaguers are advised to seek out a buy-low opportunity if owners are looking into the stagnating stats as indicators of skills.

Urena averaged over 95 MPH on his fastball in 2016 while mixing in a healthy dose of two-seamers, sliders, and changeups, yet, he posted a 15 percent strikeout rate and allowed a 32 percent hard hit rate. I think there is something here, however, and if he can improve upon his 56 percent first pitch strike rate and 8 percent walk rate, I see his stuff playing up. Adam Conley may be the favorite to break camp as the fifth starter, but add Urena to your scout team as a high-upside arm to keep in mind as the season progresses.

Is J.T. Bringing Sexy Back to the Catcher Position?

The Marlins are reportedly going to give Realmuto a shot at first base against left-handed pitching, which should give him an extra 40-50 AB's to add to his counting stats. While his .357 BABIP doesn't appear to be sustainable given his batted ball profile, Realmuto's contact skills and surprising speed make him one of the top options at the position. In today's environment, I prefer drafting two catchers that have regular playing time assured; with the recent news of Realmuto's role to spell Bour at first against lefties, he fits what I'm looking for at pick 112 in the NFBC.

Spring Notes from Around the League:

Derek Norris (C-FA): Derek Norris appears to be on the verge of signing with the Rays, which, if true, would provide a huge boost to his fantasy value. His 2016 .238 BABIP was nearly 60 points below his career norm despite his posting a career high 34 percent hard hit rate. He'll lose time once Wilson Ramos returns, but for six-to-eight weeks, he'll likely return top-20 catcher value. And even once Ramos returns, he should remain a viable #2 catcher in deeper formats.

J.D. Martinez (OF-DET): J.D. Martinez, one of the game's premier power hitters, is out 3-4 weeks with a foot sprain. Even though 110 players hit 20 or more homers in 2016, Martinez entered 2017 as one of the few capable of providing fantasy owners with separation in the category, as he has posted hard hit rates of over 40 percent the past three seasons while quietly improving his walk rate. I'm not a fan of investing high picks or dollars on players who are set to begin the season on the DL, but if Martinez falls into the 10th round range, I'm ok with stashing him in standard leagues. In the meantime, look for Mikie Mahtook, Tyler Collins, and Jacoby Jones to all benefit in Martinez's absence.

Carlos Rodon (SP-CHW): The White Sox scratched Rodon from this scheduled start Friday with left biceps tendinitis, making him doubtful for his first turn through the rotation. The White Sox sent Rodon for an immediate MRI, the results of which disclosed no structural damage. It looks like Rodon and his fantasy owners have dodged a bullet here, although knocking him down a few spots on draft boards is understandable. Rodon has elite swing-and-miss stuff and he lowered his walk rate by over four percentage points in 2016. If he continues to improve his changeup and first pitch strike percentage, Rodon will easily return top-30 SP value.

Patrick Corbin (SP-ARI): It's official: Patrick Corbin will open the season in the Dbacks rotation and Archie Bradley will begin it pitching out of the pen. The lefty's 2016 was uneventful as he posted career worst marks in his strikeout and walk rates while allowing an astounding 38 percent hard hit rate. However, his .322 BABIP and 65 percent strand rate indicate that positive regression is in order, and his 53 percent groundball percentage offers hope that Corbin can adjust to his diminished velocity. In deeper leagues (15-team mixed+ or only formats), Corbin is a name to look at towards the end game.

Devon Travis (2B-TOR): Devon Travis (knee) played five innings in the field without incident on Friday, boasting his chances to be ready for Opening Day. While I love the bat-to-ball skills, Travis doesn't possess any carrying tools for ROTO leagues, and his chronic health issues make him risky in head-to-head formats. At 211 overall in the NFBC, I see Travis as an overdraft and would much rather wait for Forsythe, Walker, or Panik.

Jon Gray (SP-COL): Gray exited Friday's contest in the third inning after reporting soreness in his left foot. The injury appears minor and Gray is considered day-to-day. Assuming health, how should fantasy players treat a starting pitcher who will toss around half his starts at Coors Field? While I agree with the general rule to avoid such pitchers, Gray looks like the exception. He actually posted a .290 wOBA and a 3.07 xFIP with a 94:18 K:BB ratio at home in 2016. I don't know of anyone outside of the top 10 who possesses a better arsenal than Gray, so while I understand the hesitation, I also believe he could return top-20 value as the 47th SP off the board.

Blake Swihart (C-BOS): With both Sandy Leon and Christian Vazquez out of options, it appears that Blake Swihart is likely to open the season at Triple-A despite his solid Spring. Two short years ago Swihart was the number one catching prospect in baseball, but, he finds himself third on the Sox depth chart a few defensive struggles and an injury later. While his OPS has barely cracked the .700 barrier the past two MiLB seasons, Swihart is an unfinished offensive product that possesses elite plate discipline. He'll see time in Boston with his versatility, and should he reclaim catcher eligibility, will provide value in deeper formats. Put him on your watch list.

Brett Anderson (SP-CHC): The Cubs have named Brett Anderson their fifth starter and plan to keep Mike Montgomery in the bullpen to begin the season. And fantasy players commiserate. Even in his "breakout" 2015, Anderson was barely rosterable in ROTO leagues thanks to his 15 percent strikeout rate. He has eclipsed the 60 percent groundball mark during his past three seasons, so if he can stay healthy, he's a worthy streaming option in points leagues. However, I wouldn't write off Montgomery yet and sense that he'll get his chance in the rotation sometime during the second half.

Jhonny Peralta (3B-STL): All indications emanating from Cardinals' camp point to Jhonny Peralta as the favorite to start the season as the team's primary third baseman while Jed Gyorko will start off in a utility role. While he is a worthy option in deeper points leagues, Peralta isn't rosterable outside of NL-only formats and extremely deep mixed ones with a ROTO component. 15-20 homers with below-average contributions elsewhere just don't carry as much weight as they used to, and with playing time pressure from Gyorko, Wong, and Adams in the infield, I'd pass.

Charlie Morton (SP-HOU): Charlie Morton tossed another Spring Gem on Friday against the Mets, allowing three hits and two walks with four strikeouts in 4 2/3 shutout innings. While the numbers this Spring have been impressive, what's most important is how Morton is mowing down hitters: with a fastball that is touching 97 and sitting 94-95! He is maintaining the incredible gains he made with his swing-and-miss stuff during the 17 1/3 innings he tossed during an injury-shortened 2016,; the nearly five percentage point jump in his swinging-strike rate could be legit. It's time we start to believe. He should be owned in all standard leagues for the upside potential.


Draft Advisor:
bring our winning strategy (Serpentine /
Auction) to your draft. Our player
rankings adjust as players are selected, adhering to the changing
dynamics of your draft. After a player is selected/drafted, the
software will display/suggest the best players remaining.