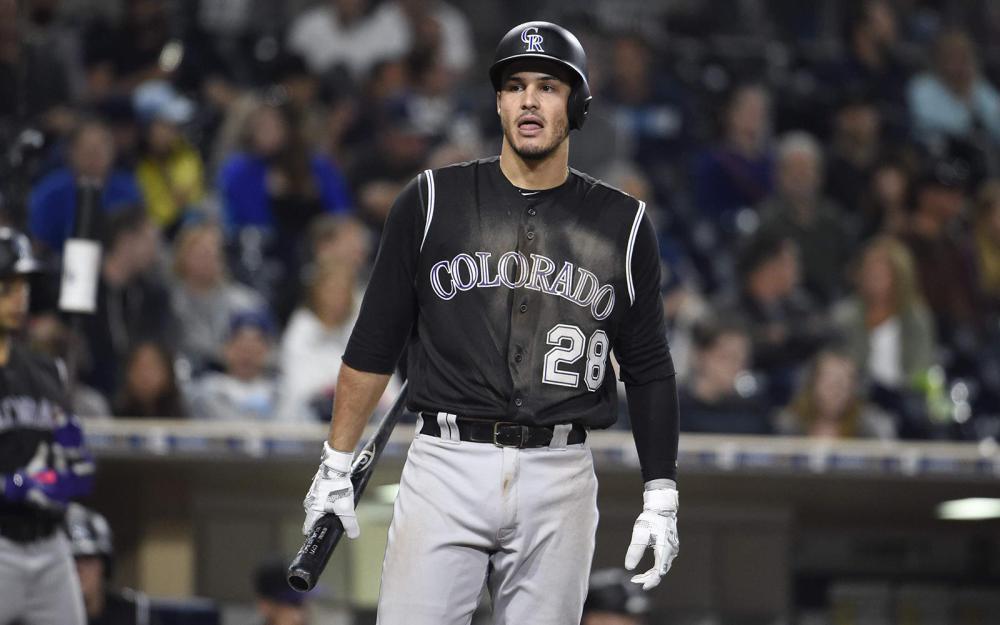 Welcome back to another round of late-winter/early-spring Average Draft Positioning (ADP) talk. I've been lucky enough to post my thoughts and advice on handling these numbers for Fantistics/InsiderBaseball.com since 2015.

The goal over the upcoming seven weeks (with columns posted every Wednesday) is to provide a tool that gives you the 'temperature' on players, positions, and strategies. Thanks to the always-reliable marks and full-field live draft get-together's provided by the National Fantasy Baseball Championship (NFBC), we can accurately measure that temperature. But, as we say every year ... this is an average of where a player will go. A home-town crowd. A foolish, over-anxious owner. A heart-on-his-sleeve 'fan' of a player. All of these draft room personalities can dramatically alter the exact spot - in any league - where a player will land.

With that in mind ... this year, I will also be posting the 'high-water mark' and 'low-water mark' for each player. Since the NFBC is already nearing 100 money-league drafts, we'll be working with a great cross-section of drafts and, thus, have a legitimate extreme for any singular player.

Furthermore, ADP should never be the end-all, be-all when it comes to mapping out your draft. Again, it's an update on how the wind is blowing. Being armed with the most up-to-date information and opinions is just another screw-head to pack in your fantasy baseball draft day toolkit. Each week, I'll give you the latest trends and movements, I'll tell you why a certain player is going up or down, and I'll provide you my take on whether or not it's warranted.

In our first look at the numbers of 2018, we'll focus on entry marks for those of you just getting started.a half-dozen of the over-arching draft storylines that are making waves in draft rooms ...

Here's how things are currently shaking out, position-by-position ...

1st Base - The average/power/speed mix has made Paul Goldschmidt (ADP #4, 2/7) the lone 1B going in the first round. But, things pick up later ... a full dozen are regularly off the board by pick #95.

2nd Base - Jose Altuve (ADP #2, 1/4) is the superstar here and he's good enough to threaten 'King Trout' for the #1-overall spot. Only four 2B have usually disappeared by the 50th selection.

Shortstop - This position seems to be on the strong swing of the pendulum. Ace stars, Trea Turner (ADP #5, 2/14) and Carlos Correa (ADP #14, 4/22) are cornerstone selections for fantasy players. A very solid group of 6-8 other SS's follow them in the first 100 picks.

• Stealing Their Way Up the Board

A year ago this was a major topic of discussion in fantasy circles. If you could reasonably be expected to notch more than 30 stolen bases, then you were flying up draft boards. The Villar's, the Dyson's, the Jankowski's (yeah, the Jankowski's!!) ... all of them got a boost of helium heading into last April. And, although each of those guys failed to a certain extent, the search for the stat was warranted.

The need for speed in fantasy leagues is real. The search for it should be undertaken by every owner. The absolute key is understanding that many of those speed demons are lacking in other scoring categories and that some of them are so inefficient with the lumber (I'm looking at you, Billy Hamilton) that their job may not be guaranteed beyond the month of May.

It's near-impossible to have played fantasy baseball for over two decades and yet still have fresh and unprecedented occurrences. Well, let us all now experience the unicorn that is Shohei Ohtani (ADP #72, 25/198).

Otani is a rare breed in so many ways. First off, a huge portion of us have never laid live eyes on him. Secondly, he is one of the very few Japanese imports who have arrived stateside before truly establishing themselves at the professional level. He won't turn 24 until the middle of this summer. And ... oh, yeah ... there's also this thing about him being used as both a hitter and pitcher in 2018. The LA Angels have been very upfront that they plan to make use of the youngster both on the hill and in the batters' box.

There are three major questions here ... two of them are unknowns at the draft, but one of them is a pre-draft 'known.'

The known is how Otani is being listed in your league. Depending on your provider, he is either one or two different players. In leagues, where he is a single pick, you will be forced to choose each week (or day) as to how you want to use him. If you go the 'pitcher' route, you won't receive his hitting stats that week, and vice versa. If he is two different players in your league, he can be drafted as 'Shohei Ohtani - pitcher' and 'Shohei Ohtani - hitter.' Obviously, being able to get all of his talents with one pick is the best way to go (of course, then you'll have the headache of figuring out how to use him every week!).

The two unknowns are just as maddening.

- #1 - How good is he? Most consider him a more upper-end arm than bat. Still, he's just 23, so there's development to be made on both sides of the coin.

- #2 - How often will the LA Angels use him in both roles? There are many out there who truly think he can hit 170 innings on the mound, while also handling 300+ ABs at the dish. I'm much more negative on the pitching number than the hitting mark. It's worth remembering that he actually pitched fewer than 30 innings last year. He also is dealing with a bit of an elbow issue that was publicly disclosed after he inked his contract with LA (the Angels claim that the issue was well-known beforehand). Is he best used as a starter or a reliever (starting is definitely his future)? Does he play in the field the day before and/or day after he works on the mound? Does Albert Pujols (ADP #312, 154/453) stay healthy enough to handle 1B and, thus, allowing Ohtani to DH?

Understand, this kid has always defied expectations. He went straight from high school to the Japanese pro ranks. He threw himself into MLB free agency at a discounted rate instead of waiting a couple of years and demanding more than $20-million-plus, up front. And, oh yeah, there's this whole pitcher/hitter thing going on, too!

For me, I think he'll be fairly solid on both fronts. Unfortunately, I think we're looking at a part-time hitter and a hurler who may only get 125 innings. The per-opportunity rates could be great. But, those opportunities could be fleeting and unpredictable. Certainly, for me, taking him within the first 5 or 6 rounds is a too rich for me.