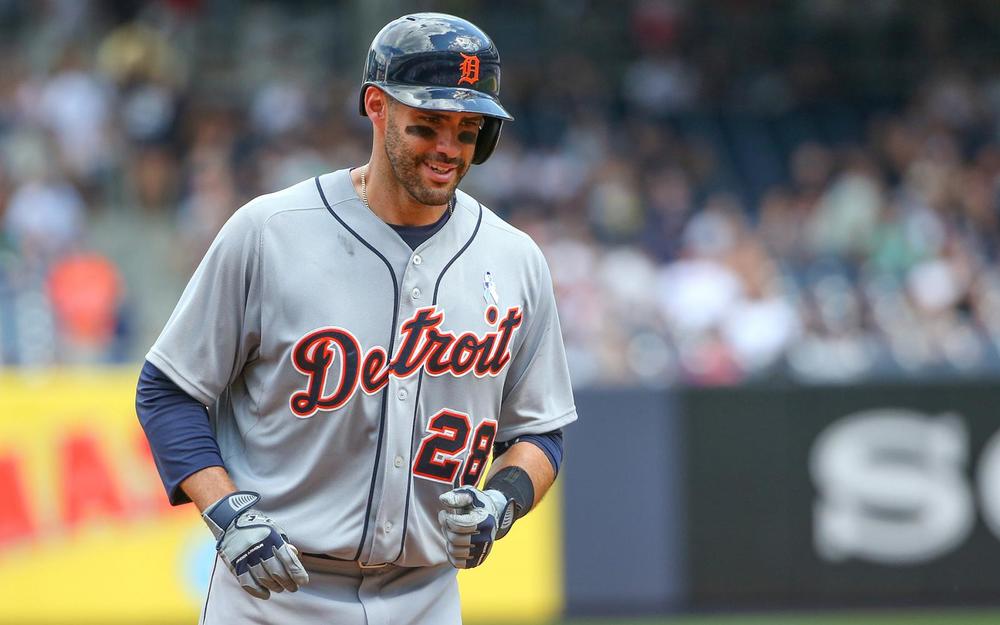 It's finally happening. Free agents are finding homes for 2018 and beyond, money is being spent, and the backlog of available assets is beginning to shrink. In just the past 10 days, we've seen the top two free agent hitters land long-term deals. We've seen the most sought-after starting pitcher choose a squad for the long-term. And, we've even gotten some trades to spice things up a little bit more.

Quite often when these signings are announced, a great deal of the attention focuses on what the new guy means for his team. And, just as often, there's not much to say. Guys who are this good are usually good no matter where they go. In terms of Average Draft Position (ADP), there is rarely a dramatic change in a player's draft day positioning.

But ... the arriving star does alter the collection around him. Somebody has to make room for his new teammate. There's now fewer at-bats to be had, fewer starts to be made, or less opportunities to rack up fantasy numbers.

This week we'll discuss the recent signees, whatever effect their new surroundings may have, and most importantly, what does it mean for the holdover guys that are making way for the new piece.

When it comes to power and production, few top what Martinez done over the past few years. Even while missing an average of more than 30 games per year, Martinez is popping 32 homers and driving in about 90 runners a year. Neither feature (injuries or production) will change in 2018. Martinez should make regular use of the Green Monster and looks to be a near-certainty for 100+ RBIs and over 30 homers. His presence lifts everyone in that Red Sox lineup.

Ramirez is now a former-star without a true role. He can no longer hope to play shortstop and finding him a back-up spot has been a challenge over the past two years. Martinez is likely to DH daily because he's not going to force many off days for the trio of Benintendi-Bradley-Betts. Before Martinez, Ramirez looked to be the everyday DH. Now, he's on the weak-side of a platoon with Mitch Moreland (ADP #403, 171/544) at 1B. Moreland can handle righties and is one of the better defensive first-basemen in all of baseball. Ramirez probably gets the lefties and hopes for an injury elsewhere. Also, it's worth noting that there's a crazy-stupid 2019 vesting option ($22 million) on Ramirez if he gets to 497 PAs this year. The Red Sox would be wise to avoid that happening. Finally, the Sox are claiming that Ramirez is still a key piece to their lineup, but I believe that's just trying to placate a veteran who can't be very happy about the adjustment to the roster.

We've all heard about the 'contract-year push.' Well, Hosmer is one of the best examples of the positive outcome. After so-so overall results (a six-year slash of .277/.335/.428), Hosmer exploded for his best season (by far) in 2017. He was over 40 points better than his career batting average. His OBP gained 50 points over his career norms. And, most notably, he started hitting like a power guy with a SLG% that nearly got to .500.

Make no doubt that Hosmer is a good player. But, he is not a great player. And, for fantasy purposes, he's not a top-10 1B. He's more name than game. He will post fine numbers, across-the-board. But, in all honesty, I think that four of his five categories dip this year. I should note, though, that he could see a jump into double-digit steals. He's reached that level three other times in his career (but, not once in the last four seasons) and there could be a strategy-boost in San Diego. As we've seen with Wil Myers (ADP #68, 36/96), a heretofore unknown stolen base threat can easily emerge within the game plan and style-of-play that Manager Andy Green employs.

With Hosmer heading to 1B, Myers is headed to RF. That shifts Renfroe into a battle for playing time in LF. The Padres have at least three options for that spot and just one season after being one of the focal points of a Friar renaissance, Renfroe is not in 'Prove it'-mode. The 26-year old has great power, but he has a ton of swing-and-miss in his game. I got so bad that San Diego sent him back to Triple-A last summer. He can certainly be a part of the roster, but he has to be red-hot to earn a full-slate of starts. His pop is also less necessary now that Hosmer has arrived.

Darvish should work out just fine in the Windy City. I don't believe he'll ever get back to the dominance he showed pre-Tommy John, but he can still post top-20 SP numbers over the next couple of seasons. He's pitched in a tough home yard before with Texas and still has some solid K-marks (10.7-per-nine since coming back). Unlike so many of his other peers, though, Darvish has a load of innings on his arm. When you include his pro work in Japan, he far outpaces the Bumgarner's, Sale's, and Kluber's of the world. I think he's also much more of a 175 inning than 200 inning arm for 2018. That limits his ratio impact.

Montgomery was not seen as much of a fantasy asset before the addition of Darvish, but now he's totally off-the-radar. It's fair to say he's never gotten a true shake at becoming a regular rotation member. His 37 MLB starting calls have been hit-or-miss, but so often, those have been emergency fill-in showings with little start-to-start consistency. In the bullpen, we've seen good marks. The lefty has every ability of producing four, five, and six out efforts. Frankly, he's just more valuable to the Cubs in that role. As such, in most fantasy leagues, there's no reason to have Montgomery on your roster unless he becomes a regular part of the Cubs' 5-man rotation.

Will it ever happen for Odorizzi? Not until he finds a third pitch with some movement, it won't. Odorizzi has MLB stuff and can hand-cuff an opposing lineup for six innings at a time. Unfortunately, he's run very hot-and-cold throughout his career. 2017 was a step back as six-year vet struggled to find the strike zone, leading to a single-season high 3.8 BB/9. He still has upside and it would not be a shock to see him racking up 12 or wins this year while also sporting an ERA under-3.75. More than anything, he's got to drop his HR-rate (a scary 1.6-per-nine over the past two years) and I'd buy on that happening. At this current ADP (outside the first 20 rounds) the new Twin still makes for an enticing 5th or 6th fantasy SP.

The immediate reaction to the Rays' trade was that it was time for the Honeywell Era to begin. Well, no. Instead, the Rays will stash their top pitching prospect in the minors for continued seasoning. Oh, and it also allows them to control him for a longer amount of time! That's what teams do nowadays. It's worth reminding folks that previously touted pitching prospects with the Rays (Blake Snell, Matt Moore, etc.) haven't been quite as spectacular as promoted. I still feel that Honeywell will be up by late-May. He's worth stashing on the back-end of your draft.

Speed, speed, speed. That's about it for Dyson. He's a guy that can net you 25 thefts in an average year and could get 40 with a great year. The problem with having him on your team is you just never know when he's going to fall into regular playing time, and thus, when he's going to get his thefts. And, if he's in your lineup, but not stealing ... you've got a slap-hitting .260-hitter who gives you no power, RBIs, or even runs. He's dirt cheap though, so he's an excellent late-game grab.

Quite simply Tomas has not lived up to expectations. His defense is a mess and his bat is a one-trick, power-crushing, pony. That makes him like a hundred other guys in baseball. Arizona has tired of his extreme slumps and runs and, thus, put him on notice coming into camp. The addition of Dyson only clarifies the threat more. There's probably a great waiver pick-up to be found here at some point this summer, but drafting Tomas does not fit very well.

(Editor's Note: Late on Tuesday night, the D'Backs completed a three-team deal that netted them outfielder, Steven Souza, Jr. (ADP #182, 88/260). He should now see most of the starts in LF for Arizona and the move probably means that Tomas's time in the desert is over ... either via a trade or designation.)

Cron is mostly an 'infield-version' of Tomas, but without the massive contract. His move out of Anaheim opens up a previous logjam of 1B/DH-types with the Angels. He's a better bet for day-after-day chances with the Rays and that could easily allow him to set a new personal best in homers (he's hit 16 for three straight seasons!). There are unlikely to be many runners for him to drive in, though, or any chance of a .280-ish average. He's hoping to be a poor man's version of (the currently unsigned) Lucas Duda.

Bringing in Cron provides the Rays with yet another ready-made excuse to delay a prospect. Bauers doesn't feature much developed power that you would expect from a 1B, but as we've seen numerous times, that could still develop upon arrival to the bigs. Where he becomes quite interesting is from a perspective of stolen base totals. He sniffed out 20 in the minors a season ago and could be a regular mid-teens contributor for Tampa. But, instead, we'll wait and wonder. Like his minor league teammate, Honeywell, Bauers is likely a mid-year call-up. It's very tough to even stash a 'good, not great' prospect for that long on your fantasy team.