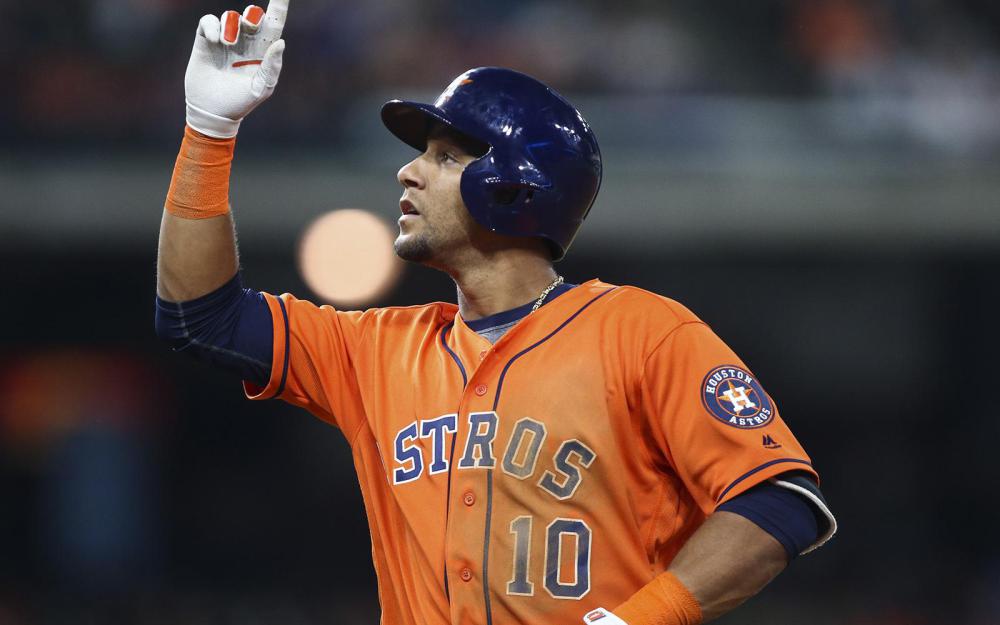 Yaz continued to hit for power in 2021, hitting 25 HR's in 139 games, but his BA plummeted to .224 after he hit .281 over the course of his first two MLB seasons. His K% remained roughly the same last season, but his BABIP dropped from .340 in 2019-20 to .254 in 2022. His EV and Barrel% were consistent with previous seasons, although his HardHit% fell about 3%. He also raised his FB% from 43% to 47% last season, which could indicate that he's focusing more on hitting for power. He has hit 56 HR's in 300 career MLB games thus far so he's a good bet to continue hitting for decent power going forward. He'll also likely see some positive regression to his BABIP and in turn, his BA, although not necessarily to its previous levels, especially if his FB trend continues. Overall, a .250 BA with 25 HR's isn't bad for someone going outside the top 250 in many fantasy drafts.

Gurriel has been an excellent contact hitter throughout his career, never posting a K% above 11.7%, and hitting at least .290 in each of his last 4 full seasons. He hasn't hit for tons of power in his career, only once reaching 20 HR's in a season (31 HR's in 2019), but he has still managed to be quite productive averaging 86 RBI and 77 runs over his four full seasons. Gurriel would seem to have more power potential with a solid 37.7% FB% and 89.5 EV; he may just need to pull the ball more. Even if he remains in the 15-20 HR range, his high BA and solid run production make him a good value if he's still available in the late rounds.

We pretty much know what we're getting with Sano at this point: a lot of strikeouts and a low BA, but an elite HardHit% and an excellent HR pace. Over the course of his career, Sano has averaged 39 HR's per 162 games, thanks to a career 51.4% HardHit% (3rd highest in the Statcast Era). Health has been an issue for Sano, as last season was the first time he even played in 120 games, but he has still managed to hit 25+ HR's in four different seasons. He's a strong option if you're looking for power late in draft and can accept the BA drain.

Duvall hit a whopping 38 HR's and drove in 113 runs while splitting time between the Marlins and Braves last season, but hit just .228 with a 31.4% K%. This basically sums up Duvall's career - a lot of power, but not a lot of contact. His high strikeout rates combined with his extremely lofty FB rates (career 49.6% FB%) are a bad recipe for BA, but the excess fly balls do make for good HR totals. Duvall should be in for another strong power output in 2022, making his ADP outside of the top 200 a bargain for those seeking HR's.

Pham signed a one-year deal with the Reds last week and should be slotted in as a regular in Cincinnati's outfield. Pham continues to be a fantasy asset due to his power/speed combo; he has averaged 20 HR's and 20 SB's over the last four full seasons. His BA has dipped over the past two years (.226 from 2021-2022) after he had hit .284 from 2017-2019. This is a bit surprising as his K% has remained decent, and he has been hitting the ball very hard (46.7% HardHit%) as usual. He'll likely see some positive regression to his BA going forward, which makes him an even greater fantasy value, especially if he continues going late in drafts.

Haase hit his first HR of the spring on Saturday, as he looks to pick up where he left off a season ago when he hit 22 HR's in 98 games. With Tucker Barnhart in the fold, Haase may not be the everyday catcher for the Tigers in 2022, but with experience in the outfield as well, the team will hopefully find ways to give Haase ample playing time, especially if he hits like he did last year. Haase recorded a 47.9% HardHit% last season, so the power should be there whenever he does get a chance to play.

Biggio hit his first HR of the spring on Saturday and looks to bounce back from a disastrous 2021 Injuries limited him to just 79 games last season, in which he hit .224 with just 7 HR's. Most of his peripherals were roughly in line with his first two seasons, other than his Pull% which dropped over 10%. Biggio is a very patient hitter which leads to an above average K%, but also leads to high BB rates. If he stays healthy, he can approach 20 HR's while also producing double-digit SB's, making a solid bounceback candidate, especially in OBP leagues.

Allen had a strong outing for Cleveland on Saturday, striking out 4 in 3 shutout innings. Allen has a shot to make the Guardians rotation despite an awful 6.26 ERA and 6.62 K/9 last season. Allen did perform better in the 2nd half of 2021, recording a 3.90 ERA (4.17 xFIP) and an excellent 1.95 BB/9. He still has a lot to prove though before being on anyone's fantasy radar.

Adell hit his 3rd HR of the spring on Saturday and also added 2 SB's, giving him 3 in that category for the spring as well. Adell cut his K% to a respectable 22.9% last season, which could pave the way for a productive 2022 for the young outfielder. He didn't hit the ball particularly hard for the Angels last season, but he did hit 23 HR's in 73 AAA games, so it's not crazy to think that a 20 HR season in the big leagues is coming shortly.

Santander hit his first HR of the spring on Saturday, and should remain a reliable power bat for the Orioles if he can stay healthy. Since the start of 2019, Santander has hit 49 HR's in 240 games, and that has come with a solid 39.4% HardHit% and 21% K%. He has the potential for a 30 HR season if he can play 150 games and that should come with a BA that won't hurt you.