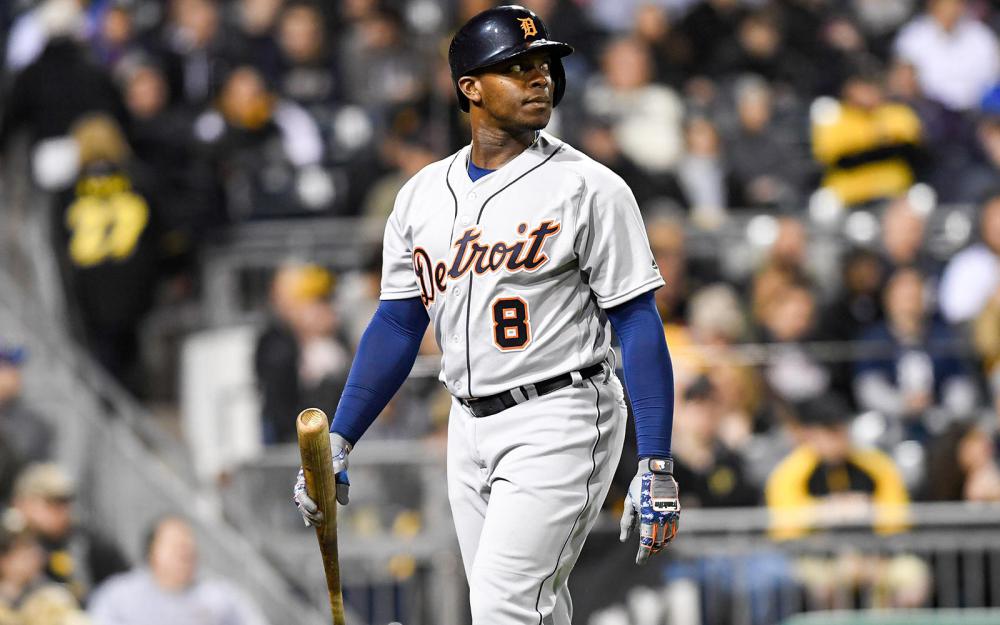 Justin Upton (OF-LAA) - Well this one came out of nowhere on Thursday morning, as the Angels acquired Upton from the Tigers for a prospect in their very thin farm system. The Angels are just one game back for the second AL Wild Card spot, so they clearly have designs on making a surprising run in October. Upton is batting a solid .279/.362/.542 with 28 home runs and 10 stolen bases. He's never reached 30-100 in single season, but barring an injury, he'll easily hit those marks this season. His 28.3% K% remains high, thus limiting the batting average upside, but he's still hitting 10 points above his career mark and his 11% BB% is strong. Upton should slide right into the starting LF slot, and hitting near Mike Trout in the lineup certainly won't hurt his production. For Detroit, I wouldn't expect this to result in the promotion of Christin Stewart from Double-A, and as for the rest of their outfielders, they are all mediocre at best.

Kendrys Morales (DH-TOR) - Nice game for Morales on Thursday against the Orioles. He doubled, hit three home runs, drove in seven, and scored four times as Baltimore's Jeremy Hellickson got lit up (again). The monster game lifted Morales to a still-disappointing .253/.311/.462, but he's hit in four straight and now has 25 homers and 70 RBI on the year. Morales now has a good shot at back-to-back 30-homer seasons and he looks to be aging pretty well as a 34-year-old DH. He's striking out a bit more this year (22.2% K%), but he probably has a decent shot at finishing .260-30-85 at this rate. I wonder whether he'd consider giving up switch-hitting, as his L/R splits are very pronounced the past two years with OPS's of .930 and .974 vs. LHP and .680 and .730 vs. RHP. It would be nice if DFS players had any idea these sort of games were coming.

Garrett Richards (SP-LAA) - This could end poorly, but Richards is reportedly expected to return from the disabled list sometime this weekend. He pitched just two innings in his rehab assignment on Wednesday, reportedly hitting upwards of 98 mph with his fastball. He's not currently listed as a projected starter by ESPN, and given he pitched just two innings Wednesday makes me think he'll be brought back in a relief role, at least initially. Given the Thursday acquisition of Justin Upton, the Angels are going for it, and whether that includes pushing Richards into a rotation slot remains to be seen. Perhaps he takes Troy Scribner's spot on Monday, so be ready to activate him.

CC Sabathia (SP-NYY) - Despite some opinions out there to the contrary, Sabathia is far from "done", even if he's obviously not the pitcher who once piled up five consecutive 230+ innings seasons. Thursday, Sabathia held a tough Boston lineup to a single run on four hits over six solid innings. He did walk five, but lowered his ERA to 3.71 while improving to 11-5. His ratios remain mediocre with a 7.1 K/9 and 3.3 BB/9, though those are by no means the worst in the league. He's closed August with three straight quality starts, so despite turning 37 last month, there's still something left in the tank. In fact, his middling 90.9 mph (on average) fastball is the hardest he's thrown since 2013. He could be an asset in 12-team mixed leagues going forward, though there is some "ugly outing" potential.

Juan Minaya (RP-CHW) - Minaya was tagged for two runs in the ninth against the Twins on Thursday, notching his first blown save / loss in a rather bizarre fashion. Trying to work around a couple walks, Minaya ended up hitting Max Kepler with the bases loaded for your garden-variety HBP walk-off. MInaya had a 2.62 ERA over his previous 22 games, so I guess we can give him a pass, although his 4.7 BB/9 and 1.5 HR/9 are numbers that will need to trend down quickly should he want to remain at the closer position. Fortunately he doesn't exactly have stiff competition, as Danny Farquhar would likely be next in line unless the White Sox reach into the minors for a guy like Lucas Giolito, which seems unlikely.