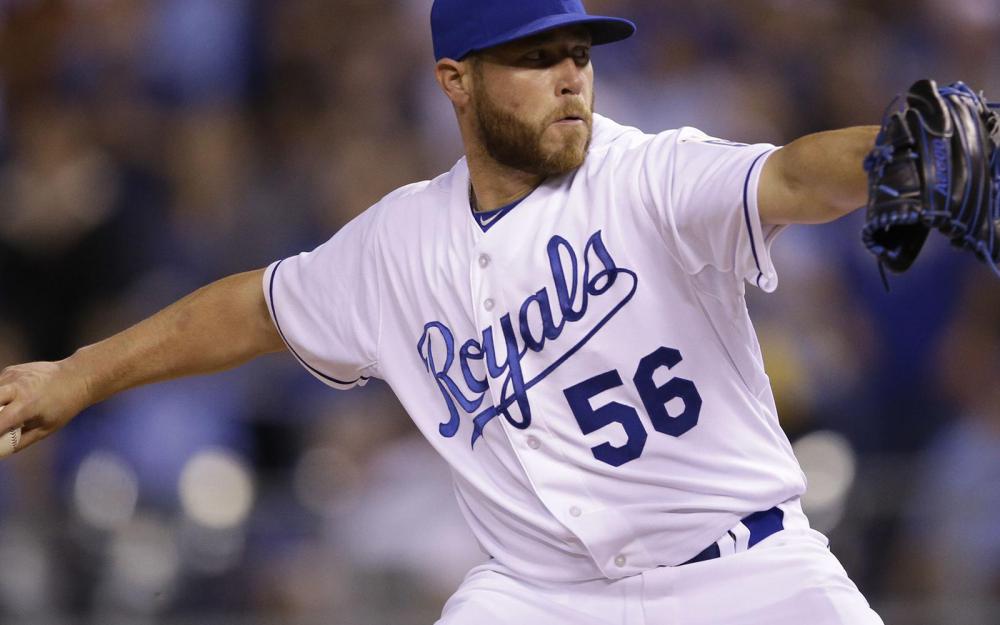 Greg Holland (RP-STL) - Holland has been added to the Cardinals' active roster and he is expected to immediately take over as the team's closer. This obviously isn't good news for Jordan Hicks, Bud Norris, and the rest of the St. Louis relievers, but after signing a one-year $14 million contract last month, this isn't exactly a surprise. Holland had just a pair of minor league appearances (2 IP, 1 ER, 2:0 K:BB) before being activated, so he could be a bit rusty, but obviously he needs to be owned in 100% of leagues. Holland pitched at an All-Star level for a good portion of 2017 before a 13.50 August ERA derailed his season a bit. He did recover to post a 12:2 K:BB in 9.2 innings in September, so while he does come with some risk, when he's right, Holland can certainly be a top-15 closer. Edit: his debut didn't go well: walk, walk, sacrifice, intentional walk, walk, night over. Keep Bud Norris, Jordan Hicks, and Dominic Leone on your radar for potential waiver wire additions.

Jose Urena (SP-MIA) - After an awful Opening Day start against the Cubs, Urena rebounded at home with seven innings of one-run ball in a no-decision (of course) against the Red Sox. Monday however, Urena was touched for three runs in five innings against the Mets and now sports a 5.06 ERA and so-so 13:6 K:BB in 16 innings. Urena posted a strong 3.82 ERA last year, but a 5.24 FIP (6.0 K/9, 3.4 BB/9, 1.4 HR/9) pretty much forecasted this sort of start. Urena does sit easily in the mid-90s, but when I watch him, I'm not seeing enough secondary stuff for me to think he's anything more than a setup man going forward. Of course this is the Marlins, so he's their #1 starter, but once everyone gets healthy (Dan Straily for example), and top pitching prospect Sandy Alcantara is ready, I can see the Marlins shifting Urena to a bullpen role where he could thrive.

Ozzie Albies (2B-ATL) - Albies went 0-for-3 with a pair of strikeouts on Monday to drop to .227/.244/.545. Of course all three at-bats came off Max Scherzer, so we'll forgive him the paltry output, but while the elevated .318 ISO is a result of 70% of hits having gone for extra bases (three HR), Albies also has an 8:0 K:BB in 45 PA. Albies has done most of his damage this year in Coors Field, so while no asterisk applies to his ISO, don't expect that sort of production going forward. Of course his BA and OBP should also improve given last year's .286/.354/.406 slash line, and if he can get those first two numbers up this year, Albies would be a fantasy superstar given his ability to swipe 20+ bases.

Julio Teheran (SP-ATL) - Teheran's short and long-term stock has taken a hit in recent years, but I still think he can be a solid #3 starter with the possibility of a low-end #2. Monday Teheran held a tough Nationals lineup to two runs on five hits over six solid innings, but unfortunately he was facing Max Scherzer, who tossed a two-hit shutout. Teheran walked four (including Bryce Harper twice) while fanning an impressive seven and lowering his ERA from 10.13 to 7.27. It was Teheran's first quality start in three outings and it left him with a fairly ugly 12:10 K:BB in 14 innings. Teheran's velocity appeared to be a little up over the 89.2 mph he averaged in his first two starts, a mark that is well off the 91.4 he put up in 2016. Combine that with the shaky control and you have a high-risk guy going forward, even though the strikeouts were impressive on Monday.