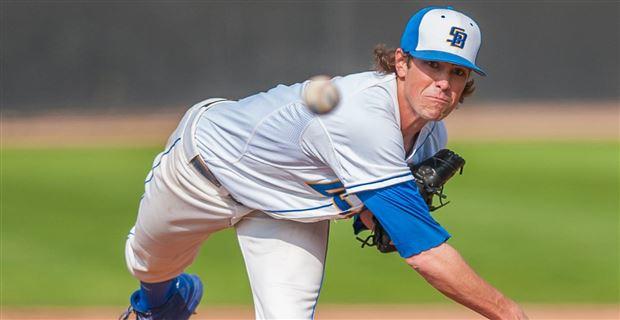 Carlos Carrasco's trip to the DL (elbow, should be throwing early this week and could return before the end of June) opened a second 2018 opportunity for Shane Bieber and he pitched well against the Twins last Sunday, holding them to 1 run over 5.2, while "holding" them to 10 hits. In his second start Friday against the Tigers, Shane was excellent, fanning 9 in 7 shutout innings allowing 4 hits and a walk.

Schuyler Dombroske and I talked about Shane last weekend on Sirius as part of our look at players people were searching most on baseball sites (they seemed to be interested in young pitching at that point) and Shane shares one similarity with Jonathan Loaisiga who was also part of that segment, in that he seems pretty adamant about not walking people. Look at the rates below. Shane's walk rates are sub-1/9, or in couple of stat lines, sub-1%. Shane went hog wild this year in AAA walking batters at a 3.1% clip, but unlike Loaisiga, he has largely ported that trait to the majors in the early going. I suspect that's largely because Bieber doesn't have Jonathan's mid-90s velo as a skill set.

That doesn't mean that Shane can't punch people out. His stat box also shows healthy K rates that actually increased as he hit AAA this season. That's because along with his elite control, Shane shows advanced command that makes his relatively mediocre arsenal play up. I think he gained some adrenaline-induced velo in his first start back averaging 93.1, but we'll see if that holds up. His fastball velo vs. the Tigers was half a mph down. His jump in K rate this year, however, may have come from a mechanical change that brought him an extra half-foot on his fastball. He showed a slider as well, that's relatively new, and it came in at -10 mph. He also throws a curve (-13) and change (-5) both of which you'd think would be a lot better than they are given his velo limitations and his K rate

So we have his plate rates, which are sound, but we also have his overall stuff, which is helped by his advanced command, but overall it remains only good. Often that extra zip on the fastball can positively change the dynamic of everything a pitcher throws, so if that velo goose real, that's encouraging. Shane has brought a slider along. That helps. And he's young still, so there still may be some gains on his curve and change, but I think those gains are needed.

Shane is likely projectable a decent major league starter, but I am having trouble seeing him as more than a #4 or #5. It's great to be around the zone, but you have to have something going for you when you swim in those waters in the major leagues. Can his command be that something that helps him beat hitters? Maybe, but I am not all that willing to spend a ton to see how all of that plays out. In 2018 terms, however, Shane is worth paying attention to, before the book gets written on him, and while he has some really limited/young offenses to face. There are spots where he's a good streaming option. All I am saying is I probably wouldn't spend on him as if he's a mid-rotation starter because I am not sure he is one in the major leagues.

The Rockies recalled Tom Murphy on June 12th and he's seen some significant ABs since. He collected three of his 8 hits (as of this writing) in his first start, but he's acquitted himself fairly well in his fourth trip to the majors. It's hard to get too excited about his PT prospects with Chris Iannetta and Tony Wolters still on the roster and healthy, but he may be the best hitter among those options once he gets settled in. In two-catcher leagues of any depth, playing time is always a concern but a catcher can also become useful if he's productive with less ABs

Murphy has been teasing us and the Rockies for some time, but he's had a hard time staying healthy (broken wrist early last year) and that has stalled his quest to get to the majors and stick there. The bar isn't terribly high for him in terms of PT on the roster in terms of talent, but again there are three catchers on the roster and that is a factor. It seems right now however that the Rockies want to take this window of health for Tom and give him a run with the job.

You'll see some strong ISOs below, save for last year as he needed time to ramp up after his wrist injury. Fully rehabbed at the start of this year, you get an idea of what we are looking at in his 2018 line in AAA. Set aside that he's in his fourth go-around at AAA and he's 27. He's a catcher and suffered a significant injury. He's cut his SwStr% and his K rate and added lift and pull. He was a guy who decided he needed to show he was healthy and force the issue in terms of a call-up. It worked. He has posted a AAA line this year that demands your attention.

Tom is a 6-1/220 RHH. He's stacked but maintains his athleticism. There's nothing in his catching game that should cost him playing time and he's done a very good job balancing his defensive learning curve with maintaining a solid hit tool and developing game power from his raw power. The only issue I see here is that the Rockies are overstocked at catcher, so they probably won't be as willing to ride out a slow start with Tom. Still, he's healthy and experienced and seemingly ready to grab some ABs in Colorado. If he does, he's going to be a nice add at the catcher position. He's worth a shot if you are struggling behind the plate.