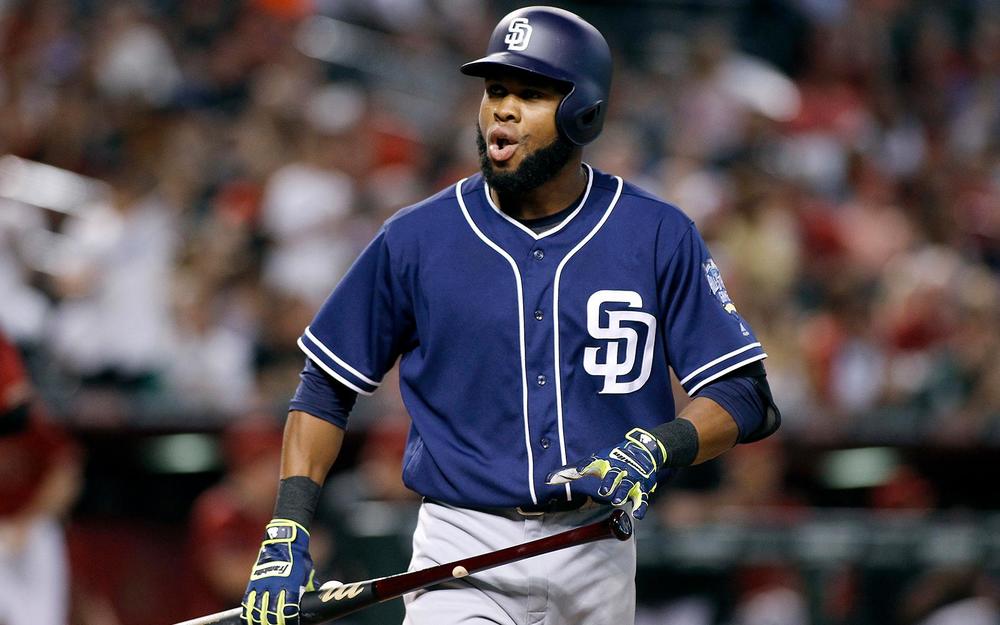 Manny Margot(OF-SD): Margot hit his fourth homer of the season in late-night action vs. the D-Backs, indicating he is over the wrist issue he dealt with earlier this month. While the overall fantasy line still leaves much to be desired, Margot is carrying a 38 percent hard hit rate to go along with an 80 percent contact rate and a 27 percent chase rate. The Padres staff is working with him on his technique on the basepaths, so there is still plenty of speed in the tank too. Buy in all formats, especially keeper formats where his value has taken a big hit recently.

Michael Conforto(OF- NYM) MC went 2-for-3 with a three-run homer, two runs, and one walk against the Pirates. That's four multi-hit games over his last seven for Conforto, who moved his line to .230-.353-.403 with 14 homers on the season. While the slugger has witnessed a nearly eight-percentage point drop in his hard hit rate from last season, he is still being limited by a .270 BABIP. Add in his impressive .346 wOBA vs. LHP's and his stable plate discipline, and I see no reason why Conforto cannot put up big numbers down the stretch and reemerge as a viable starting OF in the majority of standard formats.

Mike Foltynewicz(P-ATL): The right-hander lost after allowing four runs on six hits (two homers) and three walks with eight strikeouts over five innings vs. the Dodgers. Folty has allowed 18 earned runs over his last four starts with six homers and eight walks. He had been due for regression with a favorable BABIP and strand rate, and Folty continues to allow a 33 percent hard hit rate while only inducing chases 27 percent of the time. His arm trouble history also gives me pause for concern, so while I still see him as solid number four starter, I think others still dream on more. He has to pitch over 154 innings before I'm ready to entertain that conversation.

Trea Turner(SS-WAS): Turner went 2-for-6 with a double and two runs against the Marlins. In 2016, Turner posted a .395 wOBA and a 147 wRCplus with 13 homers and 33 steals in 73 games, but since then he hasn't quite lived up to the hype (.338, 326 wOBA's, 105, 102 wRCplus's over the past two seasons). While he may never post 2016's pace over a full season, I do see more development and production in the tank for Turner, who is already on pace for a 20-35 season. He's posting a respectable 33.6 percent hard hit rate to go along with a GB heavy profile, yet his BABIP sits at only .309. Add in his evolving plate discipline--8.6 percent swinging strike rate with an 81 percent contact rate--and I think the 25-year-old Turner will improve his surface stats down the stretch.

Daniel Descalso(Util- ARI): LHH's have hit Tyson Ross to the tune of a .369 wOBA and a .475 slugging percentage. Descalso has been solid against RHP's this season, carrying a .368 wOBA and a .468 slugging. PETCO is fifth in overall Park Factors, so some players may auto lock onto Ross, but that looks like a mistake today. At $4300 on DraftKings, Descalso looks primed to return value on a day he'll likely be lowly owned.