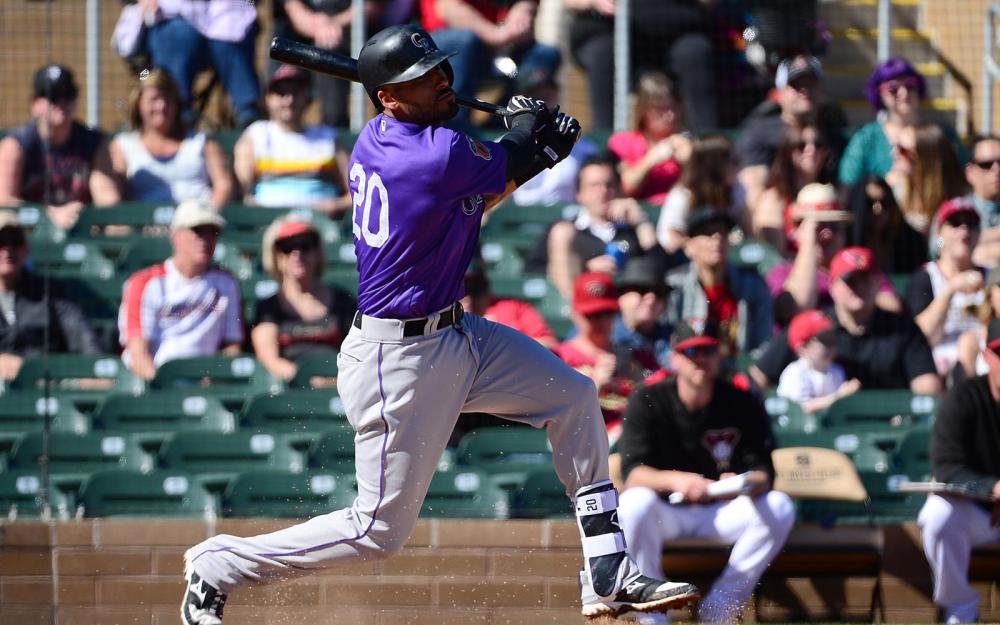 Desmond homered and drove in 4 on Wednesday as part of a 15-9 victory over the Marlins. The HR was his 2nd in 6 games but only his 7th in 91 games this season. Desmond's first season with the Rockies has been quite disappointing, not only because of the time missed with injuries, but because of the unexpected drop in power despite the favorable home park. In fact, Wednesday's HR was only his second in Coors this season! But that's what happens when your FB% suddenly drops to a measly 20.6%; even in Colorado, groundballs don't go for homeruns. Despite the underachieving season, Desmond will still carry some minimal fantasy value heading into next season. He had played in at least 154 games in each of the 4 seasons prior to this year, he has stolen at least 13 bases in each of the past 8 seasons, and after all, he does still play in Coors. But considering his sudden ground ball tendency, the power is not a safe bet to return.

Samardzija finished the season on a high note allowing just 1 ER on 3 hits in 6 IP, with 4 K's and a BB'. His traditional stats this season were not good at all (4.42 ERA, 9 wins), but it was actually one of Shark's better seasons. His 205:32 K:BB in 207.2 IP is excellent and the BB-rate is easily a career-low, leading to a solid 3.60 xFIP. With an ERA of 3.80 or higher in 3 consecutive seasons and in 5 of the last 6, there's a decent chance that Shark gets undervalued in 2018 drafts, making him a solid mid-round target.

Roark allowed 6 ER's in 4.2 IP against the Phillies on Wednesday, walking 5, while striking out only 3. This was a bummer for owners who started Roark in the fantasy playoffs, as he had previously gone 9 straight starts allowing 3 ER or less and had a 3.24 ERA with an 81:22 K:BB in 75 IP since the All-star break. Roark's ERA has fluctuated greatly from year to year corresponding to his BABIP, but his xFIP's the past 3 seasons have now been 4.17, 4.17, 4.16. He remains more of a streaming option in standard fantasy leagues than a season-long starter.

Lynn has struggled a bit recently, but the Cubs just clinched the NL Central on Wednesday which means they'll probably be resting their starters. That gives Lynn some nice upside at a cheap price. Incidentally, Lynn has also been better at home with a 3.02 ERA this season. DraftKings Value Play Salary $6,400.