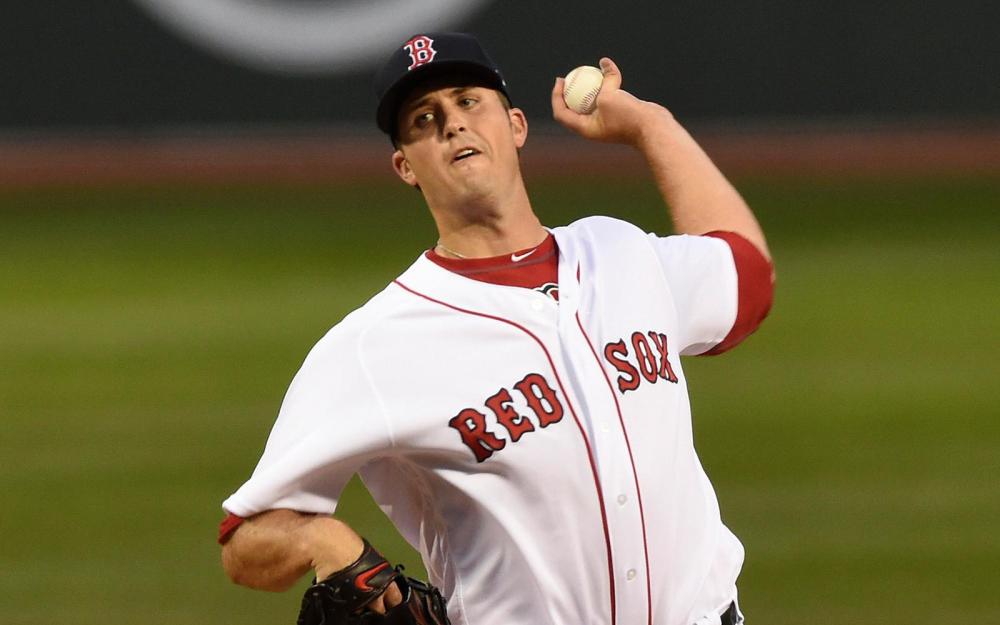 Whit Merrifield(2B-KC): Whit Merrifield went 2-for-3 with a double, one run, two RBIs, one walk and one stolen base vs. the Twins. The man has arrived. He now sports a .288/.322/.466 line with 17 homers, 28 steals, 69 runs and 68 RBIs. And just think: he didn't have regular at-bats for the first month of the season. He doesn't walk enough for a prototypical leadoff hitter, but his seven percent swinging strike rate and 85 percent contact rate have allowed him to thrive in the role. He's no longer a secret in fantasy circles, but I sense he'll be undervalued heading into 2018. I'm a believer.

Mookie Betts(OF-BOS): Mookie Betts went 1-for-4 with a three-run homer vs. the Rays. On the surface, Betts has had a down year a the plate, posting a .262/.342/.438 line over 136 games. However, beneath the surface, I see Betts continuing his development into one of the game's best offensive talents. He has moved his EYE to 1 with a 69:69 BB:K ratio. He has increase his hard hit rate from 33 to 34 percent while increasing his pull rate from 40 to 44 percent. And his HR/FB rate and BABIP are severely underrepresented, so when I put the pieces together, I think Betts is still a five-tool option in the first round who may fall into the second or third in drafts.

Eddie Rosario(OF-MIN): Eddie Rosario went 2-for-4 with a homer, four RBIs and one stolen base against the Royals. Rosario now sits at 21 homers with a .287 AVG. Is the 25-year-old for real? He has improved his EYE since the first half from .29 to .39 while also increasing his flyball percentage from 33 to 44 and his hard hit rate from 28 to 34. I didn't think Rosario would develop this quickly, but he certainly has hit the ground running with the full-time gig in Minnesota. He's a must-start in all five OF leagues and looks like a solid number four option in standard formats. I'm not convinced the development path will be linear, but even with some expected adjustment periods, he should be drafted in the mid-to-late rounds in spring.

Drew Pomeranz(SP-BOS): Drew Pomeranz won after allowing two runs on two hits (one homer) and two walks with seven strikeouts over six innings vs. the Rays. While the surface numbers are dazzling, I see some warning signs heading into 2018. The 3.57 BB/9 in still a concern, as is the 81 percent strand rate he has enjoyed this season. Primarily a two-pitch pitcher, Pomeranz has averaged under six innings per start and has allowed a .351 OBP the third time through the order. Add in the perpetual injury concerns with the left-hander, and I envision him going overdrafted next spring.

Charlie Morton(SP-HOU): Charlie Moron ($8700 on FanDuel) looks like the best tournament alternative (along with Jose Berrios) to the aces on the slate. He draws Oakland on the road, and although Morton's surface states don't look great away from Minute Maid, he has been unlucky there as indicated by his 3.74 xFIP. Oakland is 10th in overall offense vs. right-handers too, but they are also second in strikeouts with 988, which bodes well for Morton and his 10.14 K/9.