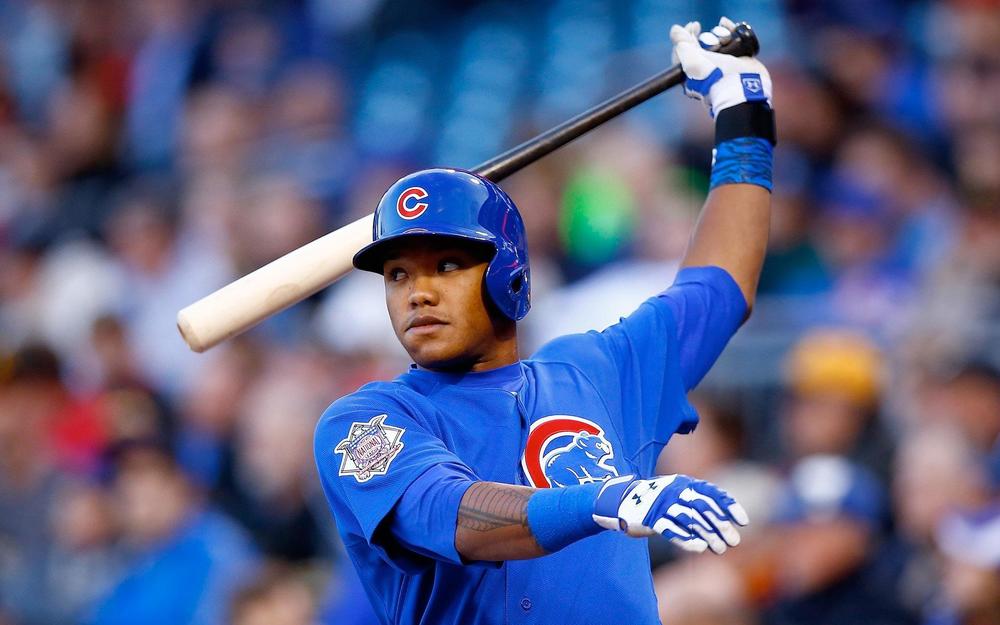 Edubray Ramos(RP-PHI): Ramos picked up his first save of the season after pitching a scoreless ninth inning vs. the Mets. With Hector Neris' struggles, Manager Gabe Kapler has indicated his willingness to use whoever gives the team the best chance to win in the ninth. Why not Ramos, who has allowed two earned runs with a 20:8 K:BB ratio over 16 innings this season. His emergence began last season in the second half, when he began increasing his slider usage, and so far this season, that trend has continued (36 percent fastball, 58 percent slider, six percent changeup). While the picture is still murky in Philadelphia, Ramos looks like he'll be a part of a committee for the time being, but I envision him seeing increased opportunities moving forward.

Freddy Peralta(SP-MIL): Peralta won in his MLB debut after allowing one hit and two walks with 13 strikeouts over 5.2 scoreless innings against the Rockies. Word out of Milwaukee is that Peralta will stick in the Brewers rotation for the time being. With that, the FAAB bidding is likely to be intense for the 21-year-old, but I'm exercising caution. He had posed a 4.40 BB per 9 the past two seasons in the upper minors before receiving the call while enjoying an extremely low HR-FB rate. I see him as a solid addition to use as a high-upside streaming option, especially for those needing K's, but think the risk is too high to justify more than a 15 percent investment of remaining FAAB.

Mark Reynolds(1B-WAS): Mark Reynolds went 3-for-4 with two homers and three RBI's against the D-Backs. With Ryan Zimmerman on the DL, the 34-year-old figures to see nearly everyday at-bats. Last season, Reynolds hit 30 homers while walking nearly 12 percent of the time. While Coors gave him quite the boost (.409 wOBA there, .305 on the road), Reynolds showed a more patient approach that'll play across venues. Those in 14-team or deeper mixed leagues in need of a CI fill-in can look to Reynolds for the foreseeable future.

Travis Jankowski(OF-SD): Jankowski went 1-for-5 with a run and a stolen base. The speedster is now 15-for-40 with three steals and a 6:7 BB:K ratio as he continues to receive consistent at-bats at the top of the lineup for the Padres. While he's benefiting from a .400 BABIP, his 61 percent groundball rate should enable him to use his speed and maintain one well above his .332 career mark. The fact that he's handling left-handed pitching well combined with the continued struggles of his teammates should afford him consistent playing time moving forward. With 25-plus stolen base potential in his arsenal, Jankowski is a must-own is the majority of standard ROTO leagues with 5 OF slots.

Addison Russell(SS-CHC): Russell went 0-for-3 with a walk and three strikeouts. His line now sits at an uninspiring .250-.341-.358 with 1 homer and 1 steal through 36 games. At 24 years old, Russell is making gains in his plate discipline, chasing less frequently (now 28 percent) and producing fewer swing strikes (rate now at 11 percent). The major issue resides in his lack of hard contact (28 percent) and difficulty pulling the ball (26 percent), which has lead to a regression in the power department. Put it all together and I see a future star who's still trying to find himself, one that fantasy players should exercise patience with in all but shallow, re-draft formats. Hold.

Tweets by Fantistics
Are We Ignoring The Warning Signs With Corey Kluber?
AL Player Analysis - May 14, 2018