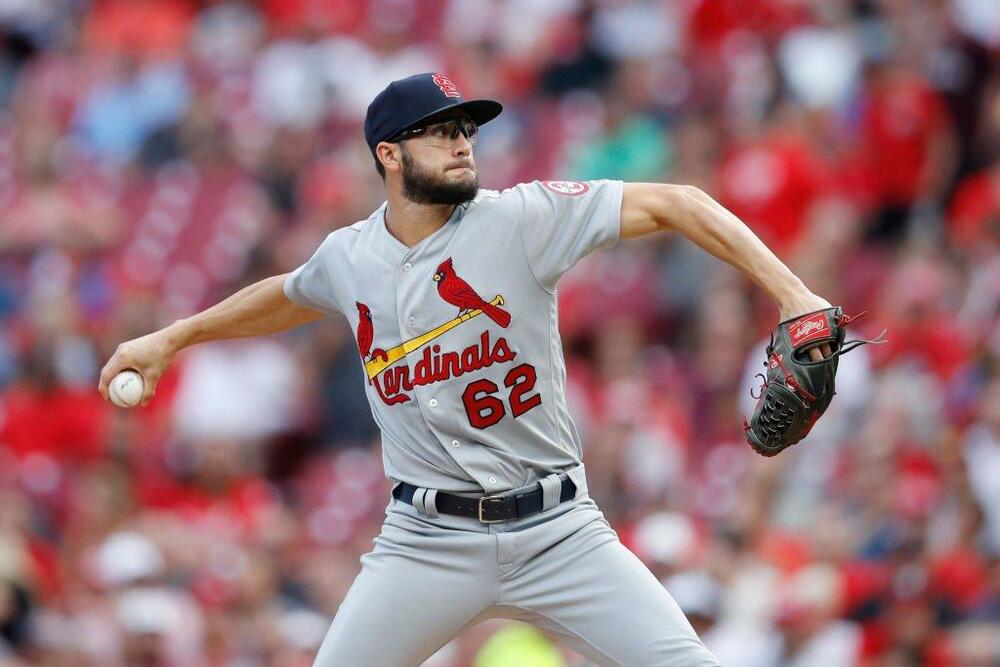 Jose Urena (SP-MIA) - I've seen Urena pitch and come away impressed before, but he's far too unreliable to trust as anything more than a low-end NL-only option. Case in point: Monday against the Braves. Urena lasted just four innings for the second consecutive start, allowing five runs (again, for the second straight start) with two walks and four strikeouts. That takes his ERA to 4.63, a full half run higher than it was two starts ago. Urena has solid ratios, including a 7.4 K/9 and 2.4 BB/9, but hitters have hit .262 against him, and he's allowed 12 home runs. Urena's career ERA is identical to his 2018 ERA, so this is probably who he is at this point. With a fastball that averages just under 96 mph, to me he looks like a guy who can be one of those failed starter / excellent closer type of guys. The Marlins likely won't make that switch this year, but considering they will probably end up dealing their current closer, Kyle Barraclough, Urena could be a candidate to make that conversion next spring.

Ross Stripling (SP-LAD) - Making his first start since the AL took him down in the All-Star game, Stripling had a rocky one on Monday. Serving up three home runs, Stripling was charged with five runs in four innings. On the plus side, he walked none while striking out six, but his ERA spiked a bit from 2.08 to 2.43. For the year, he's still putting up pretty amazing numbers, most notably a 114:14 K:BB in 100 innings. If you're wondering about innings, Stripling's previous high was 127.2 back in 2013 and he tossed just 78 last year while pitching mostly in relief. However, considering he's 28, it's hard to see the Dodgers implementing any sort of innings cap, so figure he sticks in the rotation and throws several more solid 5-7 innings games going forward. With a fastball that averages just 91.7 mph, Stripling relies a lot on location, so you'll continue to see the occasional games like we saw on Monday.

Zack Eflin (SP-PHI) - After missing time with a blister, Eflin made his first start in two weeks Monday, and the results were less than stellar. Lasting just 2.2 innings against the Dodgers, Eflin allowed three solo homers while walking three and striking out one. After winning five straight to improve to 7-2 with a 2.97 ERA, Eflin has now allowed six runs in 7.2 innings over his last couple starts. Eflin's current claim to fame is that he was once traded from LA to Philly for Jimmy Rollins, but he's had a bit of a breakout this year. After battling injuries for a couple years, Eflin now appears healthy, and his fastball velocity reflects that, as it's improved from 92.7 to 94.3 mph year over year. He doesn't have the look of an ace by any means, but he should still be a solid back-end starter going forward.

Daniel Poncedeleon (SP-STL) - The jokes write themselves with this one. All "fountain of youth" giggles aside, Poncedeleon's MLB debut Monday went pretty well. The 26-year-old tossed seven no-hit innings against the Reds before being lifted at 116 pitches. Unfortunately, the Cardinals' offense managed just one run and then Bud Norris game in and blew the save in the ninth, sticking the rookie with a no-decision. So who is this guy? Never heard of him prior to this one, but Poncedeleon did have a 2.15 ERA and 10.1 K/9 in Triple-A, though his 4.7 BB/9 was rather high. It's a great story, particular considering Poncedeleon's history - he underwent brain surgery after being hit in the head by a line drive last May. 14 months later, he almost threw a no-hitter in his MLB debut. This is why baseball is the best sport on the planet.

Joey Lucchesi (SP-SD) - Lucchesi outdueled Jacob DeGrom (well, sort of) Monday, tossing 5.1 innings of two-run ball against the Mets to improve to 5-5. He walked none and fanned six in 5.1 innings to maintain his 3.34 ERA in 15 starts. Lucchesi has locked down a rotation spot with his effort this year, including a solid 75:25 K:BB in 72.2 innings. The 25-year-old isn't a hard thrower, averaging just over 90 mph with his fastball, but he's had some intriguing performances in his ascent through the Padres' system. Last year in High-A: 10.9 K/9, 2.2 BB/9. MacKenzie Gore is probably the future ace of the next Padres contender, but Lucchesi has the look of a solid #3/#4 starter for many years.