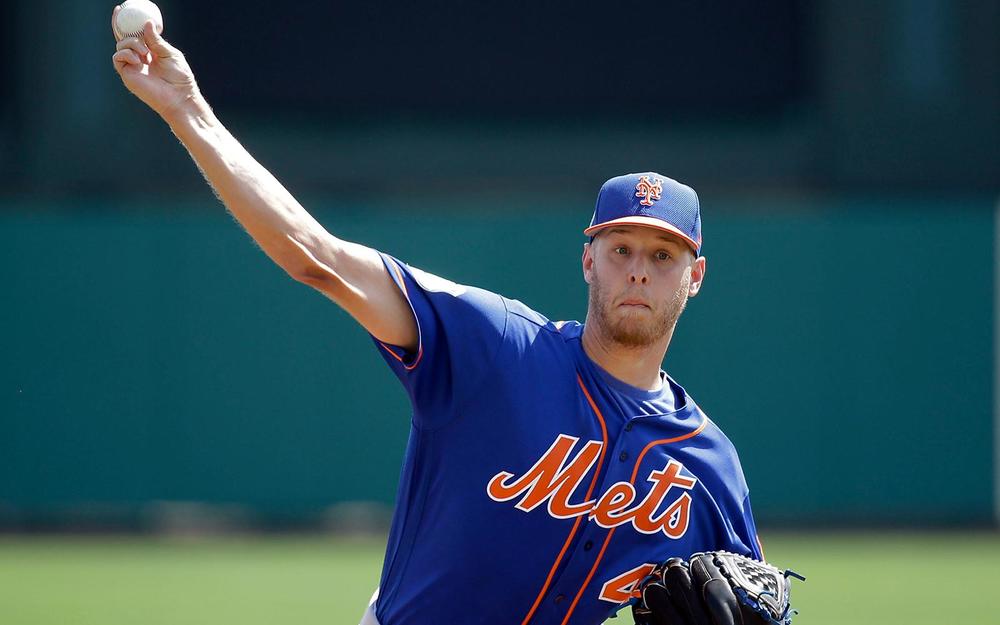 Alex Wood (SP-LAD) - Wood has allowed three or fewer runs in each of his last 12 starts, but considering he's been a 5-6 inning pitcher most of the year, that's hardly impressive. Wood lasted just four frames Monday, allowing three runs on seven hits with two walks and four strikeouts while throwing just 71 pitches. He was pulled in the fifth after allowing a couple runners to reach, and he didn't look happy, so at least this wasn't an injury situation. Wood lately has been excellent, having posted a 2.43 ERA in his previous 10 starts, but things just weren't clicking Monday. He's a competitive guy, so expect a nice rebound next time out.

Jeremy Jeffress (SP-MIL) - Josh Hader may still be the preferred option in the ninth, but as we saw Monday, Jeffress should still be owned in all but the shallowest of leagues. With Hader pitching the seventh and eighth innings, Jeffress recorded his fifth save while dropping his ERA to 1.36. He did allow a couple baserunners, but Jeffress has allowed just one run in his last 11 innings and coming into the game, his 2.9 BB/9 represented a huge improvement over last year's 4.7 mark. Jeffress has maintained consistent velocity (95.1 mph average this year) the past several years, so if he can keep his walks and home runs down, he'll continue to pitch in higher leverage situations.

Derek Holland (SP-SF) - Only 10 of Holland's 102 pitches Monday were swinging strikes, thus the high pitch count after five innings. Ultimately, he was effective, allowing just one run on four hits with a walk and five strikeouts in a no-decision, albeit against the mediocre Nimmo-less Mets offense. Holland has been quietly effective this year, posting a 3.75 ERA in 134.1 innings with a 137:49 K:BB. At 91.6 mph on average, Holland's fastball is well over 2.5 mph off its peak, but his curve has been a much better offering this year than in the recent past, and he's poised in his next start to pass his highest IP total since 2013. Knee, shoulder, and age have impacted his velocity in recent years, but he's thriving in AT&T Park, at least for now. A blowup is likely around the corner, though in nine of his last 10 starts, Holland has allowed two or fewer runs.

Zack Wheeler (SP-NYM) - Sure it was just the Giants' offense, but Wheeler continued to impress on Monday, tossing seven innings of one-run ball in a no-decision (Jacob DeGrom knows all about those kind of nights). Wheeler also walked just one while striking out 10 and lowering his ERA to 3.63. That gives Wheeler a 1.18 ERA and 40:7 K:BB over his last six starts (39 innings). Finally, after missing two full seasons (2015-2016) due to Tommy John surgery, the 28-year-old has finally started living up to the hype that made him a top prospect. The 95.8 mph he's averaging on his fastball is a career-high, and it rates as the 10th most effective fastball in the league among starters with 100+ innings. Wheeler has also dropped his BB/9 to 2.9 versus a 3.7 career mark, and the way he's been going, that ERA should continue to drop.

Bryse Wilson (SP-ATL) - Location wasn't always there Monday, but it was a successful MLB debut for the 21-year-old Wilson against the Pirates. He lasted just five innings, but Wilson didn't allow a run on three hits, walking three and striking out five. Wilson regularly touched 95-96 with his fastball, and considering Wilson had a 2.5 BB/9 in the minors this season, control shouldn't be an issue going forward. Wilson likely is up for just this one start, but maybe the Braves will think twice. Regardless, he's moved at least to "#6 starter" status, so we'll at least see him back in September, if not sooner.