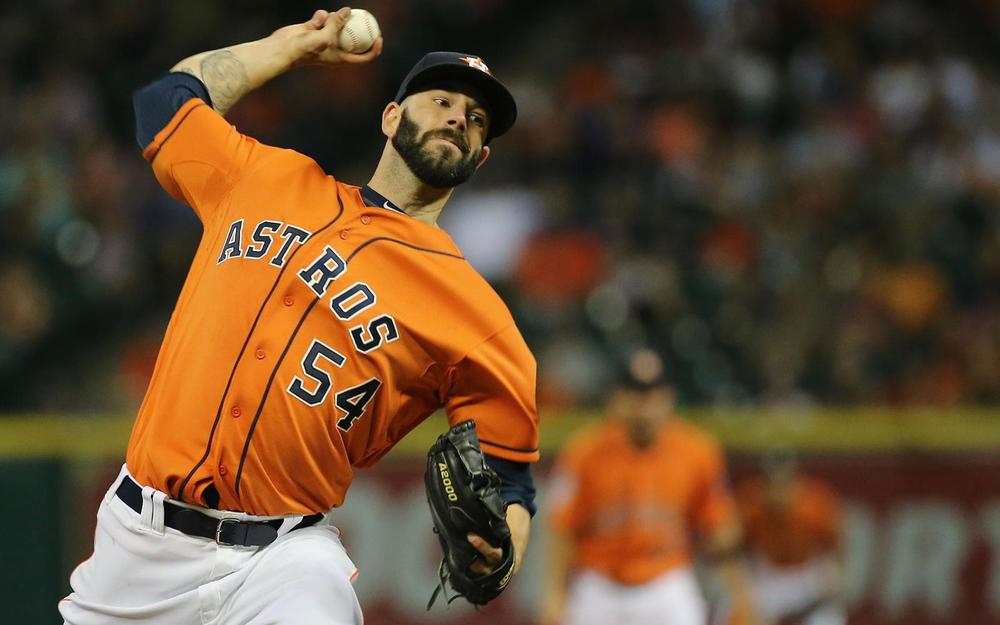 Miguel Andujar(3B-Nyy): Andujar went 2-for-4 vs. the Orioles, hitting his 42nd double of the season in the process. He is now 10th on Player Rater among third baseman, just behind Anthony Rendon and ahead of Matt Chapman. The power looks legit, with the 16 percent HR-FB rate being strongly supported by his hard hit rate and pull-happy profile in the AL East. His plate discipline could use some work, as the 39 percent chase rate and four percent walk rate leave him susceptible to exposure during his sophomore campaign. It'll be interesting to see where he goes in early drafts, but he may take a step back before taking a few forward. Love the long term upside, but weary of short-term risk.

Mike Fiers(SP-Oak): The right-hander took a no-decision after allowing one run on four hits and one walk with five strikeouts over six innings vs. the Twins. Fiers is enjoying some good batted-ball and sequencing fortune this season, but he has embraced a new, aggressive philosophy. As a result, his BB rate has plummeted from nine percent to five percent, and he continued with that approach last night, throwing 55 of 79 pitches for strikes. The margin of error is small for Fiers and he is vulnerable to batted-ball luck, but as a solid number five or six starter, I'm staring to buy in.

Rowdy Tellez(1B, DH-Tor): Tellez went 3-for-4 with a double, a homer, and three RBI's vs. the Rays and has 19 hits, three homers, and 12 RBI's in his first 16 games in MLB. He's doing all of the damage without displaying one of his greatest attributes: his patience. Tellez walked 40 times and struck out just 74 in 112 Triple-A Games this season. While he didn't homer off of a LHP in Triple-A this season, he held his own with a .725 OPS. He'll have some growing pains, but he has the upside of a solid CI, so keep him in mind in the later rounds.

Marco Gonzales(SP-Sea): MG won after allowing one hit and one walk with three strikeouts over six shutout innings against the Rangers. Overall, it has been a quietly solid season for the left-hander (kudos to Michael Waldo for the great call in the preseason!), who has a 139:31 K:BB ratio and a 3.60 xFIP in 161.2 innings. His chase rate and first pitch strike rate spiked to 36 percent and 67 percent, respectively, this season, and with his deep arsenal, he can be quite effective with a 90 MPH average fastball. Look for him as a solid number four starter in 2019, albeit one with a lower ceiling and higher floor.

Neil Walker(INF- Nyy): With a likely spot in the post-clinch lineup, Neil Walker looks like a solid tournament play for his matchup at home vs. Alex Cobb. Walker has hit nine homers vs. RHP's this season (out of 10 total) and carries a .351 wOBA at home vs. RHP's. Cobb has allowed a 35 percent hard hit rate away and is always susceptible to the long ball. At $3700, the price looks right, as it does for several Yankees bats who'll likely see the staring lineup today.