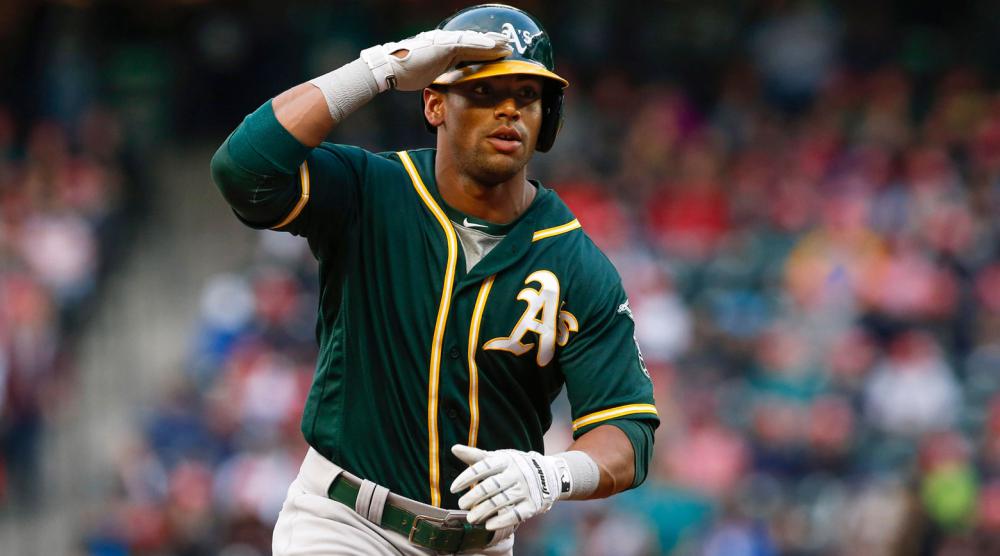 Jason Castro- C- MIN- Idea- It's Sunday and he was off yesterday so there's a good chance Castro will be in the lineup. He brings a slash line of .277/.354/.569 against RH pitching to the matchup with Dylan Covey and his .345/.444/.548 slash line against LH hitters. This is a good opportunity for Castro. Value Play- Draft Kings salary $4100

Jake Diekman- RP- KC- Trade- Oakland added Diekman to their bullpen in a trade with the Royals yesterday. A pair of prospects headed the other way. Although Diekman only has 7 career major league saves, he is a candidate to take at least part of the closer role as Blake Treinen and Lou Trivino have had seasons below their 2018 performances. Diekman has a 4.75 ERA, but his FIP is 3.36 and his K/9 is 13.61. The lefthander has a decent slash line of .211/.331/.358 against RH hitters, so his platoon splits are not that extreme (slash line against LH hitting is .213/.362/.255.)

Matthew Boyd- P- DET- FYI- One of the most talked about players in connection with the upcoming trade deadline, Boyd makes what may be his last start as a Tiger today. In his last outing on Tuesday he made his first quality start since June 7th. Boyd may get his ticket off the team with the worst record in the majors if he can come close to equaling his last start, when he gave up 2 runs on 5 this and 2 walks while striking out 8 in 6 IP. A change of scenery may help him exhibit more of the form that has given him a 3.56 FIP and 3.36 xFIP than his 4.07 ERA. Boyd's 12.00 K/9 and 1.86 BB/9 are very good signs.

Keon Broxton- OF- BAL- FYI- The Mariners claimed Broxton off waivers yesterday and will probably put him in CF while they are dealing with a rash of injuries in their outfield. Teams keep hoping that he recaptures is 20/20 production of 2017 with the Brewers, but he hasn't repeated it so far. Broxton's power and speed did make at least a limited reappearance with the Orioles as he hit 4 homers and stole 4 bases in 112 PAs across 37 with them this season. That wasn't enough to make up for his .204 average and .244 OBP. Broxton also swiped 4 bases for the Mets in 34 games before they gave up on him. Even in 2017 he hit only .220 and had a .299 OBP. At best, with the Mariners having the intent to give him playing time out of a kind of desperation he may put up some counting stats but his average will be a distinct drag.

Khris Davis- DH- OAK- Cold- With a 28-game homerless streak Davis got a game off yesterday. It's not just homers that have disappeared from his bat as he is hitting .178 with 2 doubles in that stretch. Bad luck has been impacting Davis, with a BABIP of .257. His Batting EYE, Hard%, and Soft% have not changed much from before the cold spell. The areas that have shown some drop have been Davis' FB% from 39.5% to 30.0% and his pull% from 42.0% to 34.3%. His contact in the zone has also fallen from 81.8% to 74.0%. Taken together, although his Hard% hasn't suffered, it seems like Davis has started swinging later. We'll see if a break will help him snap out of it.