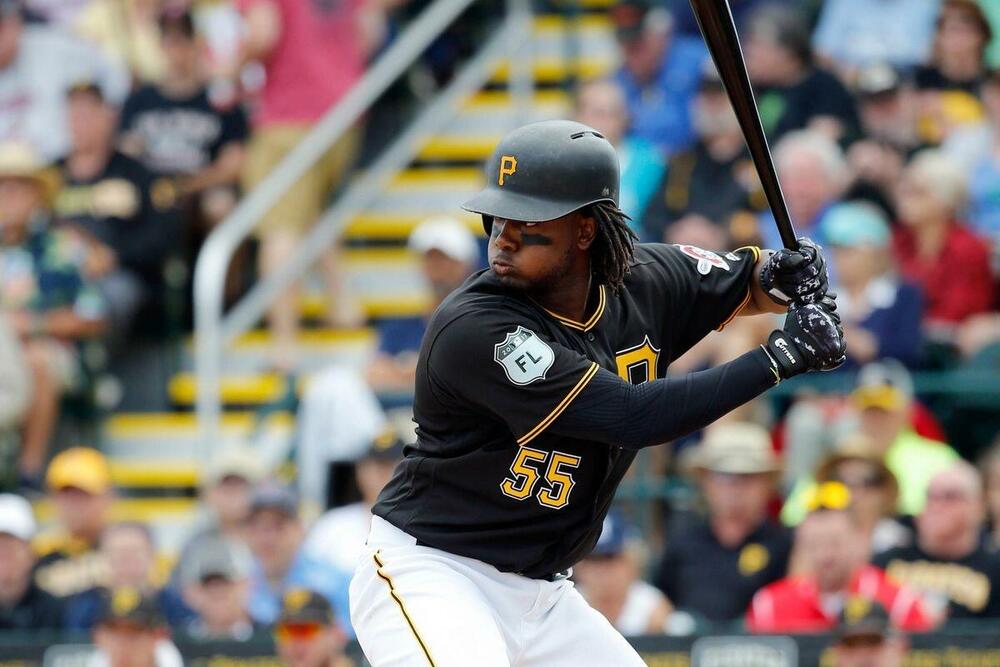 There was a lot of hype around Allen after he posted a 1.38 ERA through his first two big-league starts, although his 6.92 K/9 through those two starts wasn't super promising. His luck came crashing down on Monday when he allowed 6 ER's on 7 hits in 4 IP with 3 Ks and 2 BB's against the Giants. There is still some positive with Allen as he has an excellent 54.9% GB% and has yet to allow a HR through 17 IP this season. But he'll probably need to up his strikeout rate to have maintained success at the big-league level.

After being selected to go to his first all-star game this past Sunday, Bell showed exactly why he deserves to be there, smashing 3 HR's and driving in 7 to lead the Pirates to an 18-5 rout over the Cubs on Monday. After winning the NL Player of the Month Award in May for hitting .390 with 12 HR's and 31 RBI that month, Bell had a much quieter June in which he hit just .208 with 4 dingers, but if Monday's performance is any indication, July will be a lot better for the slugger. Even during his relatively rough June, he still had a 46.0 Hard%, and it's the increase in hard contact that has led to Bell's breakout. My guess is that he won't repeat his .300+ BA and 1.000+ OPS in the 2nd half, but he's a much better player than he was in previous seasons.

Gennett hasn't done much since returning from the IL last week, going 2-12 without a BB or XBH through his first 3 games. He has become a good fantasy asset over the past two seasons, combining for 50 HR's, 189 RBI and a BA over .300 over the course of the 2017 and 2018 seasons. Gennett has increased his Hard%, Launch Angle, and Barrel% over the past two seasons, while he has also been pulling the ball more, all factors which have led to the increased production. It also helps that he has been playing in Cincinatti, although he's been great on the road the last two years as well. He could be a solid add if he's still hanging around on the waiver wire in some leagues.

Suarez went 3-4 with 2 HR's and 4 RBI against the Brewers on Monday, and now has hit 3 HR's in his last 2 games. He struggled mightily in June, hitting just .185 with 3 HR's and 8 RBI and a 28.4% K%, so it's nice to see his power stroke returning. He has continued to hit the ball hard during his slump with a 47.6% Hard% in June, but his FB% dropped to 28.6% after sitting above 40% for each of the first two months of the season. Considering that his career FB% is 38.1%, it's probably just an anomaly, but it will be worth seeing if he starts putting the ball in the air more often again in the 2nd half of the season.