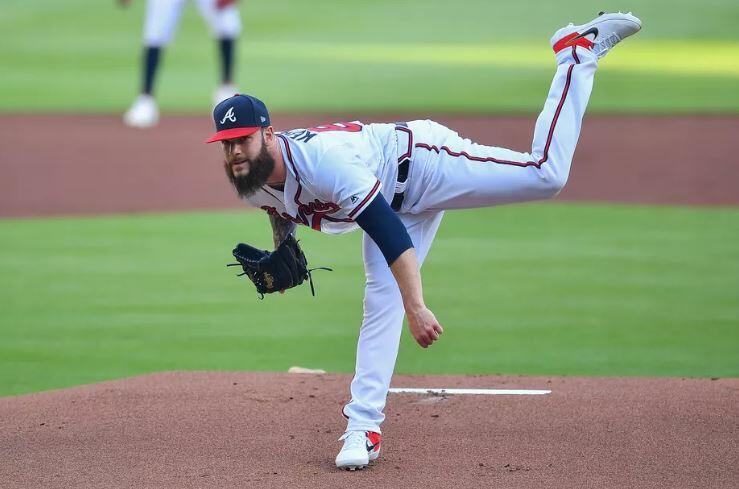 Dallas Kuechel, Atlanta Braves - Dallas Keuchel turned in his best start as a Brave on Tuesday allowing two runs over seven innings, but still took the loss as the Braves ran into an Aaron Nola operated buzzsaw. Keuchel allowed five hits in the outing and walked two, but only had three strikeouts and six swinging strikes in the game. He sat around his usual upper-50% ground ball rate and he limited the Phillies to an average exit velocity of 90 MPH. With a 5% swinging strike rate for the season, we're going to need to see him start missing more bats or else it's going to be a mostly luck profile for the lefty, evidenced early on by his 4.08 ERA and a 5.70 FIP.

Aaron Nola, Philadelphia Phillies - Aaron Nola continued his dominant recent stretch on Tuesday with eight shutout innings against one of the best offenses in baseball. He allowed four hits and three walks to the Braves and struck out eight. He's very quickly righting his slow start to the year and this outing dropped his 4.22 ERA to a 3.89, and his FIP is closing in on a sub-4.00 level too. Nola's swinging strike rate still isn't quite at where we'd like (9.5% for the season, 12% in this outing) but he did generate an impressive 25 called strikes to bring his CSW (called strikes+whiffs) to a near-elite 25%. We expected him to right the ship eventually and he's doing just that, and he'll get one more start before the All-Star Break.

Zach Wheeler, New York Mets - Zack Wheeler allowed two runs over 6.1 innings but didn't factor into the decision on Tuesday. Wheeler was impressive in this game allowing just five hits and striking out eight Yankees. Wheeler's FIP for the year is sitting at 3.63 and is almost a full run lower than his 4.42 ERA, making him a strong candidate for a bounce-back second half of the season. Wheeler's swinging strike rate for the year is 10.5%, right in line with last season and his K% is even up a slight amount from last year. Everything across the board looks the same as it did during his breakout season so more of this is coming.

Phillip Ervin, Cincinnati Reds - Phillip Ervin went 2-for-4 at the plate on Tuesday, which extends his hit streak to six games and he has multi-hit efforts in the of the six. He's been starting frequently in left field for the Reds and his triple slash is sitting at .298/.365/.489 over 52 plate appearances. The biggest issue here with Ervin is that he's striking out in 34.6% of his at-bats for the season, though a 9.6% BB% is very solid. Ervin has a solid speed that could turn into some stolen bases, but he has yet to swipe a bag in the majors this year and has been caught stealing twice. There's definitely some stuff to like here, but the K% has me leery that he's going to have to survive at a ridiculous BABIP to stay fantasy relevant.

Jeff McNeil, New York Mets - Jeff McNeil continues to just rake with another multi-hit game on Tuesday which brings his average up to .351 for the year and he has a 148 wRC+. McNeil has been one of the best fantasy players this year with the ridiculous average and his six homers and 34 RBI to go along with it. The crazy thing with McNeil is that the average isn't even fueled by an absurd BABIP. His BABIP is currently sitting at .389, which you can understand when he has a 22.8% LD rate and a 40% hard contact rate. The only probably with McNeil is that he's been remarkably inefficient stealing bases this year with three steals to go against getting caught stealing five times. A 3-for-8 mark for the year could definitely get the stop light put on him.