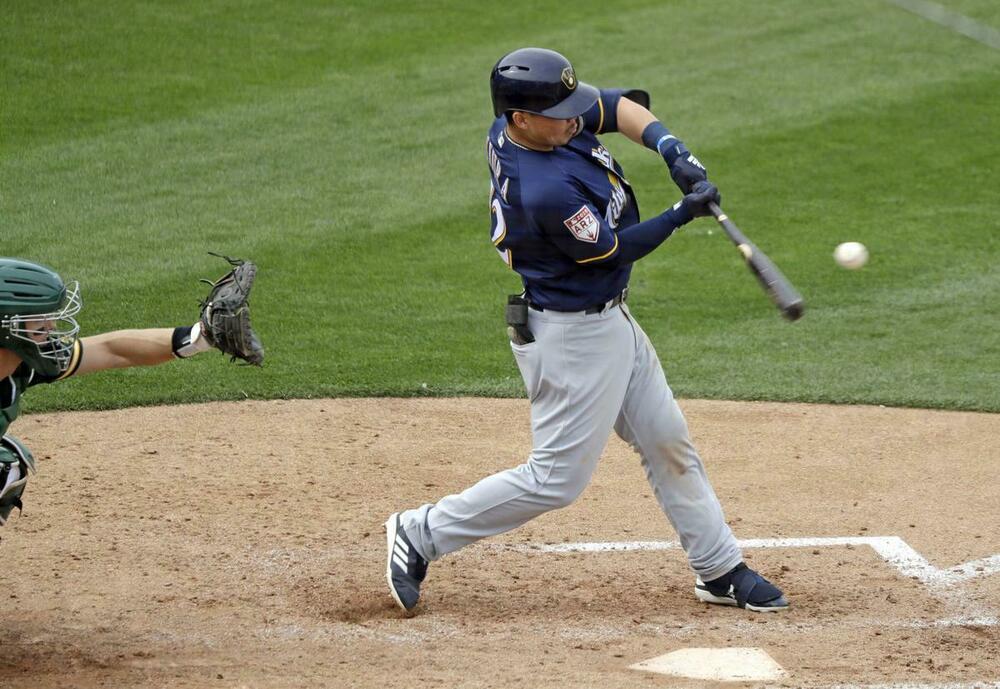 Keston Hiura was 0-3 with 1 RBI against the Reds. Hiura is now hitting .298 AVG with 18 HR, 48 R, 48 RBI, and 9 SB in 78 games. This paces out to a hitter with a .290+AVG who also has 35+ HR power and 15-20 SB which would be a first-round talent. He's not going to get drafted there next year but this is someone with major fantasy upside that has got lost in the shuffle due to the great rookie seasons of Fernando Tatis Jr., Vlad Guerrero Jr., and Yordan Alvarez. If you take a look at Hiura's underlying skills there is a lot to like (8% BB, 44% Hard, 38% FB, 91 mph EV, 15% Barrels). However, there is one major concern and that is his 30% strikeout rate. He showed the ability to make contact in the minors but his O-swing% and Contact% in the majors is below league average. This is concerning but he is young enough and talented enough to improve on those numbers in his second full season. Hiura is a second-round talent that is going to go much later than that in 2020

Mitch Keller went 5 IP and gave up 1 ER on 7 H, 2 BB, and 7 K's against the Cubs. Keller has now made 11 starts at the major league level and the results have not been great (7.13 ERA and 1.83 WHIP). Despite the poor results there are encouraging signs for the young right-hander. His 3.77 SIERA points to his upside given his current skills. He is showing the ability to miss bats (29% K) with good control (7% BB). His strikeout rate is backed up by 11% SwStr. Keller is not going to run a .475 BABIP over the course of a full season. He does need to figure out how to get lefties out (.406 wOBA) because he not using a changeup which is a good pitch against left-handers. The Pirates rotation is not good therefore there will once again be an opportunity for Keller to learn on the fly and he should come extremely cheap on draft day next year.

Sonny Gray went 5 IP and gave up 3 ER on 3 H, 2 BB, and 6 K's against the Brewers. Gray has had a monster bounce-back season in Cincinnati. He has a 2.87 ERA and 1.08 WHIP through 175.1 IP. The strikeouts returned (29% K) which allows him to have a higher than usual walk rate (9% BB). The strikeouts in combination with 52% GB is a deadly combination and helps him have success in a hitter-friendly home park. Even if Gray were to regress towards his 3.96 SIERA he would an above-average fantasy starter and he will be entering his age 30 season which is far from old for a pitcher. The improved results came from a change in his pitch mix. He stopped throwing his cutter in favor of his four-seam and more off-speed pitchers (CV & SL). The reunion with his college pitching coach, Derek Johnson, has worked wonders and Gray should be a top-30 starter next year.

Adrian Houser went 4 IP and gave up 2 ER on 3 H, 0 BB, and 3 K's against the Reds. Houser has been very solid for the Brewers as a starter. On the year, he has made 17 starts and has a 3.86 ERA and 1.32 WHIP. He has shown the ability to miss bats (25% K) with average control (8% BB). The 25% K is not elite but in combination with 54% GB it pairs for an excellent combination. His 3.94 SIERA backs up what he is doing. His biggest issue going forward is going to left-handed batters. They had a .354 wOBA and 42% Hard compared to .275 wOBA and 34% Hard against right-handers. Houser relies heavily on his fastball (67%) so a few more off-speed pitches might do him wonders in 2020. Either way, Houser has displayed enough skill to stick in the Brewers rotation and on our fantasy rosters.