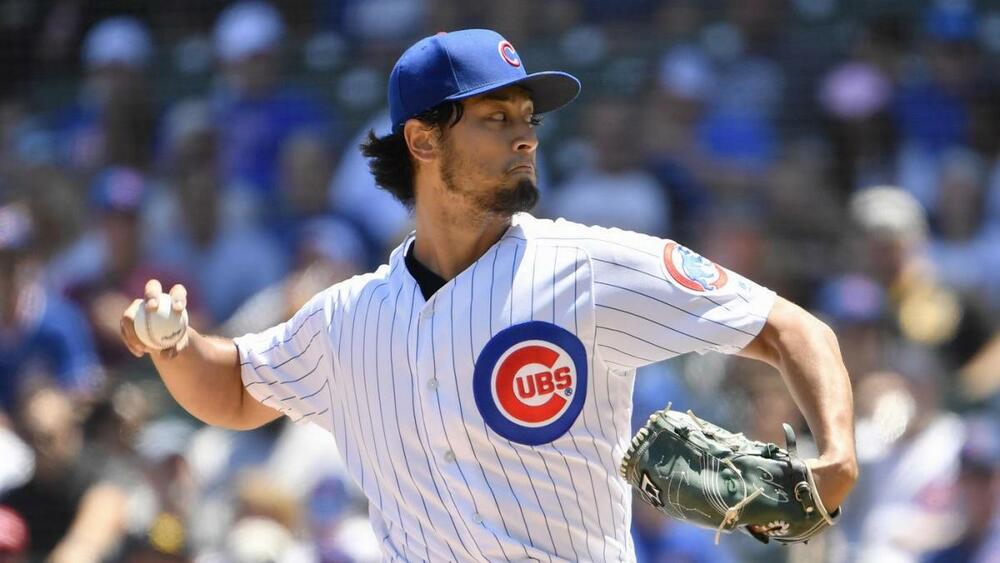 Darvish tossed 8 and 1/3 innings, allowing 3 ER while striking out 12. He allowed 2 runs in the 9th to ultimately take the loss but was dominant up until that point inducing 23 swinging strikes. Darvish continues to pile up the strikeouts for the Cubs as he entered play with a 11.47 K/9 and has struck out 229 over 178 and 2/3 IP. It appeared 2019 would be a struggle for Darvish command wise, as he walked 41 batters over his first 60 innings but has exhibited almost pinpoint control since the beginning of June, walking just 15 batters over 110 innings. While he has still been prone to his share of blowups thanks to a 1.69 HR/9 and only has 6 wins over 31 starts, it's hard to ignore how he has been able to pile up the strikeouts. While he is still during a 6-year contract, he does have an opt out clause after this season so it will be an interesting situation to follow over the winter.

Conforto went 2-3 with his 31st home run of the season Sunday. He has put together almost a repeat of his 2018 season but has managed to set career high in most offensive categories including home runs (31), runs (85), RBIs (87) and stolen bases (7). His .840 OPS is also a career high, and despite the low .252 average he still shows good plate discipline drawing a nice number of walks (12.6%) and an acceptable number of strikeouts (22.8%) for the power he provides. The knock on Conforto has always been his struggled vs lefties and while still not great numbers, he has made good strides hitting around the .250 mark each of the past 2 seasons.

Sierra went 2-3 with a double, triple and 2 runs scored. Sierra has done nice work in limited at bats (.350/.381/.425 line) in 2019 and his hitting this year looks much more in line with his 2017 season that saw him hit .317 over 64 plate appearances, compared to the .190 mark over 156 PAs last year. He had a .413 babip in 2017, a .259-mark last year a .387-mark year - a number that is turning out to be a strong indicator of his overall success. The power is virtually nonexistent, as his extra base hits Sunday were the first of his season, and overall, he has a very weak 17% hard-hit rate and a .012 (yes that number is correct) as he has 5 career extra base hits in 262 plate appearances. The appeal here is the batting average and speed as he has swiped 20+ bags multiple times in the minor leagues. He is only 23 and I would be curious to see if he can post a high enough average and steal enough bases to be relevant even if he projects for a sub .650 OPS with the low number of extra base hits.

Kendrick went 2 for 4 Sunday. He got the day off yesterday but has hit a second gear with his hitting this month hitting a ridiculous .432 thanks to picking up multi-hits in 5 of his past 6 games. The vet has done everything in his power to get the Nationals to the playoffs as he owns a .346/.394/.537 line on the season with 16 home runs and 61 RBIs. His home run total is the most since he hit 18 in 2011 as he has a turned in a career high 45% hard-hit rate in 2019. In addition to hitting the ball with much more authority he has buttoned up his plate discipline, boasting a career low 13% strikeout rate thanks to a 7.5% swinging strike rate. Kendrick should be a fixture for fantasy owners gunning for a championship next week.