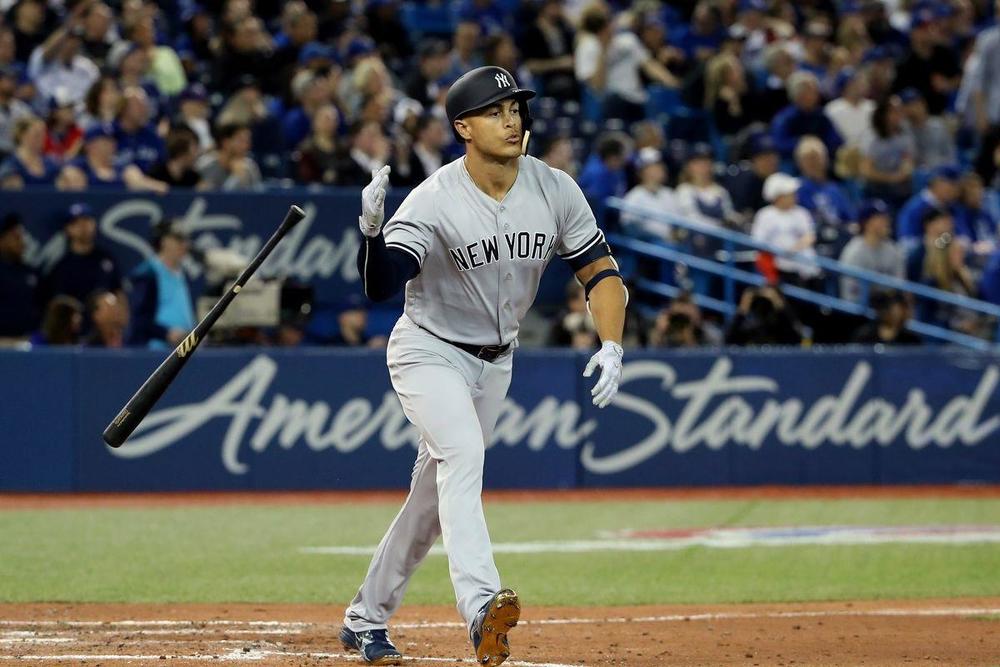 OF George Springer is considered day-to-day with a wrist injury. Manager Dusty Baker said nothing is broken or fractured which is a huge plus. Shohei Ohtani (elbow) returned to the lineup on Thursday and promptly went yard. His value has gone up now that he should be Angels primary DH with pitching being out of the picture for 2020. OF Joe Adell is dealing with quad soreness but is not expected to miss any significant time. The Angels have committed to playing him every day which means he should be owned everywhere. This is bad news for OF Justin Upton and OF Brian Goodwin who are going to split time in left field. Both are unplayable in mixed leagues due to the lack of at-bats. SS Andrelton Simmons (ankle) is recovering slowly and is not going to come off the IL when eligible. This means that SS David Fletcher is going to continue to get everyday at-bats at SS and 2B Tommy La Stella at second. 2B Nick Madrigal (shoulder separation) has been placed on the 10-day IL and is looking at a lengthy absence. This has placed stress on the White Sox infield depth with SS Tim Anderson (groin) also on the IL. SS/OF Leury Garcia has been playing short with 2B Danny Mendick and 2B Ryan Goins filling in at second. Garcia is off to a hot start (.326 AVG with 3 HR) and needs to be owned in all formats. Mendick and Goins are not fantasy relevant. 1B Edwin Encarnacion is dealing with a sore shoulder and this is an injury to watch because if he were to the IL there is a chance that the White Sox call up 1B Andrew Vaughn who has serious fantasy potential. OF Nomar Mazara (leg) was back in the lineup on Saturday playing RF. OF Eloy Jimenez moved up to the #2 spot in the lineup on Saturday which is worth monitoring because it would increase his value. UTIL Nick Solak has now played five games in the outfield which should give him OF eligibility. He has also played four games at second and with 2B Rougned Odor dealing with an oblique injury he could gain eligibility there as well. OF Alex Verdugo has been getting hot and is now slashing .294/.368/.559. There was talk towards the end of the week of him moving to the leadoff spot with OF Andrew Benintendi (.061/.2790/.091) being moved down and that is exactly what happened on Saturday. The leadoff spot would be a nice value increase for Verdugo because of the increased at-bats. 3B Josh Donaldson (calf) has been placed on the 10-day IL. This is an injury that has given Donaldson a lot of trouble in the past. The Twins are going to play Marwin Gonzalez every day in his absence. 2B Luis Arraez missed games towards the end of the week with knee soreness but did return to the lineup on Saturday. OF Giancarlo Stanton (hamstring) is likely heading to the injured list according to manager Aaron Boone. This should open regular playing time for OF Mike Tauchman who was good a year ago (.277 AVG with 13 HR/6 SB in 87 GP) and is hitting the ball well this year in limited time (.364/.417/.455).

Trent Thornton has been placed on the 10-day IL with elbow soreness. It is unknown who will take Thornton's spot in the rotation but one possibility is Thomas Hatch. Yonny Chirinos (tricep inflammation) was placed on the 10-day IL. The Rays are likely to mix and match with their bullpen arms while Brendan McKay gets stretched out. Trevor Richards was recalled and could be used as a starter or bulk reliever. Shohei Ohtani and the Angels do not anticipate a return to the mound in 2020. Jake Odorizzi (intercostal strain) was activated on Saturday and made his season debut (3 IP, 2 ER, 4 H, 2 BB, 2 K). According to manager Dusty Baker, Justin Verlander's recovery is "not progressing as quickly as he'd like". This is not a good sign for a 37-year-old pitcher with a forearm strain.

Rafael Montero (strained forearm) was activated on Friday and promptly picked up a save. Montero is coming off a strong 2019 season (2.48 ERA 0.97 WHIP, 30% K, 4% BB, 3.01 SIERA). He will not have the closer's role to himself initially as the Rangers are going to go with a committee at closer with manager Chris Woodward saying there would be no defined roles. He mentioned Edison Volquez and Jonathan Hernandez as possibilities. Hernandez has the best stuff (37% K, 14% SwStr) but can struggle with command (11% BB). All three guys could be owned if desperate for saves with Montero being the best long term bet this year. Roberto Osuna (elbow) is going to miss the rest of 2020 which means that Ryan Pressly is now the Astros closer. The only problem with this is that Pressly has dealt with injury already this year and blew his first save chance. The good news is that he bounced back nicely in a tied game on Friday with a scoreless inning. Other names to watch in Houston are Josh James and Blake Taylor if Pressly were to lose the role. Trevor Rosenthal picked up his second save on Friday night. His stuff looks great (98+ mph) and the results have matched (1.59 ERA, 0.53 WHIP, 37% K, 0% BB). He needs to be owned. Hunter Harvey (elbow) is still three weeks away according to manager Brandon Hyde which means that Cole Sulser is going to remain the Orioles closer for the foreseeable future.

RP Rafael Montero (TEX)- Rafael Montero (strained forearm) was activated on Friday and promptly picked up a save. Montero is coming off a strong 2019 season (2.48 ERA 0.97 WHIP, 30% K, 4% BB, 3.01 SIERA).He has not been named the closer but he is the current front-runner in Texas.

C/3B Isiah Kiner-Falefa (TEX)- Isiah Kiner-Falefa has been the Rangers regular third baseman but has catcher eligibility in most leagues which is extremely valuable. Kiner-Falefa is also swinging the bat well (.353/.405/.471) and stealing bases (4 SB) which is very rare for a catcher. If he is still available he is a great option at catcher and more middling as a 3B due to the lack of power.

SS David Fletcher (LAA)- Andrelton Simmons is still dealing with an injury and 2B Tommy La Stella hasn't lit the world on fire so Fletcher's playing time seems secure. He is hitting .327 with 2 HR, 9 R, 8 RBI, and 2 SB. Fletcher has excellent plate skills which leads to a plus average and he can chip in at steals but the power is not real despite the 2 HR in 14 GP after just 6 HR in 154 GP last year.

RP Trevor Rosenthal (KCR)- Trevor Rosenthal picked up his second save on Friday night. His stuff looks great (98+ mph) and the results have matched (1.59 ERA, 0.53 WHIP, 37% K, 0% BB). He needs to be owned and manager Mike Matheny has experience with him in St. Louis.

C Max Stassi (LAA)- Max Stassi has been playing over Jason Castro recently for the Angels. This is because Stassi is swinging a hot bat (.333 with 4 HR, 6 R, and 10 RBI). Stassi has been able to make contact (14% K) and hit the ball hard (48% Hard) which is a recipe for success. It is a small sample but in today's environment decisions have to be quick and he is swinging a hot bat right now.

1B/3B Todd Frazier (TEX)- Todd Frazier has been playing first for the Rangers. He is hitting .286 with 2 HR, 5 R, 5 RBI, and 1 SB. The steals aren't coming back for the 34-year-old but he will hit for power and is getting everyday at-bats. This is the type of environment we are in currently with playing time being king. It doesn't hurt that the is showing plus plate skills as well (19% K, 9% BB).

RP Ty Buttrey (LAA)- Hansel Robles has struggled mightily this year and has been removed as closer. It looks like Ty Buttrey is going to get the first opportunity to close games for the Angels. His velocity is down and the results have been poor (5.68 ERA and 1.58 WHIP) but anyone closing is worth rostering but know he can lose this job at any second.

OF Mike Tauchman (NYY)- The Yankees had a plethora of depth in the outfield which is why Mike Tauchman has not been playing regularly despite a good year last year (.277 AVG with 13 HR/6 SB in 87 GP). The injury to Giancarlo Stanton is going to open up playing time for Tauchman who is hitting the ball well this year in limited time (.364/.417/.455).