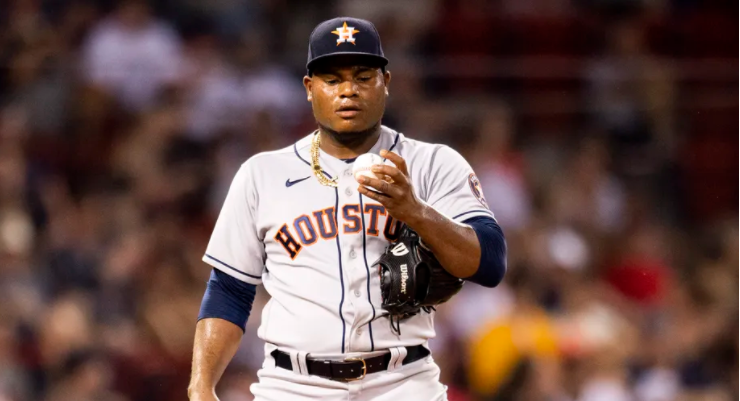 Gary Sanchez, New York Yankees - Gary Sanchez hit his 7th homer of the season. Sanchez's triple slash is sitting at .217/.333/.406 and he's coming off the month of May where he slashed .213/.333/.443. Four of his homers came last month, and he has reigned in his strikeouts a bit as he's sitting at 28.8% for the year after a horrific 36% rate last season. The 28% is still in the 15th percentile in strikeout rate, and his barrel rate has taken a significant step back as it's down to 11% after back-to-back seasons of 19% and 17% respectively.

Andrew Vaughn, Chicago White Sox - Andrew Vaughn hit his fifth homer of the year. Vaughn's OPS flirted with .800 for a bit in the middle of May, but he's slowly climbing back up as he sits at .724. His strikeout rate is sitting at 27% and he's barreling the ball at an 11% clip. His hard-hit rate is up over 50% and his LD% is climbing back up to near 30% after it dipping down to 21% last month. Unfortunately, his ground-ball rate is also spiking back up to over 50% for the month of June early on. If Vaughn can continue to hit the ball in the air we should continue to see an uptick in his numbers, but that ground-ball rate this month needs to relax a bit as we get further into the month

Framber Valdez, Houston Astros - Framber Valdez continues to absolutely dominate since returning from the IL, tossing 7.1 innings of one run baseball against a strong Red Sox offense. He generates a 36% CSW in the outing, an extremely strong rate, and he struck out eight batters to give him 22 over his 18.1 innings this year. His ERA drops down to 1.47 with this start and each of his last two starts has come against Boston and he's allowed two runs over 14.1 innings with 18 strikeouts. He's completely healed from his fractured finger and is pitching unbelievably well right now.

Robbie Ray, Toronto Blue Jays - Robbie Ray followed his nine strikeout performance with 13 punchouts against the White Sox on Tuesday. Ray's been on a hot stretch with three quality starts in his last four outings, with at least seven strikeouts in each start. He's been better at limiting hard contact in his most recent starts, a good move as even though he was missing bats early in the year he was still getting hit hard when batters made contact. He has a strong offense behind him and is going to have a lot of win chances for the Jays if he keeps pitching like this.

Miguel Andujar, New York Yankees - Miguel Andujar has been getting more consistent playing time lately and has responded well with a .261/.292/.652 slash line in June. He hit his fourth homer of the season on Tuesday while going 2-4 at the plate. The Yankees are desperately looking for some consistency with the offense and if Andujar can hit he's going to get a shot to play every day. We've seen was Andujar can do when he's on, and it's something to keep watch of over the next few days before we head into the FAAB weekend.