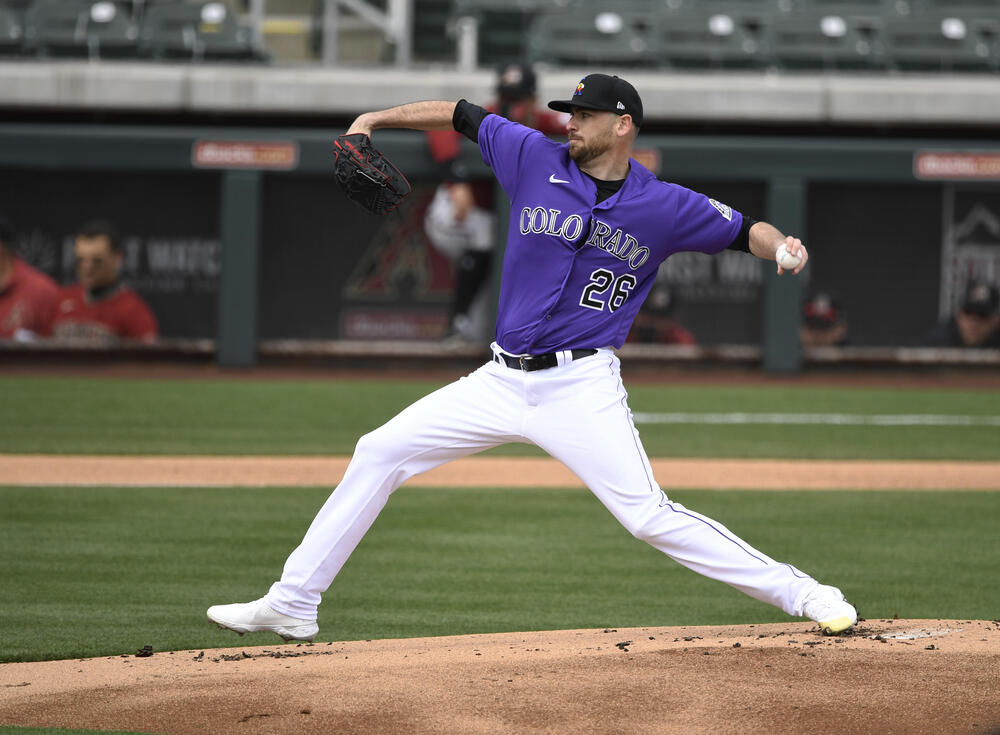 Gomber pitched well yet again on Thursday, tossing 6 shutout innings, while allowing just 3 hits, and striking out 6 without a BB. Over his last 5 starts, he has compiled a 1.53 ERA, with an exceptional 32:3 K:BB in 29.1 IP, and his xFIP is below 3.00 across that stretch. In the 4 starts prior to Thursday's outing, he had a 54.8% GB% and had allowed an EV of just 85.3. It's fair to shy away from any Rockies pitcher, but Gomber has surprisingly been excellent at home this season, posting a 1.33 ERA at Coors, albeit in a small sample size (20.1 IP). Whether or not this will stick, we will have to see, but there's no doubt that Gomber has been amazing recently, with the key being his BB-rate improvement. He came into Thursday with a 3.90 BB/9 for his career, so maintaining his sudden improvement in control will be vital in keeping this hot streak going.

Hayes returned from a two-month stint on the IL to rejoin the Pirates on Thursday, and went 2-4 with a 3B and a run scored. He had only played 2 games this season before being forced to miss extended time with a wrist injury. He was a hot pick this draft season after hitting .376 with 5 HR's and 17 runs scored in 24 games last season, but he may be available now after some of the hype has worn off. We can't expect him to keep up the pace from a year ago, but Hayes has displayed good contact skills and speed in the minors, and posted an impressive 55.4% HardHit% with the Pirates in 2020. Check to see if he's available on the waiver wire.

Hernandez allowed 1 ER on 3 hits in 5 IP against the Pirates on Thursday, striking out 6 in his return from a biceps injury, but was forced to leave the game with a quad injury after running the bases. It's a tough break for Hernandez who had been out since April 3, when he lasted just 1.2 IP because of his original injury. When on the mound, he has done quite well, recording an 9:0 K:BB, and 3.03 xFIP across 7.1 IP this season. The high strikeout rate isn't coming out of nowhere; Hernandez posted an 11.9 K/9 last year, and it was 9.29 in 2019. He should continue this trend once he's healthy again, but health seems to be a big issue with him right now.

Reynolds went 2-3 with his 8th HR the season against the Marlins on Thursday, and has now hit 4 HR's in his last 7 games. This comes after he hit 4 HR's in his first 46 games this season. Reynolds has been more of a high average, high OBP type of player early in his career, and he lives off of a high LD% (career 23.4%). But if he is adding more power into the mix, that would take him to a new level. The truth is that it's not like Reynolds has been void of any power until now - he did hit 23 HR's in 189 games over the last two seasons combined - so it's fair to say that Reynolds has a good shot at attaining his first 20 HR season this year. That alone may not seem extraordinary, but if you combine it with a .290 BA and 90 runs scored, that would make Reynolds an extremely valuable fantasy asset.