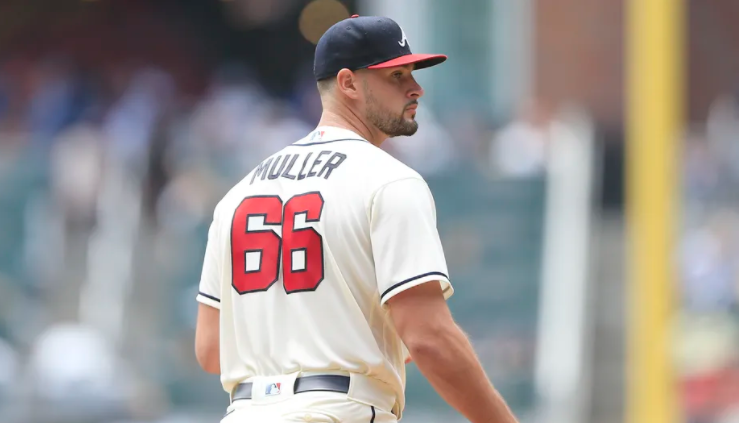 NL IN THE LINEUP

Josaiah Gray was sent to the Nationals on Thursday in the deal involving Scherzer and Turner. Like Ruiz, this is also a huge positive for Gray's outlook as he will be locked into a rotation spot with Washington going forward as they are looking to fill multiple spots. Gray has looked great in his first stint in the majors and is worth an add right now with the near guarantee that he sticks the rest of the year... Max Scherzer has been dealt to the Dodgers. Scherzer has looked like his normal self this year despite a few injury scares, and the rest of his season outlook should be even better since he's landed on the better team... Danny Duffy was acquired by the Dodgers via trade with Kansas City. An interesting deal as Duffy is set to be out for another month with his forearm flexor strain, but it's a significantly better opportunity for him over the rest of the year compared to him with the Royals. He isn't expected to pitch before September... Stephen Strasburg's thoracic outlet surgery went well on Wednesday. He's out for the remainder of the season but the team is optimistic he'll be ready for the start of the 2022 season... Pablo Lopez is progressing in his rehab for his rotator cuff strain and threw from 60 feet on Friday... Elieser Hernandez will begin a rehab assignment on Saturday for his quadriceps. Hernandez has only appeared in one game this year as he injured his quad running the bases during his first appearance of the season... Jake Arrieta was activated off of the IL ahead of his start on Friday... Jordan Holloway was optioned to AAA after two straight rough outings for the Marlins... Ian Anderson is closing in on a rehab assignment for his shoulder after throwing multiple successful side sessions in recent days... Bryse Wilson was traded by the Braves to the Pirates, and the Pirates called him up to the majors on Saturday. The team hasn't said how they might use him but there's a path for him to start for them or fill a role in the bullpen... Trevor Rogers was activated off the IL in advance of his start on Saturday. Rogers has been out with back spasms but they ultimately cost him just one start... Kyle Gibson will likely start for the Phillies on Sunday after being acquired from the Rangers... Carlos Carrasco made his 2021 debut on Friday and allowed one run over four innings. The only run he gave up was a home run on the first pitch of the game. He only threw 58 pitches as he likely will keep building his pitch count start by start... Trevor Williams was acquired by the Mets at the deadline and was optioned to AAA... Miles Mikolas extended his scoreless rehab stretch to seven innings after four scoreless innings on Thursday. His next start is next week, and he is expected to throw around 70 pitches, and then be in line to be activated after that... Jacob deGrom has been shut down for two weeks after an MRI revealed some inflammation in his injured forearm. deGrom has been throwing some side sessions and now will stop throwing altogether. The club is hopeful he'll be able to rejoin the team in September... Jon Lester was shipped to the Cardinals at the trade deadline. Lester hasn't been great overall this year, but he's pitched well since the All-Star break... JA Happ also joined the Cardinals and has also struggled mightily this year... Kyle Gibson will slot into the Phillies rotation after being acquired on the deadline... Mitch Keller is back in the majors but his role with the team has not be specified.

Kyle Finnegan picked up his first save of the season on Thursday for Washington. Finnegan has been pushed into the closing role for the team with Daniel Hudson being placed on the COVID-19 list and will have a shot to stick there after Hudson was traded to the Padres Thursday night... Hudson will work in a high-leverage role with the Padres as Mark Melancon is entrenched in the closing role... Michael Lorenzen was activated by the Reds and will rejoin the Reds bullpen... Matt Moore has been relegated to the bullpen for the Phillies... Richard Rodriguez will join the Braves bullpen and likely fill a late-inning role with the team. Will Smith likely stays as the closer for the team which dings his traditional fantasy value, but he'll still be plenty worthwhile in saves+holds leagues... Aaron Sanchez has been activated by the Giants and will fill a bullpen role going forward. He tossed two innings and allowed a run in his return on Friday... Tony Watson will rejoin the Giants bullpen after being traded by the Angels at the deadline. Watson should fill a middle relief role for the team... Dinelson Lamet tossed a simulated inning and could return to game action soon according to the team. He's expected to start a rehab assignment at some point, but with him likely returning to the Padres in the bullpen they could decide to just bring him straight back... Ian Kennedy joins the Phillies at the deadline, and he likely will get in the mix for saves as the closer by committee for the Phils this year has been less than ideal.

Luis Garcia, Washington Nationals - Garcia should get an extended run of playing time after the Nationals fire sale at the deadline. He has no competition on the infield anymore and should get plenty more playing time over the rest of the season. Garcia was slashing .303/.371/.599 across 37 games with 13 homers, easily a career-high for him even with just the handful of games. He routinely posts strikeout rates below 20% and has posted wRC+s over 100 in every stop in the minors besides one.

Kyle Muller, Atlanta Braves - Muller has pitched extremely well for the Braves and should have a rotation spot going forward, but there is one issue with him. Mueller has been walking batters at a pretty poor-rate, and with Ian Anderson and Huascar Ynoa closing in on rehab stints his days could be numbers. There's a lot that Muller does right though with striking out over a batter per inning and besides his sinker, batters are having trouble doing much against him at the plate. Both his slider and curveball have whiff rates over 35%, and his fastball is his worst non-sinker pitch and he has a .322 xwOBA against him on that offering.

Tylor Megill, New York Mets - Megill continues to just dominate for the Mets and is now sitting with a 2.04 ERA over 35.1 innings with 39 strikeouts. He could generate a few more whiffs, but he's also outstanding at avoiding barrels (97th percentile)His hard-hit rate is a little high at 27%, but he's generating almost a 45% ground ball rate. With his whiff rate sitting in the 30th percentile and a strikeout rate in the 69th percentile, if that whiff rate starts to tick up and all and push his strikeout rate even higher there's a chance that he could really take off to even higher levels.