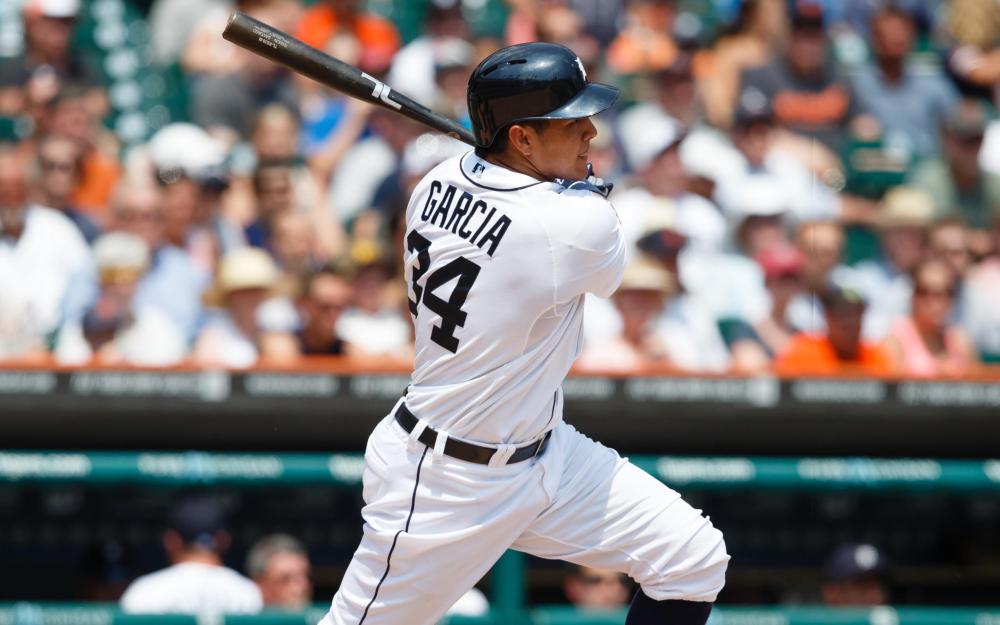 Garcia went 1 for 3 with his 28th home run of the season on Monday night. The 30-year-old is enjoying a breakout campaign in 2021 and has been swinging a hot bat recently, with three homers over the past four contests. Garcia's .270 average is nothing new (.271 career hitter), but his power is way up. His 28 homers are already a career-best (20), and his .223 ISO is well above his career .161 mark. From the looks of it, Garcia hasn't made any drastic changes in his approach at the plate, yet he is hitting the ball better than he ever has in his 10-year big league career. His 47.5% HardHit% and 12.3% Barrel% are career-bests that are well above his career percentages (40.8% and 8.6%). However, his hefty 26.0 HR/FB rate will be difficult to replicate next season.

Peralta gave up three runs and struck out nine in 6.0 innings on Monday night. After three straight short outings, the 25-year-old has now completed 6.0 innings in his last two starts. After being named an all-star for the first time, Peralta hasn't pitched quite as well here in the second half of the season. In 41.0 innings since the break, opponents are hitting .217 with a .277 wOBA. Before the break, those numbers were .131 and .233. Peralta has never pitched more than 85.0 innings in a big-league season before and is at 139.0 right now, so he is likely a bit gassed at this point. Still, he owns a 2.65/3.63 ERA/xFIP and 12.3 K/9 for the season.

Tsutsugo went 2 for 4 with a homer and two RBI on Monday night in Cincinnati. The 29-year-old's season stats may not be pretty, but he has hit exceptionally well since coming to Pittsburgh in August. Tsutsugo hit .155 with a .215 wOBA while he was with the Rays and Dodgers, but since coming to the Pirates, those numbers are at .306 and .430. He has been getting regular playing time with the Bucs, and with that, he has been able to get more comfortable at the plate. In 31 games in Pittsburgh, Tsutsugo has vastly improved his Plate Discipline with a 20.7% O-Swing% and 9.4% SwStr%, which has dramatically decreased his strikeout percentage (20.0% K% verses 33.1% prior). It's a small sample size, but Tsutsugo has proved he can swing the bat over the last month of the season.

Arenado went 2 for 3 with a homer and two RBI on Monday night in Milwaukee. He now has 33 homers and 101 RBI on the season, which is right where you expect him to be. Many people were worried about how Arenado would fair playing out of Colorado. Though his slash stats aren't as pretty as they usually are (.257/.313/.503), it's hard to complain about this production. He may not be the perennial first-round fantasy pick he was in Colorado. Still, there is no reason to think he won't continue to put up 30+ homer, 100+ RBI seasons for the foreseeable future in St. Louis.

Chisholm hit a pair of home runs and collected three RBI on Monday night. He also swiped third and scored on a wild pitch in the bottom of the 10th inning to win the game for the Marlins. The 23-year-old middle infielder has displayed a nice blend of power and speed here in his rookie campaign. He now has 17 home runs and 22 stolen bases for the season. If Chisholm can reign in some of his aggression at the plate, he will be a diverse fantasy producer for years to come. With a 33.1% O-Swing% and 12.4% SwStr%, he currently owns a hefty 28.9% K% this season.