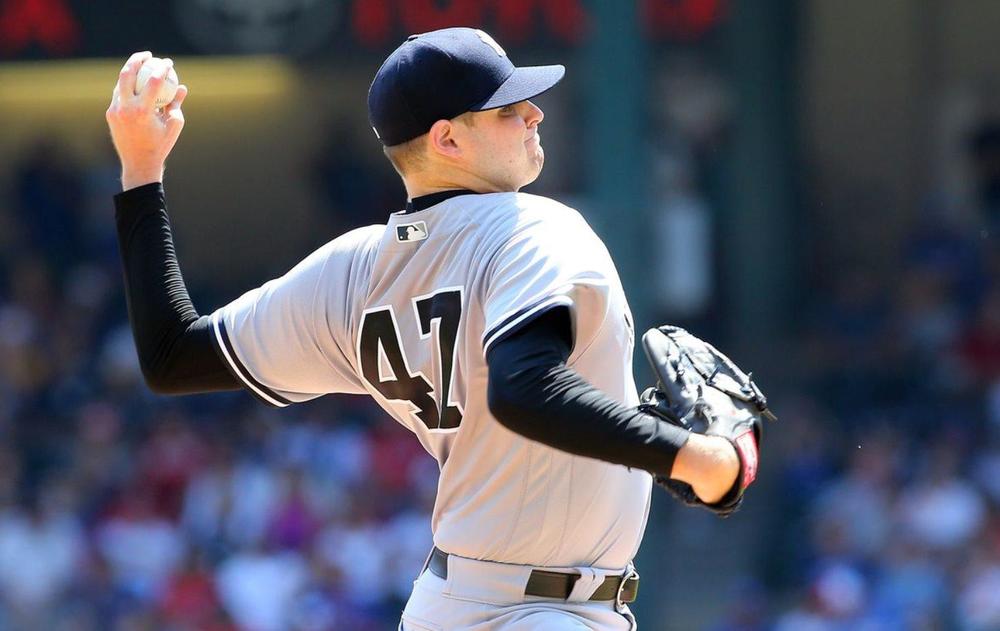 In my opinion, the Tyler Mahle move creates the biggest fantasy impact of the deadline. It's not that Mahle was the best player traded, but he should get the biggest boost among all players dealt. Why? Well, he has played his entire career in Cincinnati, which is the most hitter-friendly park outside of Denver (and one could make the argument it eclipses Coors Field for hitters' power). So Mahle has had to play half his games at Great American Ball Park, which is such a bad fit for his brand of pitching. A fastball-centric, flyball machine, while much improved over the last several years, Mahle has given up quite a lot of home runs in his career. Now he gets to play at Target Field, which is one of the most pitcher-friendly venues, and he moves to a division that doesn't feature another team among the top-14 in all of baseball in wRC+. This should give Mahle the confidence to improve his zone-rate (it's currently well-below league average at 38.6%). If he pitches in the zone more, he will limit walks. Limiting walks combined with reducing home runs is a nice recipe for a dominant stretch run, and the starting point of what could be the elevation into the top echelon of starting pitchers.

With the acquisition of Frankie Montas and the eventual return of Luis Severino, the Yankees chose to part ways with Jordan Montgomery, sending him to St. Louis for Harrison Bader, who is currently on the 10-day injured list with plantar fascitis. The move has its fantasy benefits for Montgomery. He will now pitch in a more pitcher-friendly ballpark and in an offensively-challenged division. The left-hander struggled in his previous two starts, allowing nine runs (eight earned) in 6.1 innings. He is making a concerted effort to use his curveball more, which makes sense as opposing batters are hitting .143 against the pitch. That should provide even more benefits when facing the likes of the Pirates, Cubs, Reds and Brewers. If only Montgomery could turn his career-high 30% CSW rate into more strikeouts, he could finish as a fantasy stud with his new ballclub.

Syndergaard rejoins the NL East as the Phillies bolster their rotation by trading seldom-used Mickey Moniak to the Angels for the big right-hander. It was a low-risk/decent-reward move by Philadelphia, who gave up very little to acquire a starter with some upside. There are some questions, however, with the move. First of all, after totaling only two major league innings between 2020 and 2021, just how many innings will he be able to accrue down the stretch (he's currently at 80 innings pitched this season)? Is his diminishing velocity a sign he is wearing down? Meanwhile, is his 4.27 xFIP more indicative of what the Phillies can expect? If so, he isn't the upside fantasy play his name suggests. Based in part on reduced velocity, his strikeout numbers have disappeared. Meanwhile, opposing hitters are making better contact than the pre-TJS version of Thor. Perhaps he's able to tack on a few more wins in Philadelphia, but don't expect a huge improvement to his fantasy value following the deadline deal.

In perhaps the best storyline of the trade deadline, Whit Merrifield was traded right before the clock struck 6 p.m. ET. The comedy lies in the destination of his new team: across the border in Toronto, requiring Merrifield to get his COVID-19 vaccine or risk missing home games for the Blue Jays. Jays general manager Ross Atkins said he didn't speak to Merrifield about the vaccine prior to the trade, and so it's entirely possible Merrifield continues to avoid the shot, which would mean he can't play in Toronto. Even if he does get vaccinated, it will likely be a couple weeks before he's eligible to cross the border, although the Blue Jays don't have another home game until Aug. 12. Assuming he gets the shot and is eligible to play every day for Toronto, Merrifield adds depth and versatility to an already loaded lineup. George Springer has been dealing with an elbow injury so Merrifield could split time in the outfield with Springer and Raimel Tapia. He isn't likely to steal a lot of playing time from Santiago Espinal or Matt Chapman so this undoubtedly will be a hit to his playing time, regardless of his vaccination status. Further degrading his fantasy value is a steady run of age-related regression. Merrifield owns a .240 batting average, which is nearly 40 points less than his previous career low. His ISO is a miniscule .112 and his contact rate has even dipped. After posting 40 stolen bases in 2021, he only has 15 thefts this season. Expect that number to remain stagnant in Toronto, due to the reduced playing time and the fact the Blue Jays will be less likely to let him run into outs with all the power spread throughout their lineup. All in all, Merrifield is a risky play the rest of the season.

Voit became the sacrificial lamb after Eric Hosmer used his no-trade clause to prevent his involvement in the Juan Soto trade. Instead, Luke Voit became part of the Padres' return to Washington. The good news is Voit should get regular playing time at 1st base for the Nationals and gets a park boost for power. Expect his near-.200 ISO to play up in Washington, leading to an uptick in home runs over the final two months of the season. In fact, Voit's numbers were suppressed by playing half his games at Petco Park. According to Statcast, he would have had a couple more home runs if playing regularly at Nationals Park. He is still among baseball's best in quality of contact, with an elite barrel rate of 17.2 percent. On the negative side, his plate discipline has regressed over the years, leading to a career-high 20.4% swinging-strike rate in 2022. That is the reason for his career-low .225 batting average, which isn't likely to get any better in Washington. With that being said, fantasy owners seeking cheap power over the season's final two months could do a lot worse than Voit.