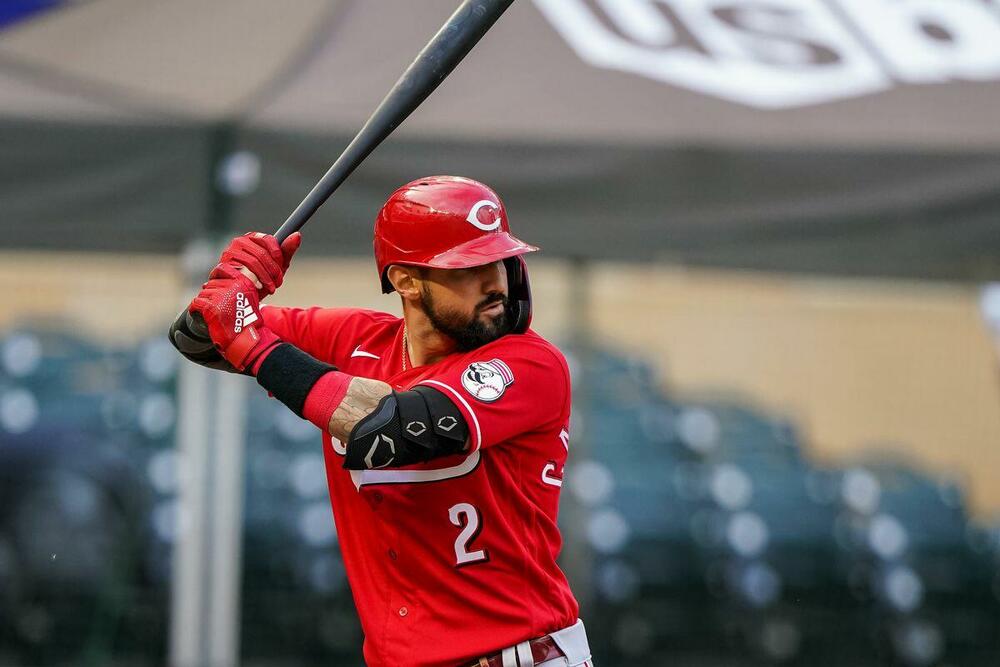 Castellanos went 1 for 4 with a two-run homer in the Phillies' win over the Nats on Friday night. The struggling vet now has two homers in his past three contests and seven hits in his past five. While the recent surge is encouraging, it is hard to ignore the depths of the 30-year-old's struggles this season. He is currently posting career lows in basically every statistical category, traditional and advanced. The root of Castellanos' significant struggles seems to stem from his impatience at the plate. His 44.6% O-Swing% is 7.8% higher than his career average, leading to a 17.5% SwStr% and 5.5% BB% (all career worsts). If that's not alarming enough, look at how Castellanos is doing when he does put the ball in play: 28.0% Hard% (38.7% career), 34.9% HardHit% (40.4% career), and 6.9% Barrel% (career 9.9%). The result? A .127 ISO, .299 wOBA, and 90 wRC+; Castellanos' worst season as a big leaguer...He does have a career-high four stolen bases, though!

In his first start since being activated off the IL, Cabrera tossed 5.0 innings of no-hit ball on Friday afternoon in Chicago. He struck out eight and walked three en route to a no-decision in the contest. The 24-year-old has shown electric stuff in the minors, but his control issues at the Big League level have been a concern. He has 12 walks in his four MLB starts this season. Despite the walks, Cabrera has been impressive in his limited action with the Marlins thus far. He has gone at least 5.0 innings and given up one or fewer runs in three of his four starts. The youngster's 12.9% SwStr%, 10.02 K/9, and 28.6% HardHit% indicate that his stuff will play at the Major League level; he will just be a risky fantasy option until he works through his control issues.

Mancini's revitalization with the Astros continued on Friday night as he went 2 for 5 with a pair of homers and five RBI. He is now 3 for 9 with three homers and seven RBI in two starts with his new team. Mancini's power numbers in Baltimore this season were uninspiring, but the underlying stats indicated the power should come. Apparently, it just took a swap of jerseys to get the ball properly flying for the veteran. Mancini has 13 homers to go along with a .268/.345/.425 triple-slash line for the season. Though, with career-bests in HardHit% (42.3%), O-Swing % (31.9%), and Z-Contact% (85.4%), those numbers should be better. Hopefully, the change of teams will continue to help Mancini's numbers trend towards where they should be (or where I think they should be, at least).

Vlad went 2 for 4 with a two-run shot in Minnesota on Friday night. It was his second consecutive game with a dinger and extended his hitting streak to 16 games. Vlad's numbers have been down this season compared to last due to lessened plate discipline (32.8% O-Swing% and 9.5% BB%) and worse contact (37.0% Hard%). However, this recent hot stretch has him looking like the masher we saw all last season. He has 23 homers and 68 RBI with a .289/.362/.515 triple-slash line in 453 PA this season. Maybe not MVP numbers, but they are still high-end fantasy numbers.

Helsley shut the door on the Yankees to secure his 10th save of the season. He gave up a one-out walk to DJ LeMahieu, then got studs Aaron Judge and Matt Carpenter out via weak contact to make the Cards' one-run lead stand up. Helsley has been nothing short of magnificent this season. In 44.1 innings, he has given up just three earned runs while striking out 66 and walking 13. His incredible 18.6% SwStr% and 13.40 K/9 rank 4th in the majors (min 40 IP), and his microscopic .61 ERA (unsurprisingly) ranks first. He has taken the Cardinals' primary closer role and hasn't looked back.