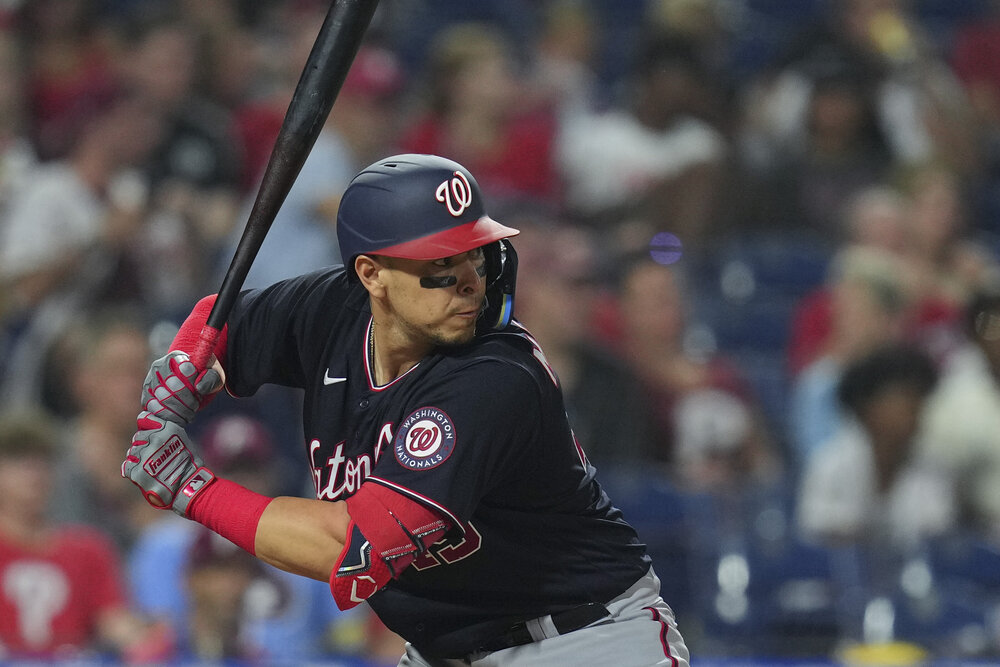 Joey Meneses, 1B, WAS

Hernandez had a big game against the Red Sox on Saturday, going 4-5 with two doubles, a HR, 4 runs scored, and 2 RBI. For the season as a whole, Hernandez's numbers don't jump off the page as he's hitting .263 with 23 HR's across 522 PA's. But those numbers have been diluted by a rough start to the season; since June 1, Hernandez is hitting .281 with 21 HR's and 31 doubles across 103 games. His strong performance over the past few months is backed by a 52.7% HardHit% which ranks 4th in MLB. If he stays healthy, he has a good shot at getting back to the 30-HR plateau in 2023.

Jameson had another strong performance against the Giants on Saturday, allowing 2 ER's in 6 IP, while striking out 7 and walking 2. Jameson made 4 starts with the Diamondbacks this season and it was an impressive cameo, as he posted a 1.48 ERA and 24:7 K:BB across 24.1 IP in those 4 starts. The high level of success has to come as somewhat of a surprise after he recorded a 6.95 ERA across 114 AAA innings this season. It's a small sample size, but the strong MLB debut has certainly put Jameson on the radar for 2023.

Schwarber picked up 2 more HR's in the 2nd game of a doubleheader against the Nationals on Saturday, giving him an NL-leading 44 HR's for the season. Schwarber has reached elite power levels by elevating his already high FB% to a career high and league leading 51.1%, while improving his HardHit% to 53.4%, 3rd highest in MLB. His .214 BA has been a drain, and he'll likely continue to hit for a low average considering his high strikeout rate, but he has also been hampered by a .238 BABIP (career .266) so there's a good chance his BA rebounds at least somewhat next season. He entered Saturday with an xBA of .233 - not great, but passable considering what he offers in the power department.

Yamstrzemski went 1-4 with a HR against the Diamondbacks on Saturday, giving him 2 HR's in as many days. It's been a rough season overall for Yaz but he has heated up recently, hitting .310 with 5 HR's and 3 doubles over his last 11 games. His overall numbers are down across the board, but his 41.2% HardHit% matches his career mark as do his 10.9% Barrel% and 25.0% K%. Yaz's HR/FB has dropped over 5% this season and his BABIP is also on the low end at .259, numbers which could very well rebound next season. He is a solid bounce-back candidate in 2023.

Tweets by Fantistics
Is Sandy Alcantara the best pitcher in the National League? - October 1, 2022
Albert Pujols is going out with a bang - October 3, 2022