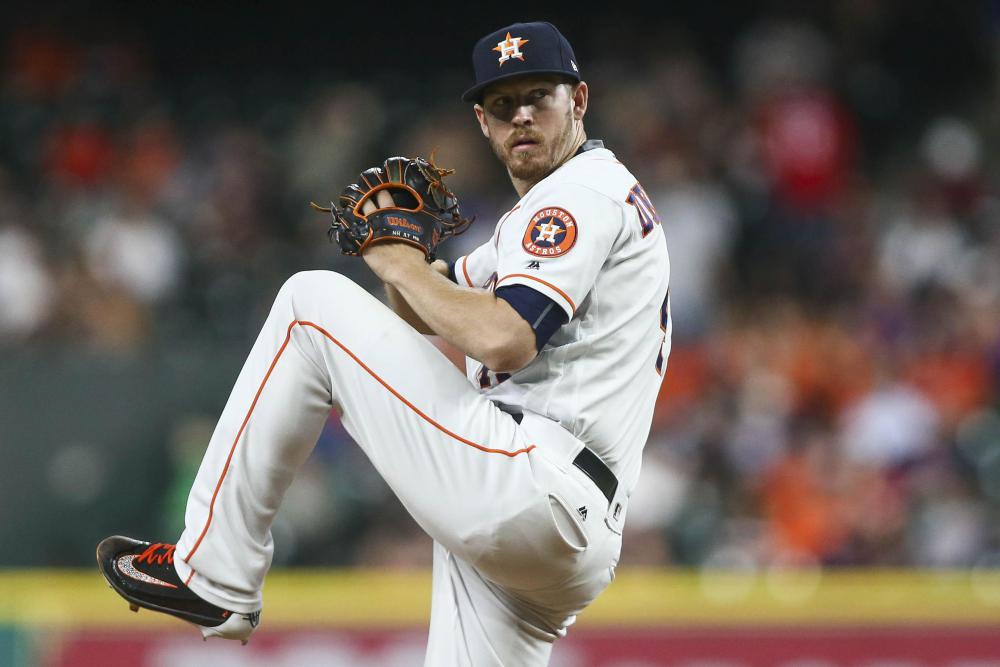 -The San Diego Padres made the move to insert Brad Hand into the closing role for the Padres after Brandon Maurer's rough stretch over the last two weeks. This move accomplishes a few different objectives for the team and it's an important lesson for fantasy owners to understand. First and most obvious, it gives a struggling closer a chance to work out his issues in lower pressure situations. Secondarily, it also gives the Padres an opportunity to showcase an attractive trade commodity in the closing role. It's no secret that teams have inquired with San Diego regarding the availability of Hand and this is a perfect opportunity for the team to further drive up his cost. Finally, it's also an opportunity spread out the number of games saved across multiple arbitration-eligible players for a budget-conscious ballclub. Both Hand and Maurer have two years of arbitration eligibility after this season and the more games saved, the higher the price. With Hand likely to be moved, this current situation will help lower the amount of money the Padres will have to pay Maurer next season. If you're a Maurer owner, the decision to hold on to him or drop him with vary depending upon the nature of your league. There's a decent chance he can right the ship while serving as set-up man. For starters, his 52% strand rate will improve as his sequencing luck returns to normal and his main competition for the job after Hand is Carter Capps. Capps was just recently moved to the 60-day disabled list and has struggled mightily with his mechanics in his return from Tommy John surgery. If your roster has the depth, it would be my preference to hold onto Maurer in most NL-only or 14-team and larger mixed leagues.

-Another situation that we have followed closely is the Seattle Mariners closing job. Edwin Diaz got the final outs in Thursday's game and his manager Scott Servais had the following to say after the game, "We wanted to work the game today and if we did have the lead, work him into the ninth inning. We like him in that spot. He's got great stuff. Hopefully, he can build on it." That sounds like a manager who has given the job back to his closer. All other Seattle handcuffs may be dropped.

-A new situation to watch may be in Miami where the under-utilized AJ Ramos has suffered back-to-back poor outings. The strikeouts have been there for Ramos this year (19 in 15 innings), but the walks are beginning to pile up (10). To me, that screams "rust" and like Edwin Diaz a few weeks ago, Ramos is falling victim to his own team's inability to generate save opportunities. If he's unable to iron things out over the next couple of outings, Kyle Barraclough or Brad Ziegler could replace him as closer. Barraclough would have been the obvious choice in the pre-season, but he has also struggled with his control, posting a terrible 21:17 strikeout-to-walk rate. Ziegler was strong initially, but since the calendar has turned to May, he has allowed 14 earned runs. The struggles of the two obvious alternatives probably gives Ramos a little longer leash. At this point, I'm not making it a priority to grab either Barraclough or Ziegler, but that could change with another bad outing from Ramos.

-Craig Kimbrel has been remarkable this year with a 56% strikeout rate and just a 3% walk rate. While the strikeout rate is eye-popping, it's actually the 3% walk rate that's more of a surprise after he posted a career worst 14% walk rate in 2016 and has never had a walk rate below 6% in any of his previous seasons. His 24% swinging strike rate is legendary, but I'm hesitant to bump him up to the top tier with Kenley Jansen in large part due to his 48% hard hit rate allowed. Granted, opponents are only making contact 52% of the time right now, which is nearly 30% below the league average rate, but a 48% hard hit rate is nearly 18% higher than the league average mark. Paired with a 92% strand rate and it doesn't seem like Kimbrel will be able to maintain this incredible streak he has been on to begin the year.

Chris Devenski (HOU) - By now, Chris Devenski is probably already owned in your fantasy league. If he's not, stop what you're doing, open a new tab and add him immediately. Do not pass go, do not finish reading this article, go grab him and come back to read why. Devenski has posted a stat line that more closely resembles what we'd expect to see from Andrew Miller than someone drafted in the 711th overall in the 2011 amateur draft. In fact, in the pre-season, subscribers know that I recommended drafting a different Astros reliever as a "poor man's Andrew Miller". That player was Michael Feliz, who has been good, but not nearly as dominant as Devenski. Immediately after posting that article, a good friend and writer who covers the Astros' farm system, Josh Clarke, responded back and told me that Chris Devenski is the one to draft, not Feliz. I was skeptical and I told him that no reliever whose best pitch is a changeup could possibly thrive as a late-inning guy. No one except Trevor Hoffman, of course. Turns out I was extremely wrong and Devenski can and does thrive with his changeup. That's not all he thrives with, however. He also dominates with his 93 MPH fastball (2.18 wFB/c) and his 82 MPH slider (1.87 wSL/c) to go along with his 82 MPH change-up (1.33 wCH/c). Devesnki is versatile, too. He can come in to face one tough batter, or he can go 2 innings and rack up 6 strikeouts. Devesnki's 20% swinging strike rate ranks second to just Craig Kimbrel's equally ridiculous 24% and his 58% contact rate trails only Kimbrel and Dellin Betances. He's as unhittable as they come and as dominant as anyone in the game. Current Astros closer Ken Giles has been very good, there's no disputing that fact, and my endorsement of Devenski shouldn't be confused as a call for Houston to make a change in the 9th inning. Instead, it's merely a push to make his ownership reach the 100% level of which is deserves.