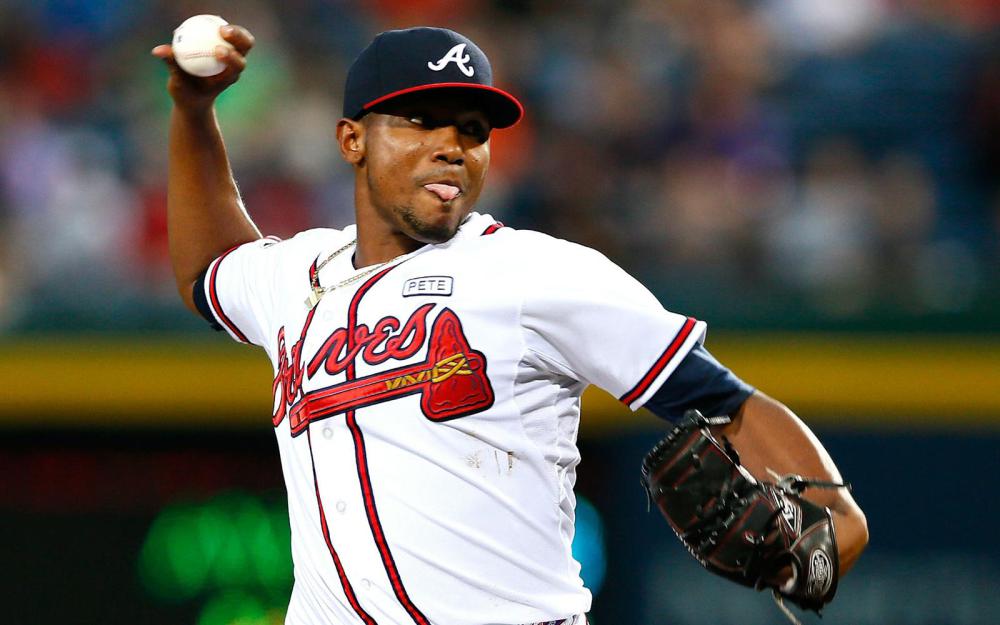 Adam Duvall- OF- CIN- Idea- Tyler Anderson has been a poor performer against RH hitting this season, with a .299/.363/.589 slash line and 7 homers allowed against them in 30.2 IP this season. It's not a matter of Coors inflation, either, as he has allowed 7 homers in 19.2 IP outside of Colorado. Duvall is poised to take advantage of Anderson's struggles, as he has a .375/.444/.813 slash line against southpaws. Value play- Draft Kings salary $4300

Adam Frazier- OF- PIT- Hot- Frazier went 3-for-5 yesterday, his 4th straight multihit game. His time on the DL certainly didn't slow him down. Frazier is hitting .347. His BABIP is .391, so some negative regression to the mean is expected. His BABIP in his rookie season last year was .353, but it was over only 160 PAs, so it's not a big enough sample to know if a high BABIP is normal for him.

German Marquez- P- COL- FYI- Marquez had a pattern in his first 4 starts of alternating excellent and horrible performances. After throwing 8 shutout innings in his last start he broke that pattern yesterday with a kind of mix. Although Marquez only allowed 1 run on 4 hits and 2 walks he only lasted 5 IP. He was not efficient, needing 102 pitches to get that far, throwing 62 strikes. The Twins were making contact with his pitches, but not solid contact. They fouled off 22 of those 102 pitches. Marquez needs to develop consistency in order to warrant a closer look on fantasy teams.

Julio Teheran- P- ATL- Cold- After allowing a total of 2 runs across 19 IP in his first 3 starts of the season, Teheran has given up at least 6 runs in 3 of his last 7 starts. This includes yesterday's shellacking, where he was charged with 9 runs in 3 IP on 8 hits and a walk. Teheran's ERA jumped from 4.08 to 5.47. His K/9 is at 6.57, well below last year's mark of 7.99. Although Teheran could put up a game like his previous one, where he threw 6 IP of shutout ball, the risk of an implosion is too great to recommend him at this point.