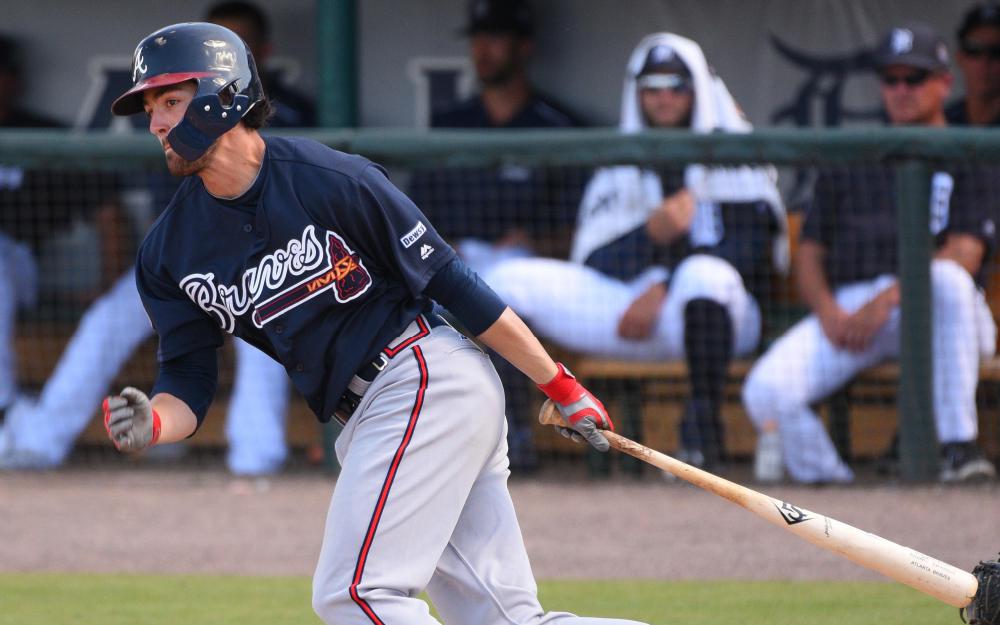 Matt Harvey, New York Mets - Just going to be blunt here, it has got to be hard to be a Mets fan right now. Matt Harvey turned in yet another less than stellar performance allowing six runs in 5.1 innings while striking out just two batters against three walks. Harvey currently is at a 5.14 K/9 which is closing in on 4.00 K/9 lower than his career average. Some real cause for concerns he is his K/9 has dropped every year since his debut in 2012 and we're now down 5 K/9 from that point. His ERA is sitting at 5.14 and his FIP is even worse at 5.74, so we can't even chalk it up to the Mets very average defense sitting at 18th in UZR/150 on Fangraphs. His fastball velocity continues to drop and he's lost another MPH off it this season, and his swinging strike rate is down to 7.5%. Batters aren't chasing pitches thus far off him at 26.1% and aren't missing when it comes in the zone (89%) which makes for a tough start most nights.

Dansby Swanson, Atlanta Braves - Dansby Swanson has struggled at the plate this entire season but we're beginning to see a bit of a turn around. Okay it's not much, but it's better than nothing. He's got hits in 3 of his last 4 games and he reached base twice Tuesday and scored a run and drove in one. Long story short, Swanson has been a victim of the BABIP gods this year as he has a 14.7% soft contact rate and .188 BABIP. He is hitting a lot of fly balls though which doesn't play into his skillset, and his line drive rate is down to 19.1%. In redraft leagues it's probably safe to look elsewhere because even at his peak peak performance isn't a insanely good fantasy option, but keeper leagues/dynasty leagues definitely need to hang onto him even if it means he sees some time on the bench.( Also, to me Swanson is in no danger of being sent down if you think that's a possibility. The Braves aren't competing this year and no one else is threatening him for playing time.)

Trevor Cahill, San Diego Padres - Trevor Cahill continued his strikeout barrage with seven punchouts in six innings this game as he has 11.1(!!!!!!) K/9 this season compared to his career average of 6.52. Cahill has dropped his FB usage from 62% to 45.3% this season and introduced a cut fastball (13.8% usage) and has really turned to his curveball this year (25% usage, 10% for career). The curveball has been outstanding this year rating 2.8 runs above average on Fangraphs' pitch values table. We saw a slight jump in Cahill's K/9 last year so this growth isn't coming out of complete nowhere, but the jump to this level is still startling.

Ender Inciarte, Atlanta Braves - Ender Inciarte extended his hit streak to seven games with three hits including his sixth double of the season. He also drove in three runs pushing his total to 15 with his five homers and seven steals. Suntrust Park is already paying huge dividends to left handed hitters as he was hitting .323 at home before his 3-for-5 game Tuesday. The power is the real things that's jumping off the page for Inciarte as his 5 homers are one off his career high of homers that he had with Arizona, and three of those homers have come at home. He's becoming a really solid DFS play in home games against a RHP and he's a solid OF option across the board in yearly leagues.

Julio Urias vs San Francisco $7,600 - Julio Urias makes his second start of both 2017 and against the Giants this year Wednesday and at $7,600 I'm going to have him in my DFS lineups. The 90ish pitch count does have me a little worried, as we could see a 4 inning outing if he has some walk issues like he did in his first outing. If he does have it together though, he provides huge upside for a low price point.