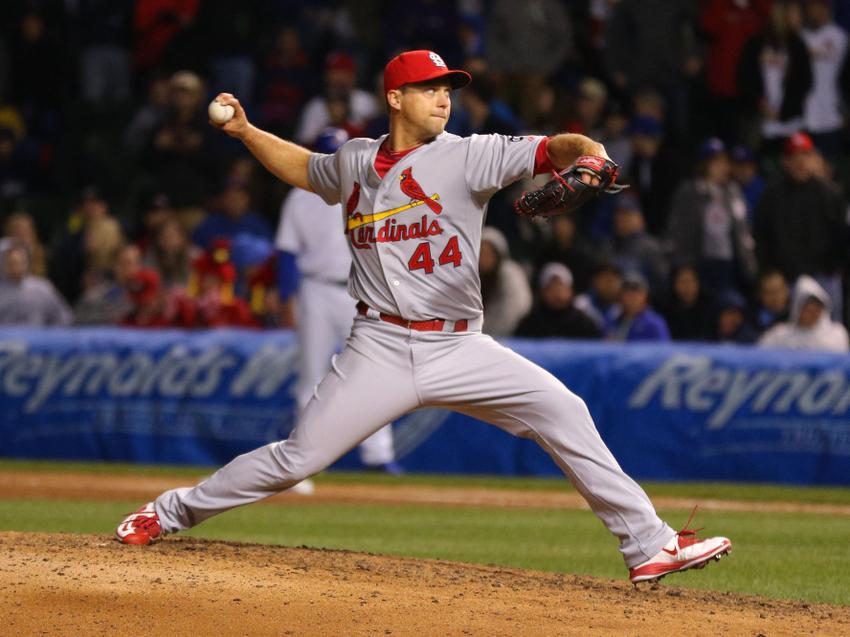 After a several weeks chock full of fantasy relevant trades involving closers, that trend continued in the week leading up to the trade deadline. Let's take a look at everything that happened and look ahead to what activity we might see occurring over the next two days.

-The Mets acquired closer AJ Ramos on Friday night. It's an interesting deal since the Mets are six games below .500. Nonetheless, the Mets will have team control through next season, so it might just be a move designed to a) go for it next year and b) block the Nationals are acquiring another strong relief option. Unfortunately, Ramos' primary handcuff, Kyle Barraclough, hit the disabled list on Thursday. It's a shoulder injury for the righty, which isn't always the most straight-forward injury in terms of predefined time tables. Junichi Tazawa seems like the most realistic option to close right now, but Brad Ziegler is currently on a rehab assignment and has previous closing experience. If you're caught in this mess, Ziegler is my favorite stash at the moment.

-The Cardinals used their bullpen in a really interesting way on Friday night. Seung Hwan Oh, who hasn't allowed a run since the All-Star break, was brought in to the game in the 7th inning for a clean frame before Brett Cecil was brought into the game for the 8th inning and got into trouble. Entering the game with two runners on base with nobody out, Trevor Rosenthal struck out both AJ Pollock and Paul Goldschmidt and got a force out to end the rally and preserve a 1-0 lead for the Cardinals. Rosenthal then came back out in the 9th and pitched a clean frame with two more strikeouts, including a 101 MPH fastball to end the game. He looked absolutely electric. Today's usage indicates that Matheny views Rosenthal as his go-to high leverage guy right now, and Rosenthal will most likely see the next save chance for the Cardinals. He obviously needs to be owned universally.

-The only trade that happened this week impacting a current closer was Brandon Maurer getting traded to the Royals to become Kelvin Herrera's set-up man. This move signifies two things. First, it clarifies that the Royals are definitely not selling at the trade deadline. Next, it also leaves Brad Hand as the last man standing in the Padres' bullpen. The comparisons between Andrew Miller and Hand are endless and also well-deserved. Hand checks the boxes in everything you want to see from a reliever. High strikeout rate, high groundball rate, gives up primary soft contact, excellent control and more than 10 MPH gap between his fastball and breaking pitches. He's going to be dealt over the next two days, but the question becomes where does he land and what role does he assume? With most of the contenders already solid with their closers, there's a good chance the acquiring team will not use him as a closer. Carter Capps is currently in the minor leagues and reportedly has been pitching better, while Phil Maton has an appealing high upside arm and Kirby Yates has been pitching well. More on this situation in our "Handcuffs of the Week" below.

-Anthony Swarzak did notch a save for the White Sox against the Cubs on Monday before being promptly traded to the Brewers after the game. Add that deal to the one the White Sox completed on Thursday sending Dan Jennings to the Rays and you're suddenly left with just one player in the bullpen who broke camp with the team: Jake Petricka. Tyler Clippard hasn't pitched great since coming to Chicago, allowing hits in three of his four appearances and runs in two of the four. Petricka is the most likely candidate to see saves in case the team turns around and flips Clippard again.

-The Oakland Athletics haven't been able to find a suitor for closer Santiago Casilla (likely because of his terrible last month) and it looks like manager Bob Melvin is thinking about pulling him from the ninth inning. On Thursday, A's beat writer Susan Slusser mentioned on Twitter before the game that Melvin "wouldn't signal beforehand if he would make change at closer but does note there are usually tweaks there 1-2 times/season". Then, in the game, Casilla pitched the 8th and newly acquired Blake Treinen got the save. Pick up Treinen if you're desperate, but his volatility makes him a risky addition to your ratios. For what it's worth, Eno Sarris tweeted out that Melvin was quoted again on Friday night saying "There are some guys who can handle the 9th" it's "all hands on deck," but "Frankie Montas could get there". File that little nugget into your memory bank. Montas has massive strikeout upside (career 12.3% SwSt%), but he has been incredibly homerun prone, allowing 10 homeruns in just 29.2 innings this year. For what it's worth, Montas came in to a 5-run deficit in the 4th inning on Friday. He still has some work to do before getting the job.

-Keone Kela has had his name tossed around in trade speculation over the last several days. He's back and healthy for the Rangers, but the team hasn't opted to try him in the ninth inning. In fact, Alex Claudio was unavailable earlier this week after pitching back-to-back games, but Rangers opted to bring in Jose Leclerc for the spot save instead of Kela. If you're an owner, it probably makes sense to hang on to him at least through the trade deadline, but don't bend over backwards keeping him on your roster once that passes.

Handcuffs Of The Week - Kirby Yates:

The departure of Brandon Maurer opens the door for someone in the Padres bullpen to step up and seize the closing role. Of the most likely candidates, Kirby Yates stands out as the player who is most likely to get the first crack at saves in San Diego, but Phil Maton could be a long-term alternative. Similarly, rehabbing Carter Capps is probably the most talent arm in this bullpen, if he can regain the form he showed in Miami before tearing his UCL. For the purposes of this week, let's focus on the short-term and your primary add for the interim is Kirby Yates. Yates is a right-handed reliever with flyball tendencies that primarily throws a fastball / slider combination that misses a bunch of bats (18% swinging strike rate this year). As I mentioned, Yates has managed to find success in the deep fences of Petco, but his flyball tendencies and above average hard hit rate allowed (32%) could catch up with him and push his current 15% HR/FB ratio even higher. Nonetheless, he's been lights out over the last two months and certainly has earned the first crack at saves for the team and is worth an add in the short-term for fantasy. If you're making a longer term play, Phil Maton might be your best bet. Maton's arm is electric with an outstanding fastball and a plus curveball. He checks in with all the usual specs for a power pitcher with a great 15% swinging strike rate, 73% contact rate and just a 29% hard hit rate allowed. So far in 20 innings of his major league career, his control has been impeccable with a 22:2 strikeout-to-walk rate and he's inducing groundballs nearly half the time. If the Padres want to develop their future closer, it's probably going to be Maton. And finally, that brings us to Carter Capps, who finally seems to be getting his legs under him after an absolutely dreadful set of rehab games. Since returning to action on July 14th after recovering from an ankle injury, Capps has 7 innings of scoreless ball with 7 strikeouts. When he does get called up, he'll likely be eased in to high leverage situations, but it won't take long from that point to the point where he could close games. So in summary, I prefer Yates in the short-term, Capps for the most fantasy upside this season, and Maton if you're trying to speculate on a Padres closer in dynasty (why would you want to?). Got it? Good, because that's a lot of if/then statements for 10 saves the rest of the way.