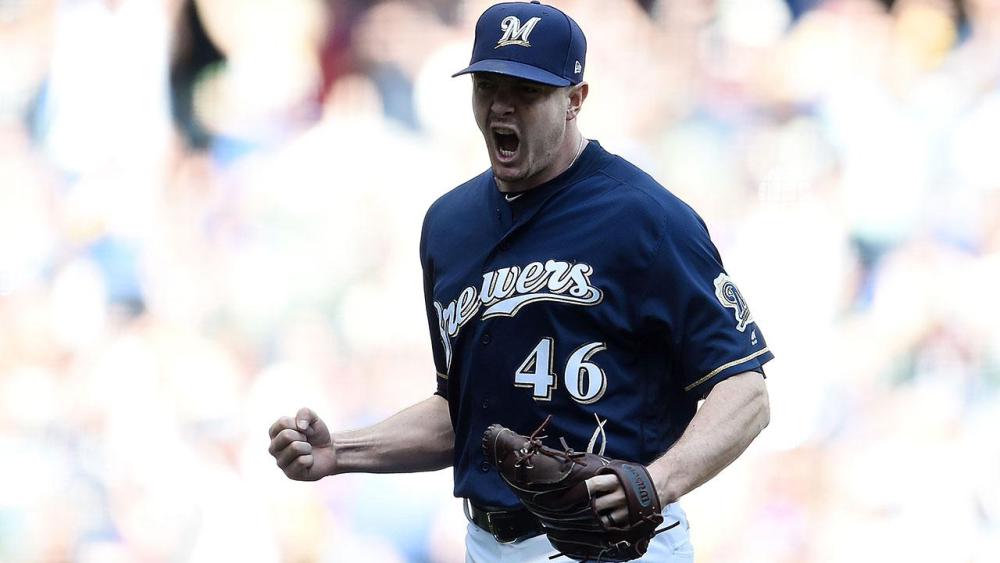 While baseball won't be hosting their Midseason Classic until next week, most teams hit their halfway mark of the season earlier this week. That means we've arrived at the holy grail of "on pace for" comparisons. With that theme in mind, let's take a look at some of the current more interesting on-pace for statistics in lieu of our handcuff-of-the-week. Keep in mind that some of these players would have already played in more than 81 games, but for the purpose of this illustration, I'm simply taking the current statistics and multiplying by 2. Since I'm not huge proponent of using on-pace for projections, I'll throw in my own two cents about the results of the exercise at the end.

Players On Pace For 40+ Saves:

Hey, remember in the preseason when I was an advocate for taking one closer out of the top-10 rated closers during your draft? Hopefully you didn't listen. Just 3 pitchers in the list above would have made the cut in my top-10 heading into the preseason (Kimbrel, Jansen & Colome). Of this list, I believe Jansen, Kimbrel, and Osuna have the best chance at actually sticking on their pace. I've hit on Greg Holland a couple times over the last month and have shared my concerns in great detail, so if you're wondering why I'm predicting his demise, please see here or here . In terms of Alex Colome, I do believe he will be traded and I think if he does get dealt, he'll likely go to a contender and will also likely see a lower pace of saves the rest of the way. Sound counterintuitive? Potentially, but you also have to consider that bad teams tend to play in closer scoring games. Really good offenses like the Astros tend to score a lot of runs, while offenses like the Rays tend to score fewer. That can actually mean fewer save chances for a closer on a really good offensive ball club because they tend to score themselves out of save opportunities. As for Brandon Kintzler, I'm having difficulty seeing the Twins repeat their first half performance, which would obviously impact the number of save chances they create. Fernando Rodney is a difficult one to evaluate because while I love his situation in Arizona, he's just volatile enough that the team may decide to check in on other closers. Combine that possibility with the fact that I just don't trust the consistency of his performance and I have my doubts he can repeat his first half.

Relievers on Pace for 100+ Strikeouts:

Well, we're certainly in the era of the super-relievers, aren't we? Last year we had 8 relievers finish above the century mark, 5 years ago just 2, and 10 years ago just 1 (who remembers Heath Bell!?). This year 14 relievers are on pace to exceed 100 strikeouts with about 20 on pace to finish with 90 or more. So what does this mean for fantasy baseball? It means that in a time in the game where there's clearly more runs being scored and fewer starting pitchers who can consistently control their runs allowed, it's important we actively pursue the relievers with big strikeout potential to help us fill that void the mid-to-bottom tier starting pitchers have created for us. As for the probability of all of the players above continuing at the pace they had in the first half, I'd say it's pretty likely most of the players on the bottom half of the list can exceed their "on pace for" projections (with the exception of Yusmeiro Petit and his 10% SwStr%), while players are the top may have a little more difficulty. To be specific, Corey Knebel is going to be extremely hard-pressed to continue seeing enough innings to come anywhere near 140+ strikeouts now that he's the Brewer's full-time closer. Craig Kimbrel has been striking players out at an historic rate, so that too, will likely come down in the second half. Chris Devenski and Andrew Miller, on the other hand, both have decent shots at hitting their numbers thanks to their multi-inning usage rates.

-We cried wolf over Fernando Rodney in April, only to see him go on a two-month scoreless streak. That elite performance has come to a crashing end, however, and Rodney has now allowed two straight blown save for the contending Diamondbacks. Most alarming about his recent performance was his 4 walks allowed on Thursday night. Archie Bradley continues to excel in the bullpen and is certainly the future for this ballclub. With that said, the Diamondbacks have their sights set on the post-season and may want to keep using Bradley in the multi-inning, flexible role.

-Matt Bush was removed from the closing role last weekend, but potential closer-in-waiting, Keone Kela, hit he disabled list with a shoulder injury earlier this week. That means the Rangers will be utilizing a committee of Jose LeClerc, Alex Claudio and unfortunately, possibly even Matt Bush. Of the group, we'd prefer to target Leclerc, but he has struggled in super high leverage situations this year, so there's no guarantee he will hang on to the job. Jason Grilli is a sleeper here.

-Arodys Vizcaino hit the disabled list with a strained finger. It's a big blow for fantasy owners right before the trade deadline when Jim Johnson could be dealt. Nonetheless, Jose Ramirez becomes the handcuff to own, at least for the time being. Ramirez's peripherals don't excite me too much and probably isn't worth spending a lot of money on FAAB since Vizcaino's injury isn't expected to sideline him much beyond the All-Star break.

-It's been a really rocky couple of months for Santiago Casilla, who has 8 saves since May 12, but it has also come with a 5.00 ERA, 1.72 WHIP and a 17:6 strikeout-to-walk rate over 18 innings. Unfortunately, Sean Doolittle has hit a rough patch of his own, allowing 5 runs on 6 hits over his last 3 appearances. Casilla remains a candidate to be dealt at the trade deadline, so Doolittle may still have a shot at saves, but don't expect a chance in the closing role to happen before a trade given his recent struggles.

-Washington Nationals' Sammy Solis blew another save this week. That's all we're going to say about that.