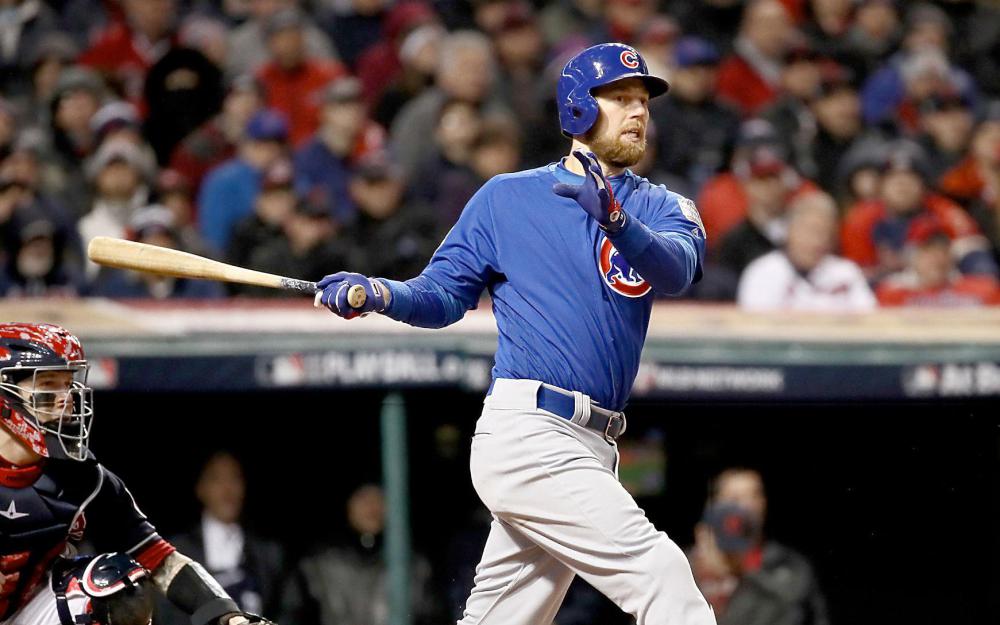 Luke Voit- 1B- STL- Idea- The rookie Voit has started his major league career with a severe reverse split, batting just .111 against southpaws but posting a slash line of .317/.417/.585 against RH pitching. Jeff Hoffman owns a slash line of .281/.375/.464 so this matchup breaks sharply in favor of the Cardinals rookie. Value play- Draft Kings salary $3000

Ben Zobrist- 2B- CHN- Hot- Zobrist is due some positive regression to the mean and maybe it started yesterday. He went 3-for-4 with a walk. The performance raised Zobrist's average from .219 to .228 and his BABIP from .227 to .239. His numbers have been hindered by injury and bad luck. Zobrist appears to be healthy and if regression has kicked in he could finish strong.

Dan Straily- P- MIA- Cold- Straily failed to record a quality start for his 3rd straight outing. His failure last night was in spectacular fashion, allowing 6 runs to the Rangers on 10 hits and a walk in 4 IP. Straily allowed more homers (3) than recorded Ks (2.) He has only struck out more than 4 batters once in his last 6 starts. That doesn't bode well for the chances of a strong finish.

Nick Pivetta- P- PHI- Rookie- Pivetta has made some strides in his control of late, walking 5 and striking out 25 in his last 4 starts, covering 23.1 IP. That is compared to 28 walks in his first 52 IP of the season. However, Pivetta has also been hit hard in those last 4 starts, allowing 20 runs on 23 hits. Of those hits, 7 have been homers, which is what has been killing him. If Pivetta could lower the walks and keep the ball in the park at the same time he'd be special. At 24 he still has time to put it together.

Zach Davies- P- MIL- Hot- For the second straight start Davies didn't allow an earned run. Unlike his previous start, Davies also didn't allow an unearned run last night. He has been inconsistent, though. Prior to his current stretch of 3 quality starts in his last 4 outings, Davies went 5 starts with only one of the quality variety. His 12--4 record has been a plus for both the Brewers and his fantasy owners, but his other stats have been all over the place in any given game, so it makes it hard to recommend him as a pitcher to count on down the stretch, with a 4.45 ERA and 4.73 FIP for the season.