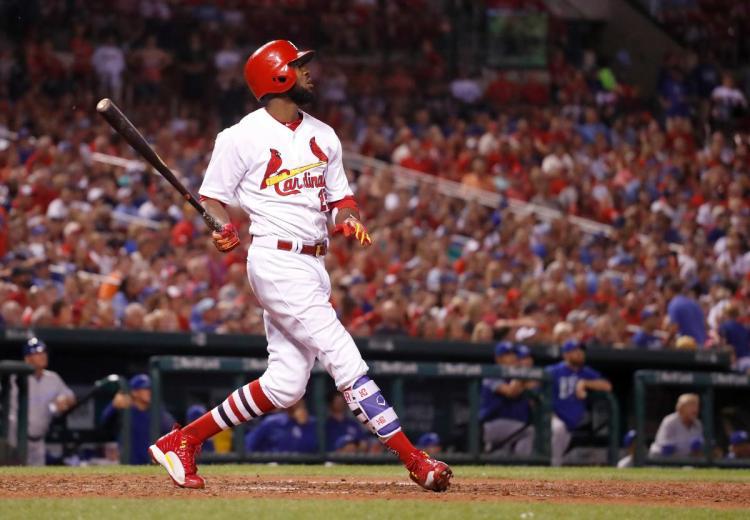 Dexter Fowler (OF-STL) - Fowler continued his strong play since returning from a wrist injury, knocking a double and home run while driving in five on Thursday. Settled into the cleanup spot, at least for now, Fowler is batting .251/.349/.479 with 15 homers and 42 RBI in 85 games. A combination of age and not hitting leadoff leaves Fowler with just five stolen bases, putting his streak of eight consecutive seasons of double-digit steals at risk. Fowler has his K% a shade under 20%, a mark that he hasn't been under since a 2008 cup of coffee. Fowler is having some uncharacteristic struggles (.706 OPS) versus southpaws, but hitting in the middle of the order, he should continue to pile up the RBI.

Wilmer Flores (1B-NYM) - Flores was 3-for-5 with his 14th homer on Thursday, a day before Dominic Smith will join the team and take over first base. Flores is batting a decent .287/.319/.509, but will now likely be relegated to super-utility status. Flores should see plenty of time against LHP, a group he hits well, but when you have a 5% BB% and you're not a great defender, it's a lot to expect for such a player to hold down an everyday role. Flores should maintain value in deeper leagues, but Smith should play every day.

Curtis Granderson (OF-NYM) - With Jay Bruce having been dealt to the Indians, this should open up full-time RF duties, at least for now. Granderson is also on the trade market and could be traded this month, but for now, he'll play every day. Granderson is hitting a miniscule .222/.331/.450, but he does have 15 homers and four stolen bases, so fantasy owners in need of cheap power could look his way. Of course, he'll do some damage in leagues that use BA over OBP, but in deeper leagues, he still has some value. Granderson as always draws plenty of walks (13.7% BB%) while striking out at a reasonable 22.4% clip. Granderson has seen his infield fly ball rate skyrocket to 14.5% (8% career, 4.5% 2016), but his flyball rate is a solid 47.6%, so he's getting the ball in the air. Should Granderson also get traded, Brandon Nimmo could be next in line.

Rhys Hoskins (1B/OF-PHI) - Hoskins has received the call and has joined the team on Thursday. This came right after Hoskins went 3-for-5 with a home run and five RBI for Triple-A Lehigh Valley to raise his slash to .284/.385/.581 with 29 home runs and 91 RBI. Hoskins is a first baseman typically, but with Tommy Joseph having 16 home runs, Hoskins has been playing some left field and could see time at both positions. Joseph is in a 1-for-26 skid, so once Aaron Altherr (hamstring) returns later this month, Joseph could lose playing time. Hoskins is walking at a solid 13.5% rate while striking out at an excellent 15.8% clip (down from 21.2% in 2016), so he could have success right away based upon his approach.

Dominic Smith (1B-NYM) - Smith is going to join the Mets on Friday, giving the Mets yet another high ceiling hitting prospect on the roster (Amed Rosario of course). Smith had been hitting .330/.386/.519 with 16 home runs for Triple-A Las Vegas and should be in line for everyday at-bats now that Lucas Duda is in Tampa Bay. One thing to watch is his performance versus LHP, a group he hit .247/.321/.412 in 97 at-bats against in Triple-A. A .189 ISO isn't elite for a first baseman, but Smith could be a high average 20+ homers type of player in his prime, particularly if he can improve against LHP.