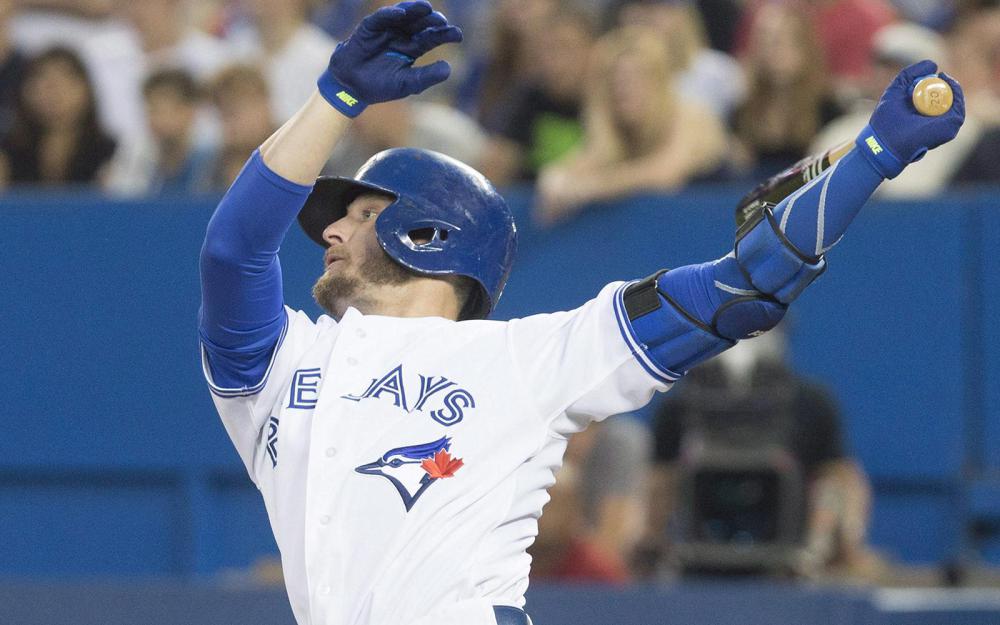 Aaron Judge (OF, NYY) - The giant rookie made history Monday, in the Yanks' 11-3 beatdown of the Royals. Judge tied and broke Mark McGwire's single season rookie home run record by swatting numbers 49 and 50 in the win. It also made the second consecutive game with two bombs. On the season, Judge is slashing .283/.418/.620 on the season with the 50 longballs, 108 RBI, 124 runs and eight stolen bases. Listed as a top five outfielder, Judge has been a lot of fun to watch this season, and has played his way up 2018 draft boards. As the home run total is impressive, the metrics tell the story. A .329 ISO, a .422 wOBA, and the 44.6% hard contact rate help the 31% K% be a bit more tolerable. Judge will be a hot name off draft boards, and as long as he can keep producing runs, owners will look the other way on his high strikeout total.

Didi Gregorious (SS, NYY) - Gregorious chipped in on the Yankees' big win over the Royals 11-3 on Monday, as he went 3 for 5 with two RBI. On the season, the 27-year-old is slashing .290/.322/.486 with 25 home runs and 87 RBI. Gregorious has come into his own at the position, performing as a top ten shortstop. Not bad for a guy that was known as a defensive only player just a couple of seasons ago. His BB% is just 4.6%, so he does not walk a lot, but at 12%, he does not strike out a lot either. As long as he can keep putting up these type of numbers, he makes for a nice value in the middle rounds of drafts next season. As long as he can get on base, he has enough boppers around him to add to your runs column as well.

Josh Donaldson (3B, TOR) - Donaldson was perfect at the plate in the Blue Jays 6-4 win over the Red Sox Monday. Going 3 for 3 on the day, the veteran smacked his 31st home run of 2017 and also drove in three runs. After getting off to a slow start, Donaldson has re-established himself as a top option at the hot corner. His overall metrics are solid again, but his hard contact rate is down nearly 5% to 35.3% from last season. His BABIP of .279 could stand to be a bit higher, but his wOBA of .387 shows his hits are leading to production. His strong finish to the season will have him right up there as a top third base option in 2018.

Andrew Benintendi (OF, BOS) - Benintendi was out of the lineup Monday, and appeared just once at bat, but made it count as he popped his 20th homer of 2017. Despite the homer, the Red Sox lost to Toronto 6-4 on Monday at Fenway. On the season, the rookie is slashing .276/.359/.435 on the season, with 89 RBI, 19 steals and 82 runs. The talented youngster is playing as a top 20 option in his first full season, and is barely scratching the surface of what he can do. He figures to be a popular name heading into 2018, and could be a bit more expensive than he was this season.

Marwin Gonzalez (OF, HOU) - Gonzalez went 4 for 5 in the Astros 11-2 beatdown of the Rangers on Monday. His day included hitting his 23rd home run, and putting his home run total up to 85 on the year. On the season, the 28-year-old is slashing .302/.371/.531 and has been a nice surprise either as a waiver add, or a late round pick in deep leagues. Heading into 2018 he figures to be a nice later round source of pop for your UTIL or corner infield spots. His high average can be attributed in part to his .336 BABIP, which is up 25 points from last season. Gonzalez will be one of my favorites heading into the 2018 season.